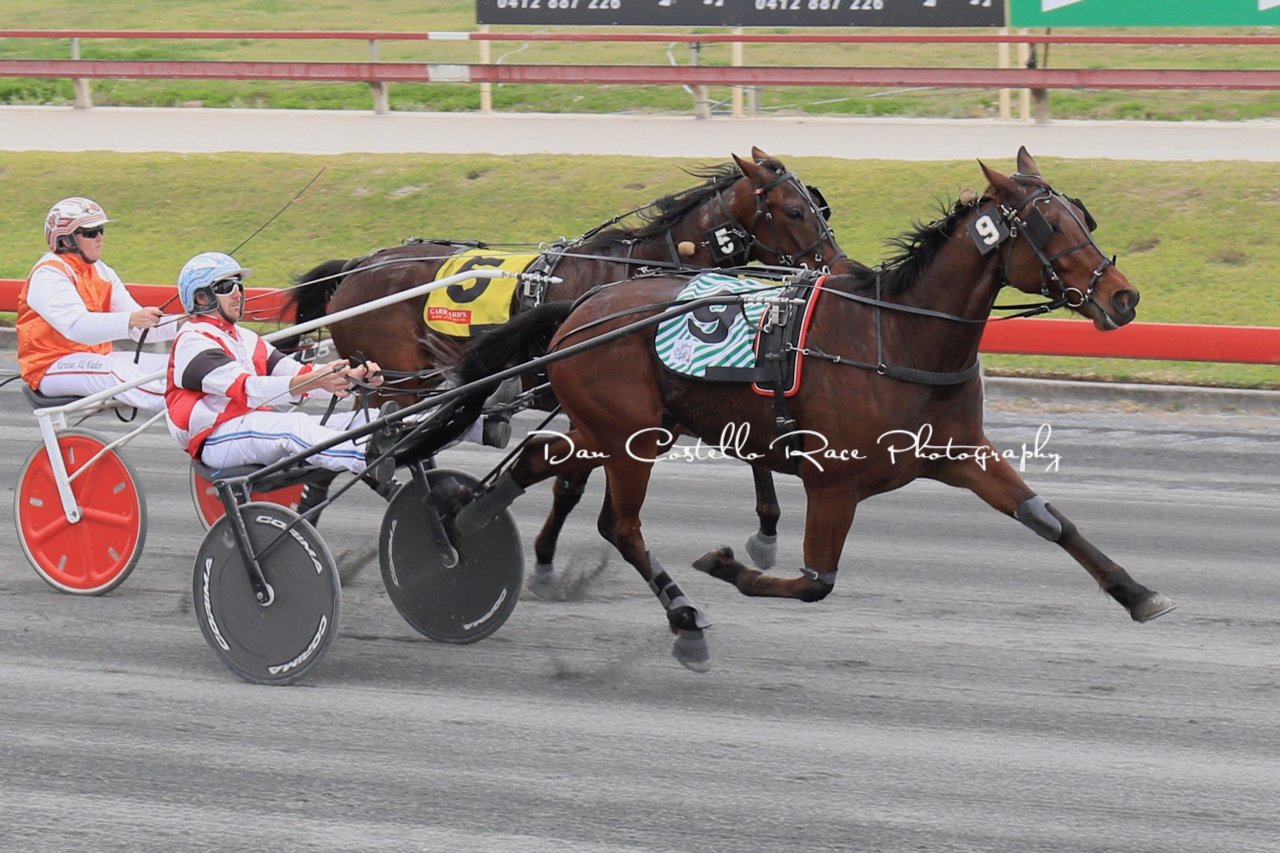 Greg The Great has stormed to No.11 on the all-time Australasian Premier Trotting Sale (APTS) graduates list courtesy of a big August to date.

The now Queensland based trotter (by Great Success out of Speedy Naomi) posted back-to-back wins at Albion Park on August 15 and 18 for trainer Graham Dwyer and reinsman Pete McMullan, taking his career earnings to north of $109,500.

This season alone Greg The Great has earned almost eight times his purchase price in stakemoney.

As a racehorse, Greg The Great’s dam, Speedy Naomi won 15 races from 88 starts for legendary Great Western trainer Peter Manning. At two she won a heat of the Australasian Breeders Crown series before galloping and losing her chance in the 2009 final.

Speedy Naomi bounced back to win at Moonee Valley two starts later before leading all the way to win a Vicbred Super Series heat at three.

In December 2008 Speedy Naomi overcame a 50-metre handicap to win at her ‘home track’ Stawell, which is no mean feat.

The mare couldn’t quite join the ‘winners at both Moonee Valley and Melton’ club, but she did run third in the four-year-old Breeders Crown Consolation at Tabcorp Park in 2009.

In the breeding barn, Speedy Naomi – a daughter of Safely Kept – produced four foals to race. Greg The Great was the first. Others are Hammers Law, 10 wins from 98 starts and currently campaigning in Western Australia, Avimore, a winner of two from 12 whose last win came in June at Bendigo, and Fancy, which ran second in the Menangle 2YO Trotting Foundation Final in June.

Visit the new-look APTS website for more information on the annual APTS sale, including Harness Racing Victoria's 'sales day special', which sees yearlings purchased eligible for the industry leading Vicbred program, the Need for Speed series and the Breeders Crown for just $1000 – a saving of over $500.

The Graduates page has also been updated to include all breeding information of the runners and a list of upcoming runners from the APTS.