The son of Brillantissime finished second to likely Derby favourite Elite Stride, beaten 5.5m at the Melton trials on Tuesday (see replay below). The colt showed gate speed to lead and fended off Andover Sun late in a 2:02.2 rate.

Kerryn Manning has scored the drive aboard Holzarte Vedaquais for the trotter's Down Under debut.

Holzarte Vedaquais is raced by a large syndicate of owners and is yet to miss a top-three finish in nine starts abroad, with four wins and $169,945 in stake earnings to date.

The first Derby heat lost one of its headline acts after unbeaten Majestic Son colt Cover Of Darkness was scratched by trainer Emma Stewart.

But New South Wales trotter Gimondi will be looking to improve his already impressive winning record (14 starts for seven wins). Driven by Greg Sugars, the Blake Fitzpatrick-trained son of Pink DNK cleared out for 9.8m win at Menangle at his first run this prep, rating 1:57.7 on October 13.

The second of the Derby heats, sponsored by Timoko @ Haras Des Trotteurs, will be conducted at 4.19pm (Race 8) and features the best three-year-old trotting colt and filly in the country. 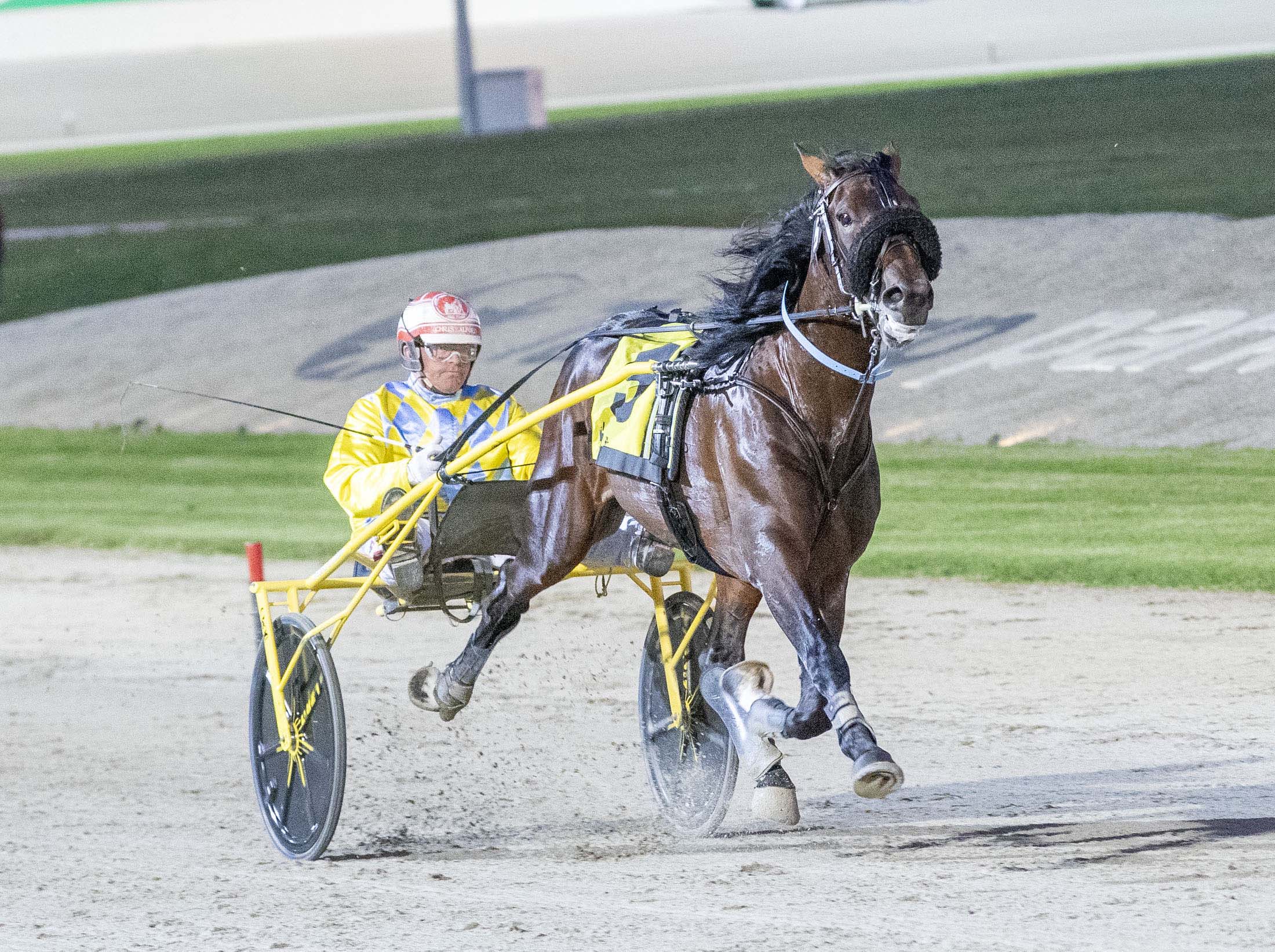 In May, Elite Stride claimed the New South Wales Trotters Derby in 1:57.9 over 2300m and he impressed in his racetrack return in the VHRC Holmfield on October 10, rating 1:56.6 to defeat Red White An Bloom by 3m at Melton.

However, so does his major adversary in the market today, Pink Galahs, a dual Group 1 winning filly from the Matthew Craven stable.

The Skyvalley filly upstaged champion open-ager Dance Craze to win the Group 1 Aldebaran Park Bill Collins Sprint at Melton on October 10 in 1:54.3 before backing up on October 17 with a 4.2m win in the TAB Victoria Trotters Oaks.

Pink Galahs will come out of barrier five today and is chasing her 12th win at start No.18.

Andover Sun (seven wins from 17 starts) will jump from gate six, while Red White An Bloom (four wins from eight starts) has a tricky task in barrier 11 but is showing promise for Chris Lang.

Twenty-two Australasian Premier Trotting Sale graduates will feature at Maryborough, while Come At Me contests the second race at Marburg to make it 23 APTS trotters in action today. See below for a full list of APTS upcoming runners.

Catch all the action today from Maryborough live and free on extended Trots Vision coverage with Rob Auber.