Graham: This rivalry has many chapters left to be written

One of the narratives of the 2020 season was the brilliant rivalry that developed between LADIES IN RED and TOUGH TILLY throughout their futurity features.

In a wonderful closure to their season-long stoush, Tough Tilly (pictured) turned the tables on Ladies In Red at their final meeting in the Vicbred Super Series, after the latter had seemingly had the advantage.

The battle of these brilliant fillies reignites this Saturday night at Ballarat when they go head-to-head in the Nutrien Argent 3YO Classic as race four on the card.

The count is currently 5 – 1 in Ladies In Red’s favour, and she also has the front row draw advantage this week with ‘Tilly’ the lone second row runner.

TAB currently has Ladies In Red as a dominant $1.28 favourite, where Tough Tilly maintains her underdog status as the $3.60 clear second elect.

With the Victoria Oaks, Breeders Crown and Vicbred Super Series all to be run within the next four months, this rivalry still has plenty of chapters left yet! 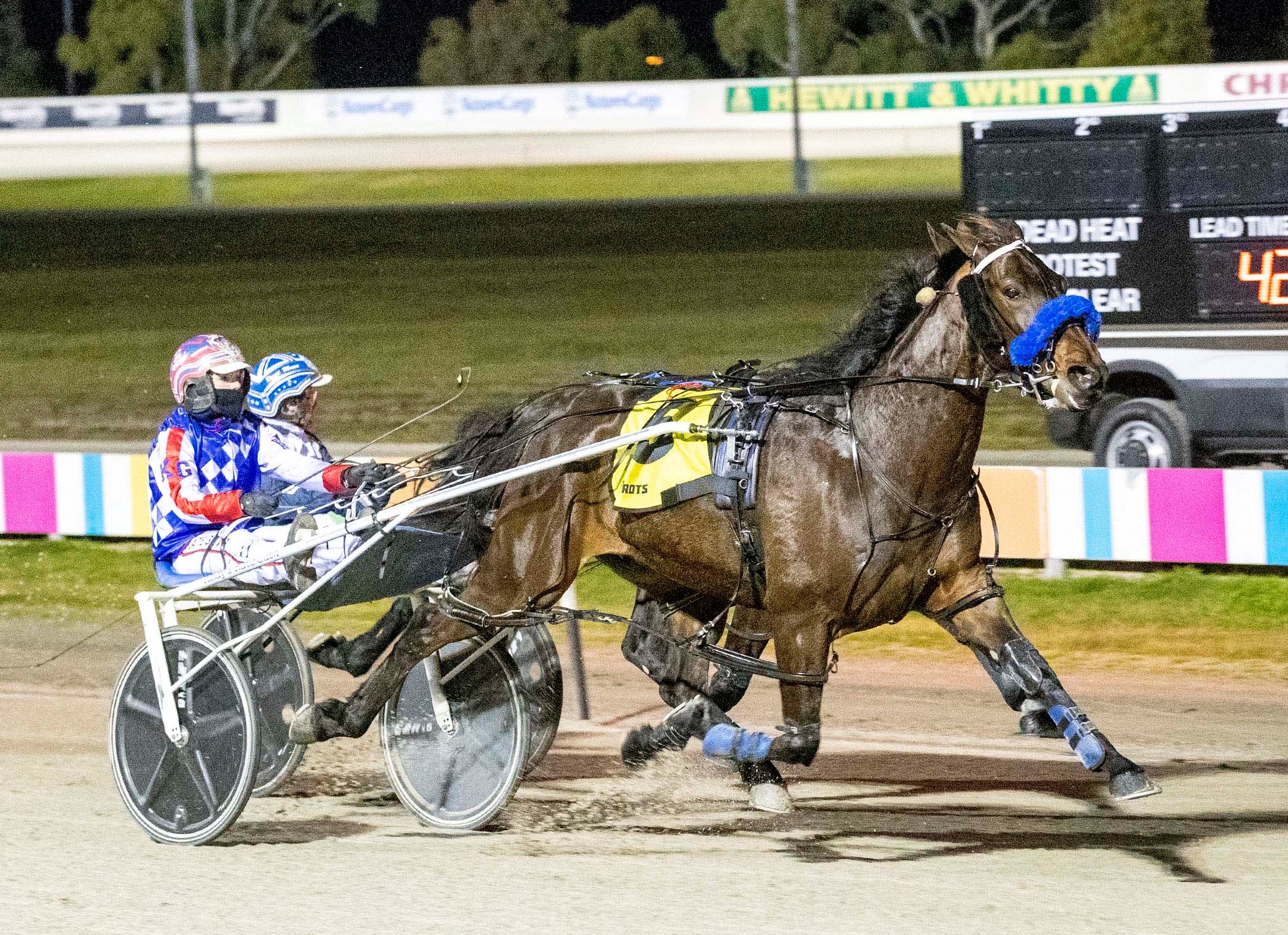 The Argent Classic isn’t the only feature race on the card out of Bray Raceway, with the APG Vic 2YO Gold Sovereign Final, TAB Gammalite Free For All and Allied Express Tailamade Lombo for the mares all to be hotly contested.

CATCH A WAVE created a strong impression on debut in his heat of the Gold Sovereign, and whilst showing his inexperience on a few occasions, was able to sprint a sharp closing quarter to salute.

MUSCLE BART couldn’t have been more impressive first-up for Emma Stewart in his professional heat victory, however will have to overcome the outside front row draw dealt to him to make it two from two for the new camp.

Whilst many of the top-liners will keep their powder dry this week before next Saturday’s Kilmore Cup, up-and-coming big race players TANGO TARA (pictured) and MACH DAN will do battle in the Gammalite. It will also see the comeback of SICARIO, who returns for another campaign and is also on the cusp of breaking through the half million dollar in earnings barrier.

Both being dealt second row draws, Tango Tara does have the fitness advantage over his more favoured rival, however looks to settle behind him from an inside second row alley. Mach Dan seemed to take a big step last campaign when successful during the Mildura Cup carnival in both the heat and final, before performing admirably behind EXPENSIVE EGO in the APG Final back in May.

While IOLANTA is an early scratching in the Tailamade Lombo as the final feature on Saturday night’s card, it has not made it a race any easier to work out!

All nine mares are genuine winning hopes with equal luck and TAB traders backed that up, opening five of the runners equal favourites at $5.50 earlier this week.

ENCHANTED STRIDE brings solid form lines back to mares-only company and has also been the most popular in early betting, but will now start from the inside of the second row, making Rodney Petroff’s task a little trickier.