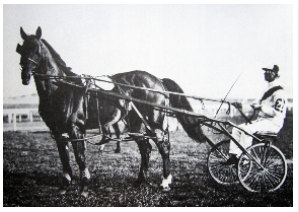 Edgar Tatlow, born 1889,  started driving team horses as a 12-year-old, in a mail coach run operated by his father from Stanley in Tasmania. Over 100 horses were required for this business

In 1928 Tatlow bought the then 16yo stallion Globe Derby from A.G. Hunter, and stood him at stud at Derby Lodge, Hagley. Globe Derby at stud created the “Globe Derby Empire”, siring 315 individual winners.

In 1938, Tatlow ventured to the USA where he purchased a successor to Globe Derby in Raider. 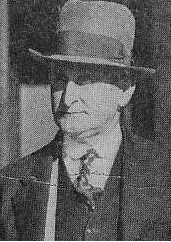 In 1948 with the advent of night trotting in Victoria at the Melbourne Showgrounds, Tatlow moved the stud to Epping, where he established the new Derby Lodge.

Raider (273 winners) died in 1950.  Tatlow then stood other stallions with limited success.

These were replaced by US imports Stanton Hal and Volo Chief, but Tatlow was not satisfied, returning again to the US where he selected the Adios horse Meadow Vance.

Tatlow’s  Derby Lodge  stallions dominated Australian harness racing from when records, (at best unreliable with no records during war years) )  commenced in 1938 with Globe Derby 1938-1942,  Raider 1948-1955, Meadow Vance 1970-1972 as well as Tatlow bred Springfield Globe 1956 and Aachen 1973  being the leading Australian stallions.

From the time he became a commercial breeder, Tatlow purchased innumerable top class fillies and mares to breed to his stallions. These included Ayr the dam of Springfield Globe and Van Derby,  Connenora the dam of Aachen,  and Nevada, dam of Para Derby and Nevamaid.