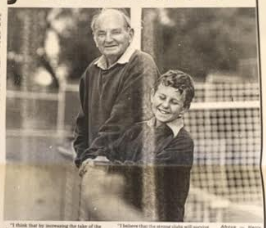 In 1950, the Riverine Herald reported that Harry Holmfield, a grazier from Womboota, NSW, just over the border from Echuca:

“made an auspicious entry in the trotting game, as his recent purchase, Pleasant Bob, confirmed his owner's judgment at the Melbourne Showgrounds on Saturday night when he won the Trotters' Handicap comfortably. Although he paid over £2000 for Pleasant Bob he stated at the time, he is now a cheap horse for he was heavily backed on Saturday night.”

Harry Holmfield’s contributions to Victorian trotting are many:

He raced many trotters and pacers. Among his trainers were Bill Rothacker and his son Gordon, Frank Shinn, Gus and Ted Zimmer and Ken Pocock.

Among the horses that Holmfield raced are:

In 1990 a metropolitan race for 3yo trotters, the Holmfield was established in Harry Holmfield’s honour.