Noble Scott (U Scott-Widow Volo) was foaled in 1940 at the famed New Zealand Roydon Lodge of Sir John McKenzie.

His sire, U Scott is the greatest sire ever imported into New Zealand. He was the leading stake earning sire of New Zealand on nine occasions, topped the broodmare sires list on ten occasions and the Australian list six times.

In 1953 Jack Campbell of Barrakee, near Charlton bought Noble Scott from the Abrahams, for a then Australian record price of over six thousand pounds.

He stood at Loddon Valley stud Durham Ox, for 12 seasons.

Noble Scott sired 301 winners in an era when there were limited opportunities as year round metropolitan racing was yet to be introduced. 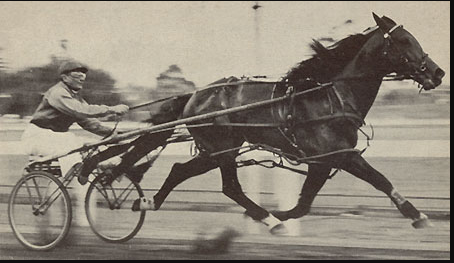 The 1989 Inter Dominion winner Jodie’s Babe is a descendent of a Noble Scott mare, as is the 1:40.9 star Heaven Rocks.