What needs to happen for my horse to be eligible for the Breeders Crown?

A horse bred anywhere in the world can be made eligible for the Breeders Crown, providing the relevant fee schedule is followed.

Studs are required to nominate their stallions for the Breeders Crown if they wish for foal owners to be eligible for reduced Foal Nomination fees.

This nomination is due by 1 October of the foaling year and the relevant charges are invoiced to the stud the following year.

In any Breeders Crown Final, the 'Stallion Nominator' will receive 5% of the prizemoney won by any horse for which they have paid the relevant stallion nomination.

For stallions registered and standing in Australia or New Zealand for the relevant season (20/21 season):

b. For live foals born in New Zealand = $A22 for each live foal

For stallions registered and standing in the Northern Hemisphere for the relevant season (20/21 season):

Foal nominations are due by 30 June during the season your foal is born (series 26 will be the 20/21 season).

a. If the foal is by a Breeders Crown Eligible Stallion = $A38.50 (includes GST) per mare

b. If the foal is by a non Breeders Crown Eligible Pacing Stallion = $A330 (includes GST) per mare

c. If the foal is by a non Breeders Crown Eligible Trotting Stallion = $A198 (includes GST) per mare

After the 30th of June, late fees are will be applied. Contact HRV Futurities to confirm applicable fee.

Yearling (or Series) nominations are due by 31 August when your horse is a yearling. You must nominate your horse to remain in the series.

The fee to nominate one yearling is $A253.

You may elect at this stage to pay a Series Fee instead of a Yearling Fee.

Age Acceptances invoices are raised on 1 December and payment due by 31st January. These apply to 3YOs and 4YOs.

If you paid a Series Fee as a yearling, then you do not need to pay any Age Acceptance Fees.

If you did not pay a Series Fee as a yearling you will need to pay Age Acceptance Fees to remain eligible to compete in the Breeders Crown race series.

An Age Acceptance Fee costs $A451 for one year.

If you dchoose to not make your horse eligible for their 3YO season you can still pay up for their 4YO season.

What needs to happen for my horse to be Vicbred eligible? 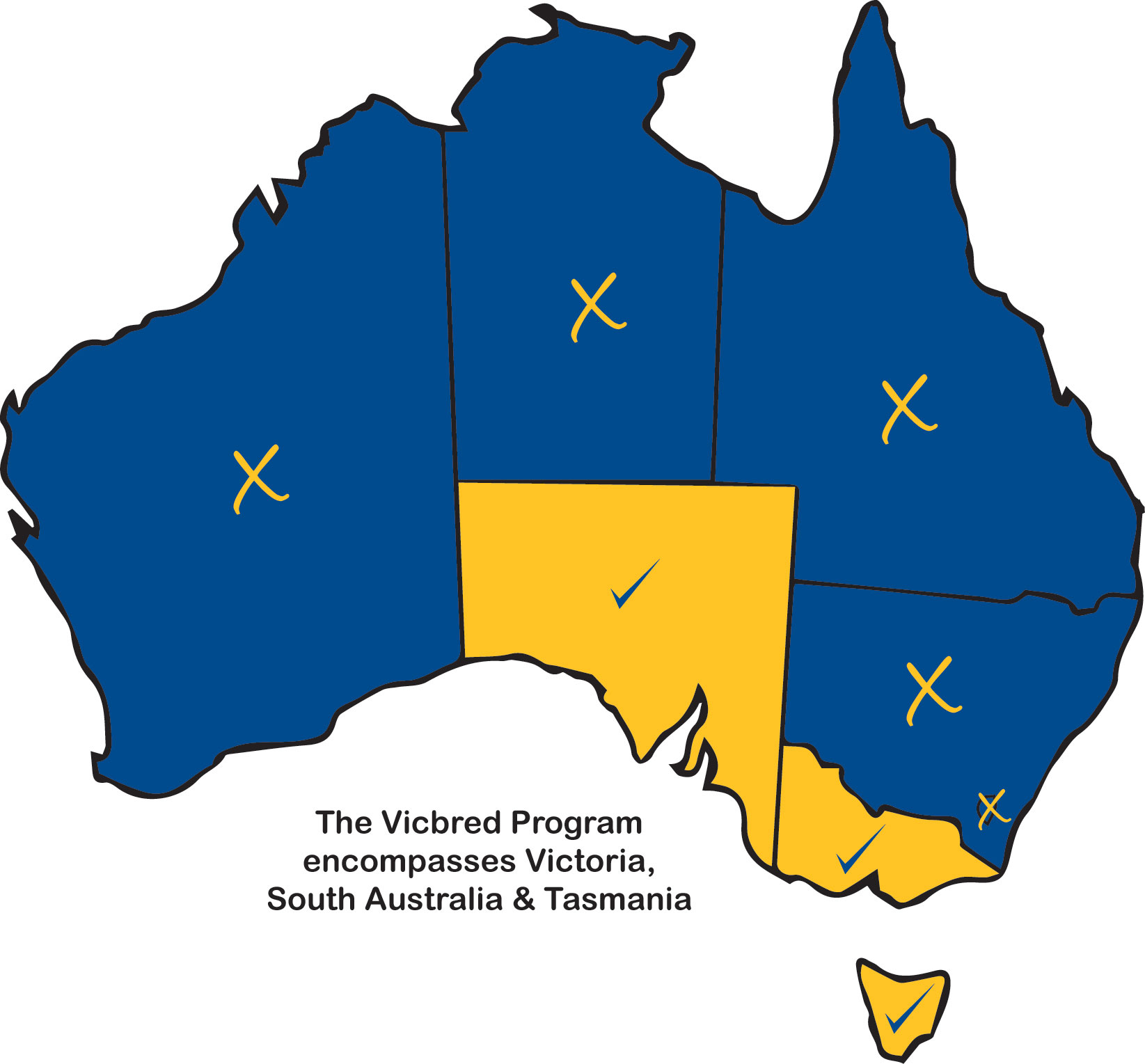 If your mare is served by a stallion who is standing in Victoria, South Australia or Tasmania during the relevant breeding season either of these two options can apply:

If your mare is not served by a Vicbred Stallion, she must be inseminated in and foal in one of those states and her foal must be notified to HRV. The fee for this scenario varies as below:

If your mare is not located in Victoria, South Australia or Tasmania and you don’t breed her to a sire based in one of those states, you are unable to make the resultant foal Vicbred eligible.

There are no yearling fees under the Vicbred program.

A 2YO age acceptance fee of $220 is due by the 1st of December (one month before your horse becomes a 2YO for racing purposes). At this point you may instead choose to pay a higher fee of $440 which will make your horse eligible for its 2YO, 3YO & 4YO seasons.

If you don’t contact HRV prior to the 1st of December to accept (age or series) you’ll automatically be invoiced for the relevant $220 age acceptance fee. If you fail to pay the invoice by the 31st of January your horse will automatically be withdrawn and will no longer be Vicbred eligible for that season.

If for some reason you miss the deadline but still want your horse to be Vicbred eligible, the following late fee structure applies:

Vicbred First Win Bonuses are only payable where payment has been received and processed and may not be backdated.

If you don’t choose to make your horse eligible for their 2YO season you can still pay up for their 3YO or 4YO seasons.

What needs to happen for my horse to be Vicbred Platinum eligible? 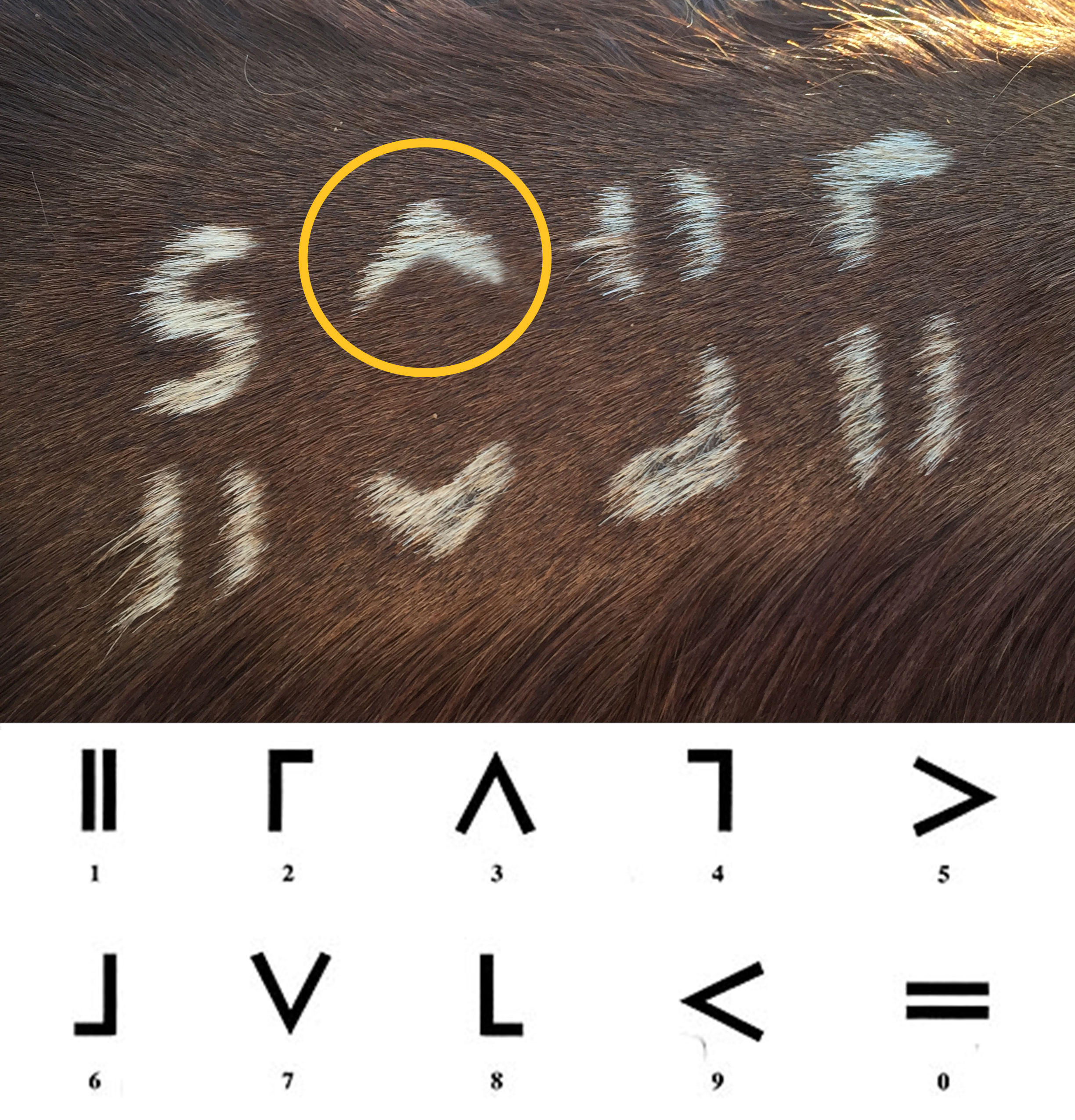 In order to be eligible for the Vicbred Platinum program, your horse needs to meet the standard Vicbred criteria and also have a Victorian freeze brand.

The first symbol of a standardbred freeze brand is an 'S'.

The next symbol represents the branding state.

A Victorian freeze brand is distinguishable by a number '3' as the second symbol - represented as an upward arrow. (See picture on the right)

The other states are represented by the following numbers:

The next two symbols represent the year the horse was born.

Looking at the brand in the photo we can tell that the horse was born in 2012.

Brands are generally located on the off-side of a horse's neck.

(b) an Age Acceptance fee was paid for the relevant season.

A Vicbred horse 5YO or older may contest Vicbred races for which they are eligible irrespective of whether or not an Age Acceptance Fee was paid as a 2YO, 3YO or 4YO.