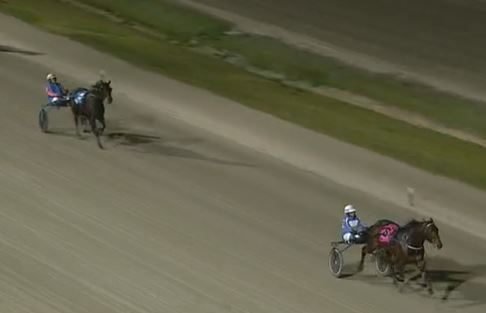 Built off a 26-second third quarter the five-year-old notched a 14th win in his 15th start and in doing so became only the second horse to win in Victoria in a sub-1:50 mile rate, having been only 0.4 of a second outside lead rival Lochinvar Art's spectacular 4YO Bonanza time.

The performance only further whets the appetite of a mooted clash between David Moran's Lochinvar Art and Tonkin's Ride High, with the star pacers so far landing blows in successive Saturday nights.

For now the spotlight returned to reinswoman Kima Frenning and her pacer affectionately known as 'Chainsaw'.

"There's been a bit of talk about how he hasn't beaten a lot and he's got to prove that he's really good and I think he just did that," Frenning told Trots Vision post-race. "Plugs still in and he does it so easy, it's just crazy."

An aggressive Josh Aiken drive on Sirletic brought the best out of Ride High, with the former leading from gate four and running 27.6 and 27.8 first and second quarters as the trailing $1.04 favourite advanced from the back row to the running line and then the breeze.

The pair then exploded through a 26.1-second third quarter that dropped the remainder of the eight-horse field, with Ride High surging ahead from the running line with an extraordinary burst of pace into the final term and becoming a conclusive 21.4-metre winner come the finishing line.

Unchallenged and with plugs still in down the final straight he got home in 27.5 seconds to complete the record mile rate, almost three seconds quicker than the time Aiken set with Leonidas at Bendigo on June 6. 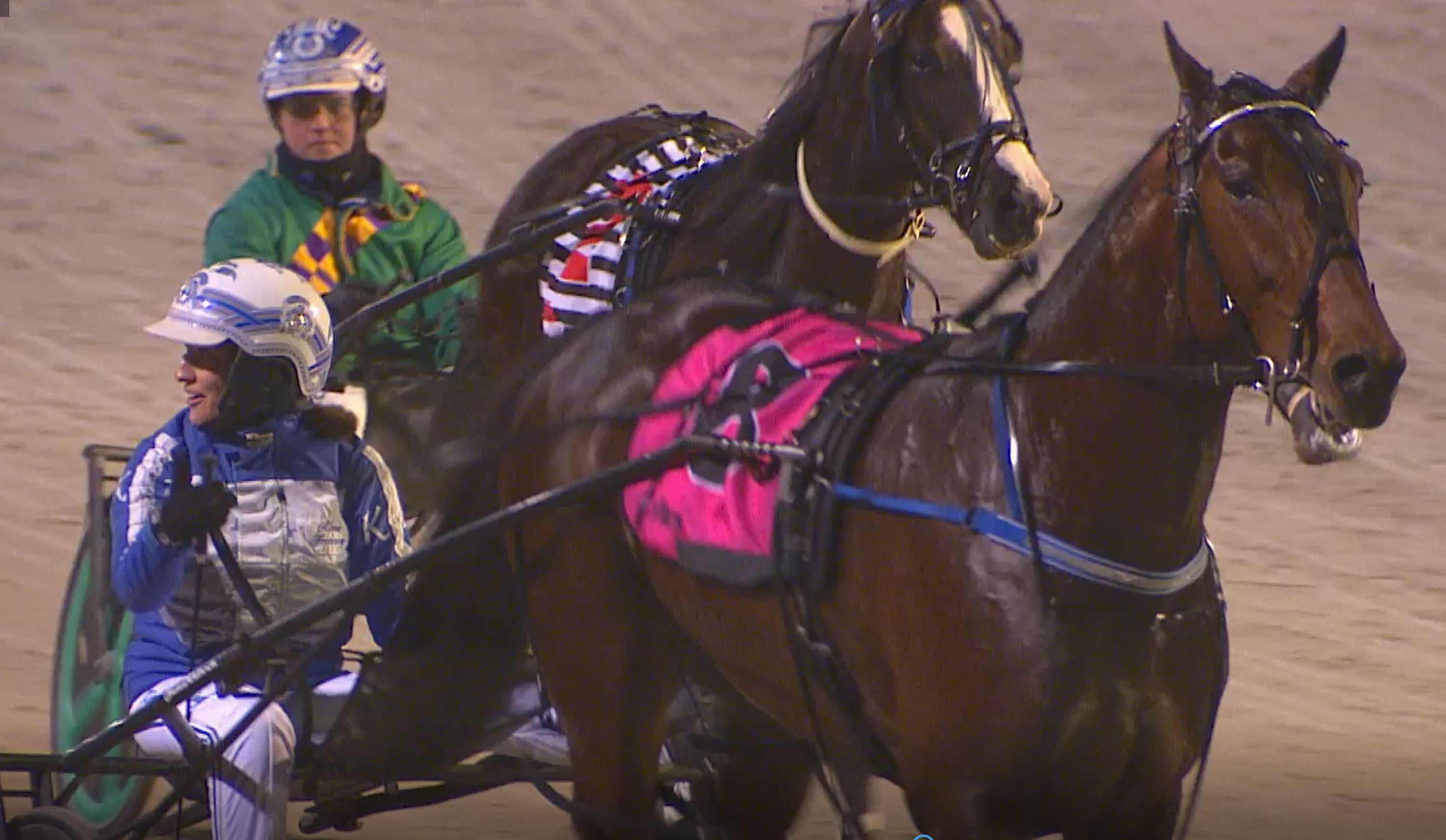 "We fired him off the gate all his starts prior to this one and then to be able to come off the back row and relax, be off their backs and then take off and do what he did ..." Frenning said. "I mean, he doesn't spend any more energy than what he has to. I think that makes him a really, really good racehorse.

"He never carries on, he never pulls. I drove him in a trial a couple of years ago now and I sat him up, he dropped the bit and as soon as I pulled out he just went. He's got the whole package. I have still never pulled the plugs on him."

It's a fourth successive victory for Frenning and Ride High this campaign and another stunning 53.6-second last half, completing an extraordinary sequence of last 800-metre records having previously gone 52.7 seconds (Melton), 53.6 seconds (Melton) and 53.4 seconds (Ballarat).

Tonight at Bendigo his 26.1-second third quarter was the quickest ever recorded at the track, toppling Sir Briggen's 26.7-second quarter set in a concession drivers pace, as well as being the quickest ever last half, having been some 1.9 seconds superior to Leonidas' mark.

"I"m just so grateful that I get to be the littlest part of this horse's journey and it's super special," Frenning said.

And the exciting part is there is no doubt more to come, with King Of Swing and Cash N Flow outstanding in Sydney, Chicago Bull back to his best in Perth, several front line Kiwis returning and a battle with Lochinvar Art looming.

"There are more of the better ones coming through - Self Assured raced (Friday) - it's going to be really exciting when they all come together," Frenning said. "I wouldn't swap mine for anyone."