It was expected to be a night of New South Wales-trained dominance in the Group 1 Australian Pacing Gold four-year-old finals at Tabcorp Park Melton, but it didn't quite play out exactly as most anticipated.

While Expensive Ego was a dominant winner of the $210,000 APG 4YO Entires and Geldings Final for Cobbitty trainer Belinda McCarthy, the Anna Woodmansey-prepared favourite Pelosi was well beaten in the mares' division by fellow interstate raider Michelle Lee Mac.

Expensive Ego's triumph looked effortless, with the Chariots of Fire winner and Miracle Mile runner-up adding a fourth Group 1 to his resume. Driver Luke McCarthy let Jilliby Nitro shoot to the lead from his barrier seven draw, but quickly took up the front-runner's position and never looked back. He raced clear with a last quarter of 27.7sec to defeat Pacifico Dream (Andy Gath) and Mach Dan (Emma Stewart) in a mile rate of 1:52:1min.

"We weren't there to break any records or anything, we just wanted to get the job done and he done that really well," Luke McCarthy said.

"He's a cool horse. He's still a stallion - he's a beautiful stallion - and just a pleasure to drive."

Saturday night’s victory took Expensive Ego's record to 14 wins from 19 starts and over $500,000 in prizemoney, with attention now turning to the Group 1 The Rising Sun. Connections were the first to accept an invitation to the newly-created $250,000 feature in Queensland, which will be held during July.

"If he stays sound, he's got a massive motor and hopefully there's some good races in store for him," McCarthy said. 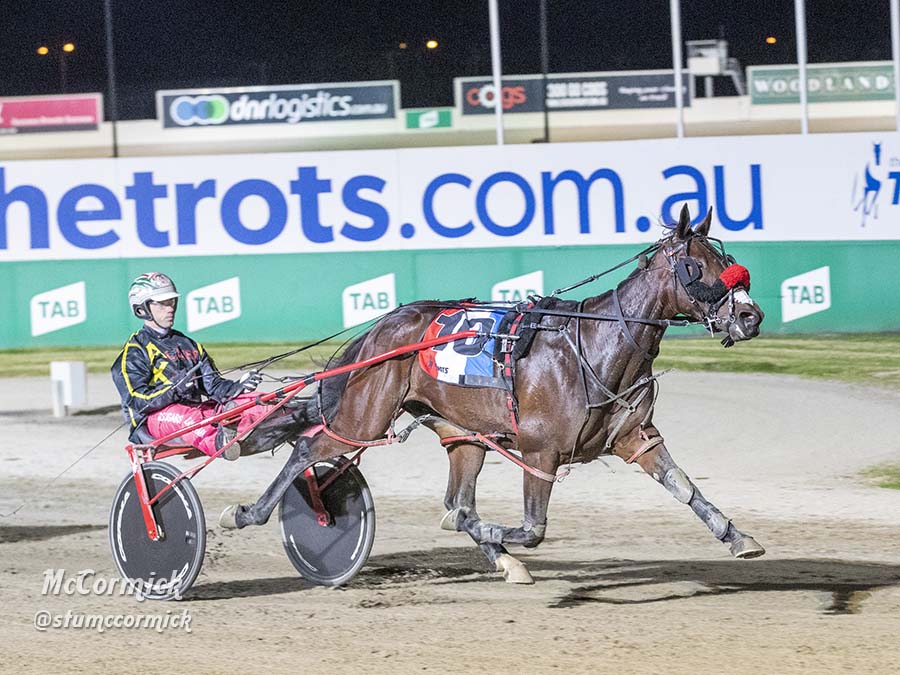 It was an emotional triumph for husband-and-wife training duo Dean and Kerry McDowell when outsider Michelle Lee Mac scored a decisive win in the APG 4YO Mares Final.

Its Beaujolais speared across from the outside of the front row to leave Pelosi posted, which allowed Michelle Lee Mac’s driver Greg Sugars to find a lovely spot one out and two back for much of the 1720m trip. With Pelosi under severe pressure approaching the turn, Sugars eased the daughter of Bettors Delight out and she sprinted clear to win by close to 7m on the line. John Yeomans trained both the second and third horses across the line, with Its Beaujolais and Its Ebonynivory filling the minor placings.

"Nothing more exciting than that - that was a real thrill," Kerry McDowell, who is based in Wallacia, NSW, told Trots Vision after the race.

"I lost my voice in screaming... I was screaming and jumping up and down. I think everybody heard me." 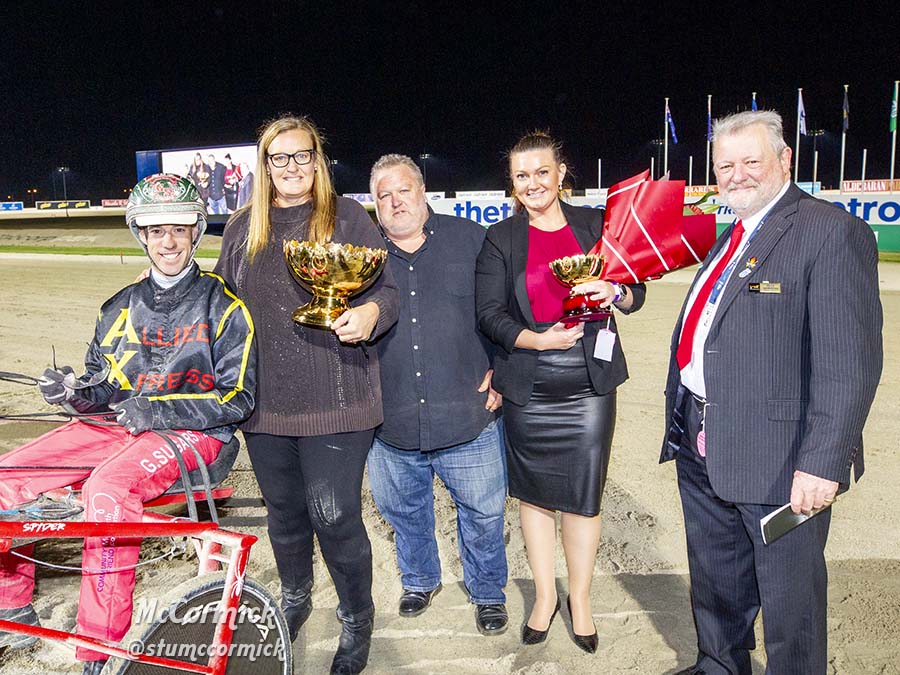 Michelle Lee Mac, who finished fourth in the NSW heat behind Pelosi last week, is a two-time Group 1 winner after taking out the Gold Tiara Final as a two-year-old at Bathurst back in 2019. She's now won eight races from 31 starts, with earnings surging past $250,000.

"She's been unlucky in a couple of other Group 1 races. She's been knocked down a couple of times so we hadn't seen her true form back then, but when she's got it all together and clear racing, you can see that she can perform with the best of them."