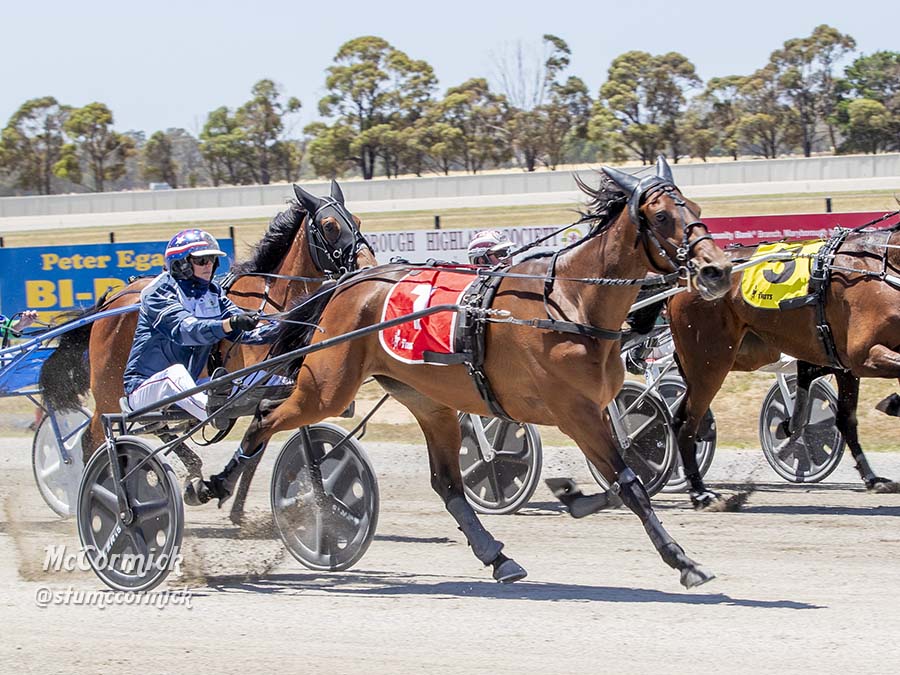 Graduates of the Australasian Premier Trotting Sale captured five heats across the three age groups of the Vicbred Super Series for trotters run at Maryborough and Melton.

Just A Bit Touchy (Father Patrick-Gypsy Flair) was knocked down for $37,500 at the 2020 sale, Utopia (Trixton-Gluteus Maximus) fetched $30,000 at the 2019 sale and Aldebaran Zeus (Muscle Hill-Zoia Boko) was passed in at the same sale.

Ofortuna (Majestic Son-Fortunate Phoenix) and Rules Dont Apply (Muscle Hill-Abandoned Annie) were sold for $21,000 and $20,000 respectively at the 2018 round of sales.

Another recent winner from the APTS sales was Tam Oshanter (Bacardi Lindy-Ima Tartan Tease), who notched her third success at Albion Park and seventh lifetime. Bought for $13,000, the gelding has earned $55,230.