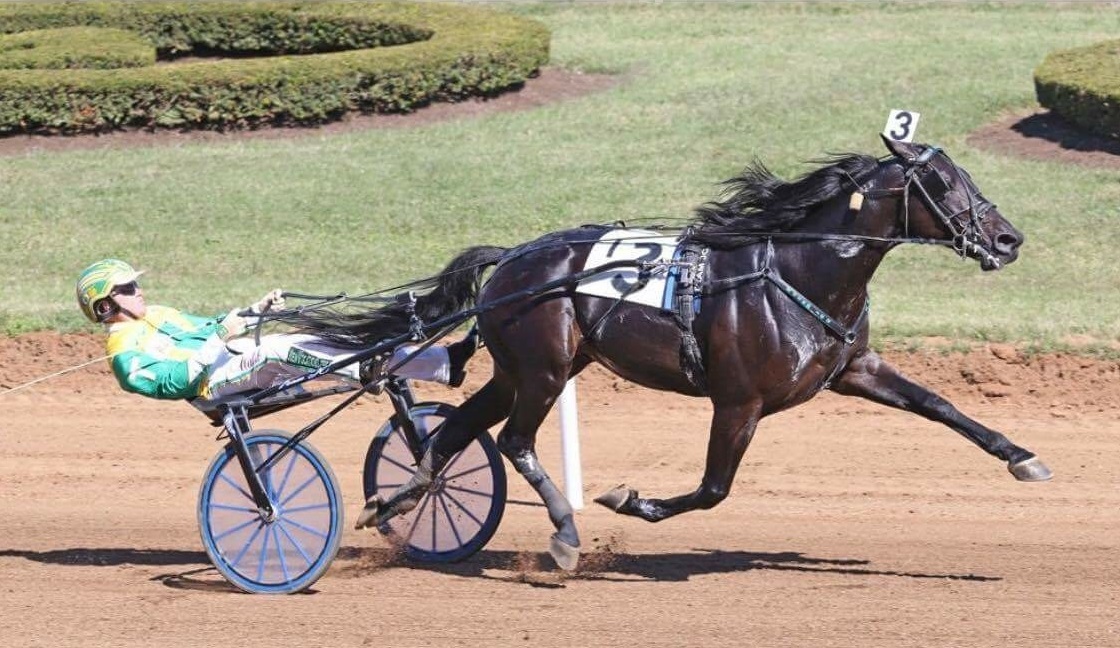 The Group 3 $25,000 Vicbred Super Series 2YO Silver Trot, run at Geelong, was a triumph for the Australasian Premier Trotting Sale as Aldebaran Boyd (first), Hes A Hammer (second), Mojito Madness (third) and Hillside (fourth) were all well-performed sale graduates.

Aldebaran Boyd, a colt by the deceased Aldebaran Eagle (pictured) and one of his first crop, was passed-in after failing to make his reserve of $12,000. He was later sold privately to the Lee family of Terang.

They were out of Aldebaran Revenue, who was by the Swedish bred Revenue from Maori Lindy, the dam of the smart racemare Aldebaran Maori who left Breeders Crown champion Kyvalley Kyrie and Fear Not.

Hes A Hammer (Andover Hall-She’s An Image) sold for $55,000, Mojito Madness (Bacardi Lindy-Sunny Folly) was passed in and Hillside (Quaker Jet-My Serene Queen) was knocked down for $9000.

A half-brother by Father Patrick to Hes A Hammer will be offered as Lot 237 at the Nutrien Equine Standardbred Yearling Sale at Oaklands Junction in April.

Other recent winners from APTS have been the three-year-old Abbracciami (Trixton-Another Starlet), a very impressive winner on debut at Ballarat’s Boxing Day meeting, and the Albion Park winner Melpark Magic (Muscles Yankee-Elusive Charm). The latter has now won 12 races and $109,550 in stakes.