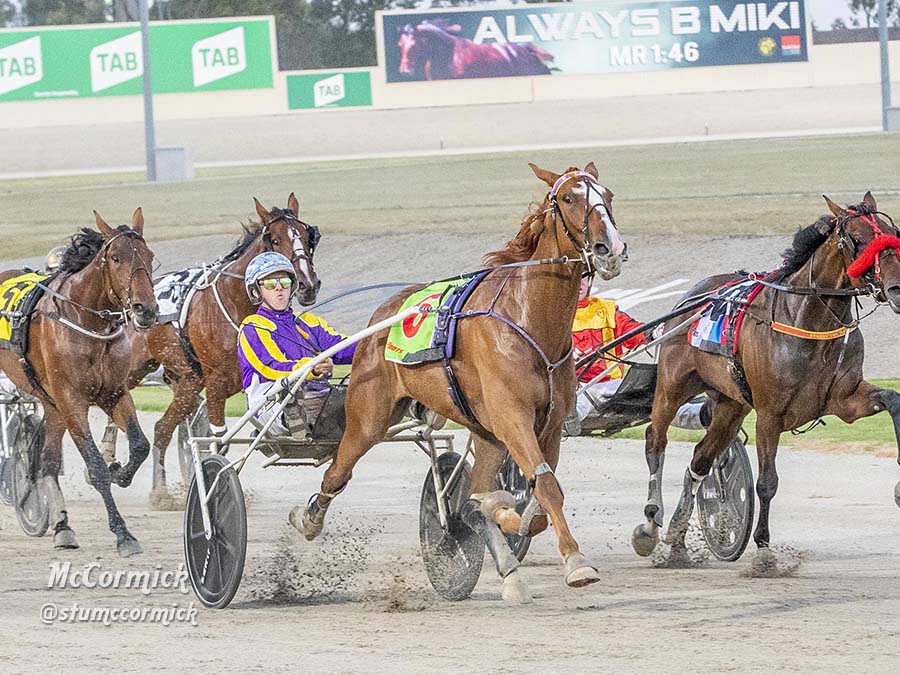 The results of the Aldebaran Park Vicbred Super Series Finals provided a massive boost for the Australasian Premier Trotting Sale to be held at Oaklands Junction on Sunday, February 7.

APTS sale graduates won five of the six trotting finals contested, including producing the trifecta in the $100,000 two-year-old colts and geldings’ final with Dont Care, Bromwich and Aldebaran Zeus.

Banglez (Majestic Son-Gypsy Flair), who captured the two-year-old fillies’ division, was bought at the same sale for $14,000, the three-year-old champions Is That A Bid (Andover Hall-Elusive Charm) and Majestical Belle (Majestic Son-Avid) realised $20,500 and $6,000 respectively at the 2018 sale and the four-year-old mare Keayang Livana (Imperial Count-Poignant) was secured for $8,500 at the 2017 APTS sale.

There have been 10 individual Vicbred Super Series winners from the APTS sales and they won have 12 Finals between them.

Endsino, the winner of four Group races and $185,202, will be represented by her second foal, Aldebaran Jensen (Lot 145), a colt from the first crop of the exciting, young Muscle Hill stallion Aldebaran Eagle.

Keayang Livana features prominently in the pedigrees of Lot 102, a colt by Bacardi Lindy from Gluteus Maximus ($104,855) and Lot 139, a Trixton filly from Broadacrossthebeam, a half-sister to Gluteus Maximus.

To order a sale catalogue or to view the catalogue online simply click on the links on the website www.apgold.com.au