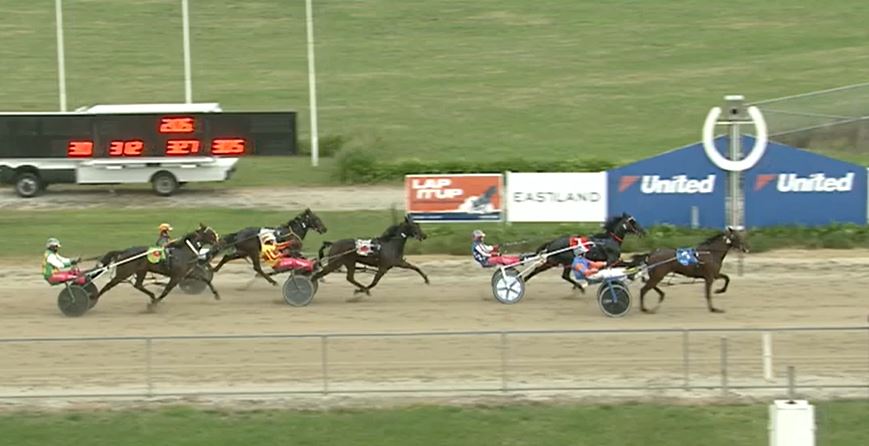 The 16-year-old scored a memorable first success in the sulky at Yarra Valley this afternoon, piloting My Golden Eagle to victory in the Hi-Style Building Group 3YO Maiden Pace.

Crossland, the son of well-known trainer-driver Laura, settled last in the small field of six and came with a sweeping run in the home straight to charge past leader and odds-on favourite Whiskey And Rye.

“It was very good, very exciting and a big moment. It was pretty good going across the line,” Crossland told thetrots.com.au.

“At the top of the straight, I was a bit worried because Kate (Gath on Whiskey And Rye) had a bit of a kick on me and she looked like she wasn’t travelling too bad. I was travelling good and about 50m out, I knew I had her.

“It was a big thrill. It felt awesome.”

The breakthrough success was even more special due to the fact it was for long-time friend and master trainer David Aiken, whom Crossland now works for on a full-time basis.

“It was really good to win for David Aiken and especially on this horse, too. He’s not a bad horse to have around, he’s one of my favourites and it’s his first winner.”

Crossland’s maiden win came at his 20th drive, while it was My Golden Eagle’s first success at start 10.

The young driver will be back in action at Friday night’s Shepparton meeting, where he has a handful of bookings.

WATCH CROSSLAND'S WIN WITH MY GOLDEN EAGLE BELOW: