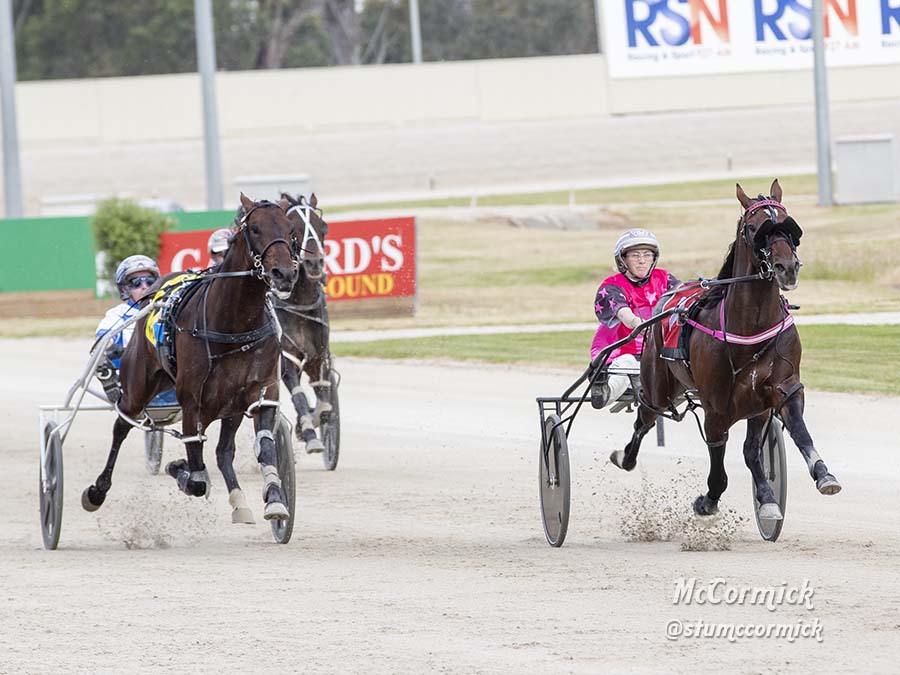 Owner Anne Anderson said the horse pulled up sore in a hind leg after trackwork at trainer Emma Stewart's stables on Wednesday and had been withdrawn from the Group 1 feature for precautionary reasons.

"He'll be obviously going to the Ballarat vets and we will see what the outcome is there," she told thetrots.com.au.

"All I know is that they weren't happy with him when he pulled up yesterday at Emma's."

The scratching opens the door for emergency Kowalski Analysis to gain a start in Saturday night's race, with the Matthew Craven-trained up-and-comer to leave from barrier 10.

Anderson said her horse had seemingly been progressing well after his most recent seventh placing in the Ultimate Machete Vicbred Super Series 4YO Colts and Geldings Final on December 31.

"He's been terrific. He's been one of those horses that you love to have at Emma's because he has never put in a wrong step," she said.

"We were looking forward to the few races he has got coming up and especially with the random barrier draws because that helps Harley. He has got to draw the front.

"I don't know that he would have won (the Ballarat Pacing Cup) over that (2710m) distance - that was always a query for me - but at the same time it was nice to draw two."

Anderson said next month's Del-Re National A. G. Hunter Cup hadn't really been part of her plans with the son of Bettors Delight, with a crack at the Miracle Mile a more likely major target.

"We were just going to look at some other country cups for him and maybe even the Miracle Mile, but we just don't know now. It's just wait and see, and see what the vet tells us."