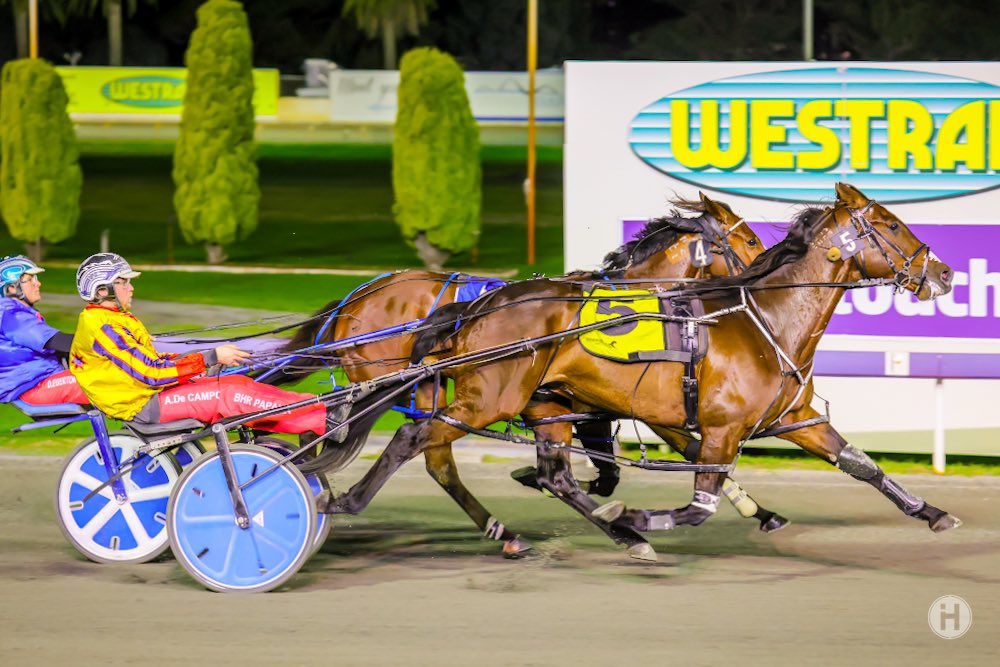 Superstar pacer Shockwave's season is over just when it was hotting-up.

Devastated trainer Ryan Bell confirmed the five-year-old had injured his offside front leg, but the full extent won't be known until the area is scanned.

"We can't believe it. The season is over, the WA and Fremantle Cups are gone (in January)," Bell said.

"We're not sure what it is. He came through his last run as good as ever, maybe he's taken a wrong step in work this week or done something to himself in the paddock? Whatever, it's a huge blow because he'd come back so well.

"It'll be a month or so before the swelling is gone and we can get it scanned. We don't know what it is or how bad it is, but there's clearly a problem."

This is the third significant setback Shockwave's endured in a career which has netted 19 wins, 17 placings and almost $520,000 in earnings from his 47 starts.

It was Shockwave's three wins from as many starts on the comeback trail after a bleeding attack last November which had the whole of Australia so excited.

Bell and driver Aiden de Campo were adamant Shockwave had gone to another level.

"We're jinxed I reckon," Bell said. "Every time we lock-in an interstate trip with him, something goes wrong. This is the third time. It was only last weekend that Kevin (Jeavons, owner) and I mapped out his trip to Victoria.

"It's so hard to take when you've already been through what we have with him and got him back going better than ever.

"Now we can just hope the scan looks as good as possible and it's a matter of when, not if, we can get him back again."