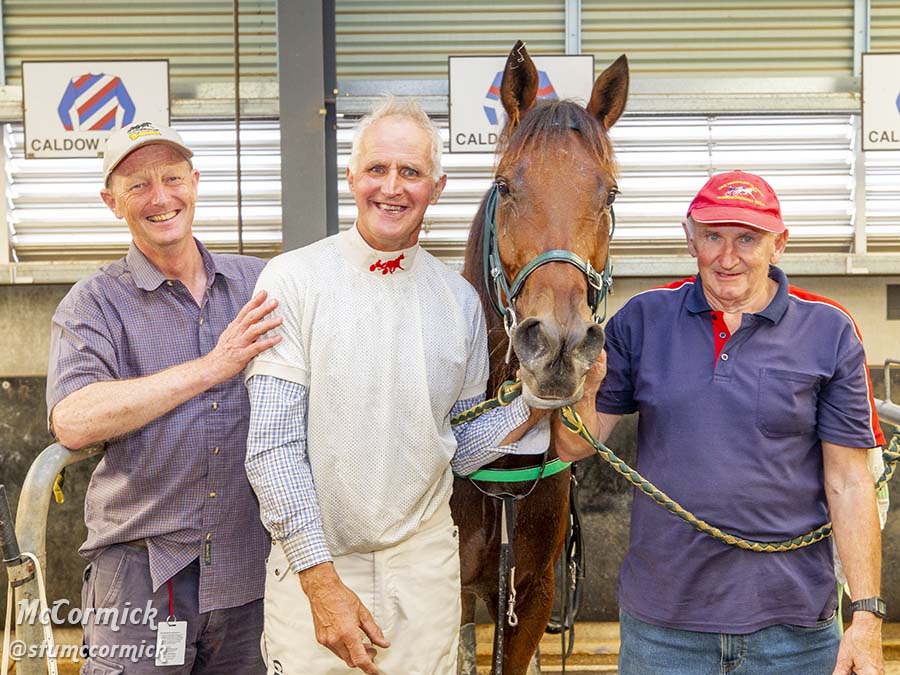 Once in a while a modest race win for a diehard owner, trainer or driver with a lifetime of passion for harness racing reveals a back story of just how that individual was captivated by our sport and remains so to this day.

The success of four-year-old trotter Captain McCraw at Melton on Wednesday afternoon provided one such insight.

Cranbourne based hobby trainer Terry Franklin first took out a trainer's licence more than 20 years ago and Wednesday’s success with Captain McCraw was just the third of his career and his first since 1998.

But Franklin remains as infatuated with harness racing as he was in the days of the Melbourne Showgrounds following the likes of Bill Davies and Gordon Rothaker.

“I loved getting along to the Showgrounds and by chance I answered an advertisement in the Sporting Globe to join Kevin Hill at Beveridge helping out on weekends,” Franklin explained.

“There was no money involved, it was just a great opportunity to learn. I travelled from North Balwyn to Beveridge most weekends for years and Kevin and I are still good mates.”

Now 66 years old and happily retired with wife Roz, Franklin makes the daily trip from the family home in Murrumbeena to the Cranbourne Training Centre to work Captain McCraw alongside his fellow trainers at the centre.

One of those trainers who has been instrumental in Captain McCraw’s maiden win is Scott Ewen.

Ewen has piloted the gelding in all his 22 career starts to date but is campaigning his own team at the Mildura Cup Carnival and so relinquished the winning drive at Melton to Glenn Conroy.

“Scotty Ewen has done as much to educate this horse as anyone. I couldn’t overstate how big a help he has been and it’s just a pity he wasn’t in the sulky today. He spoke to Glenn at Melton on Saturday night and went over today’s race and how he thought the horse might best be driven. To his credit, Glenn drove the perfect race.”

Purchased by Franklin on one bid of just $4000 at the 2018 Australasian Premier Trotting Sale, Captain McCraw is by the consistent percentage sire Bacardi Lindy from Miriama, who in turn is an unraced daughter of Sundon and the handy racemare Susan.

With the first edition of the Nutrien Equine Standardbred Yearling Sale coming up this weekend it’s not unreasonable to think that a cashed-up Franklin might be tempted to contemplate another purchase.

“I think I’ll probably head out at this stage,” Franklin said with some trepidation. “I won’t be spending a lot if I do but I’ll have a look and if something takes my eye who knows.”