No love lost for Gath despite Charlton Cup-bound trotter's "shocker" 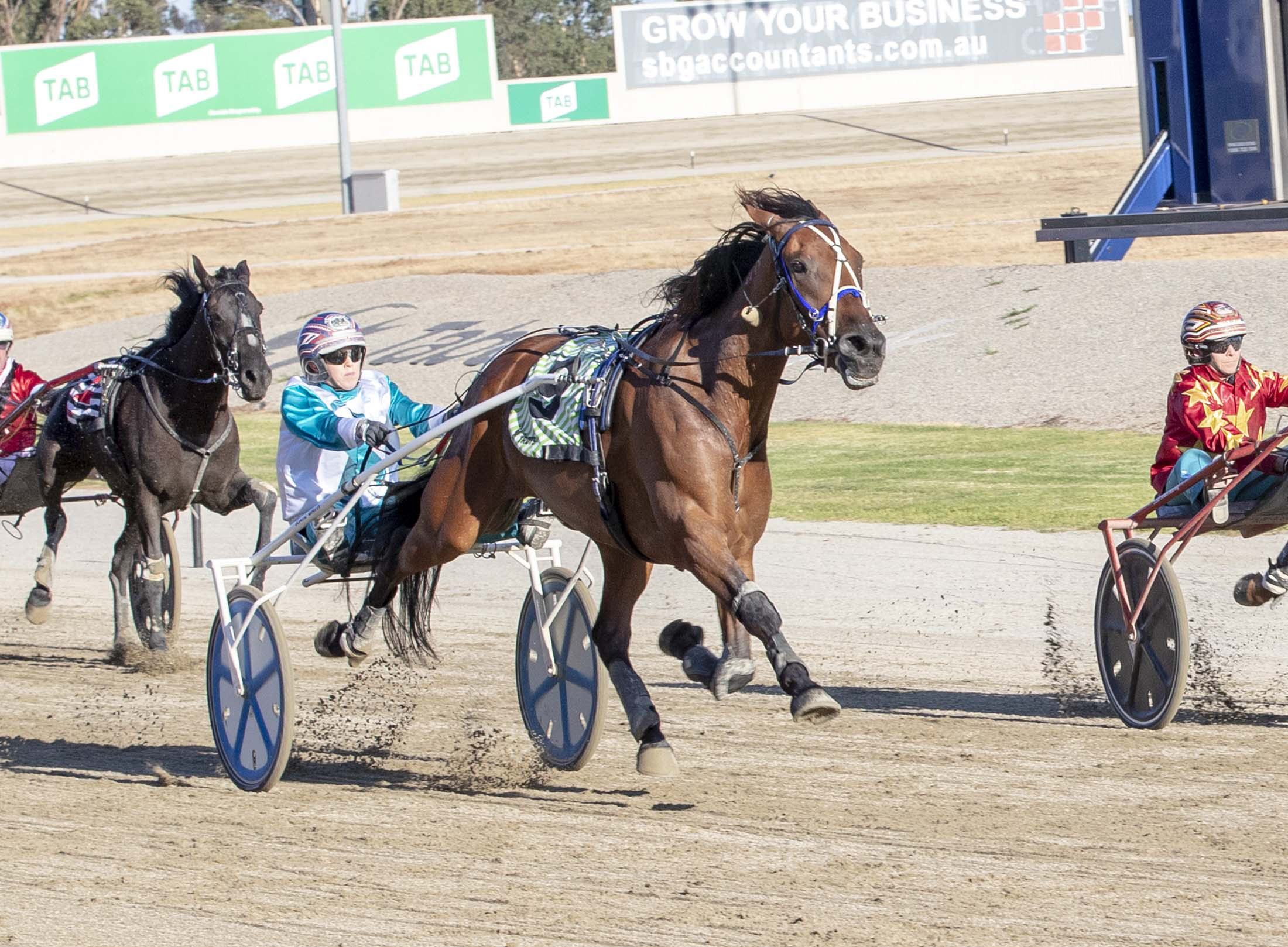 Andy Gath is hoping promising trotter McLovin can bounce back from his first defeat in Australia last week and use Saturday night’s North West Ag Services 2019 Charlton Trotters Cup as a springboard to the top.

Gath said McLovin, who has drawn the pole in the Group 3 race over 2760m, run in the Group 1 Hygain Australian Trotting Grand Prix was “totally out of character”.

“He went awful really, compared to what he can go like,” Gath said.

“But he has pulled up well; we have had him checked out and his work has been good. We just have to put it down to one of those things, he just put in a shocker. It was pretty average for his standards.

“You don’t go to the races with a lot of confidence after a poor performance but we can only go on by what he has done here at home and his work has been as good as it was with his previous races so we expect him to go pretty well.”

McLovin did a power of work before fading as Big Jack Hammer stormed home to salute in the Grand Prix.

But the six-year-old’s prior Australian form – which included a commanding win in the Group 2 Lion Pty Ltd South Australian Trotters Cup and a South West Conveyancing Terang Trotters Cup victory – was faultless.

McLovin won’t have everything his own way as he faces a talented field headed by the ultra-consistent group performer Deltasun. But Gath said he felt the six-year-old had a promising future regardless of the result.

“His three runs prior to last week have been top class, in our opinion, against quality opposition,” he said.

“Obviously we got a dent in our confidence last week but we can see him competing in all the big races next season.”

The Gaths, who will also be taking November Guy (DNR Logistics Trot) to Melton, are hoping for a better run of luck than last week, when Tornado Valley’s incredible nine-race winning streak – which netted four Group 1s, five Group 3s and $229,500 in prizemoney – ended in the Grand Prix.

He said the superstar was now enjoying a spell.

“The writing was probably on the wall a little bit at his previous start, when he won but he didn’t go as good,” Gath said.

“(But) he has done more than we thought he would able to do - I would have bought him myself if I knew. He will have about six weeks off – it will be his first decent spell since I have had him.”