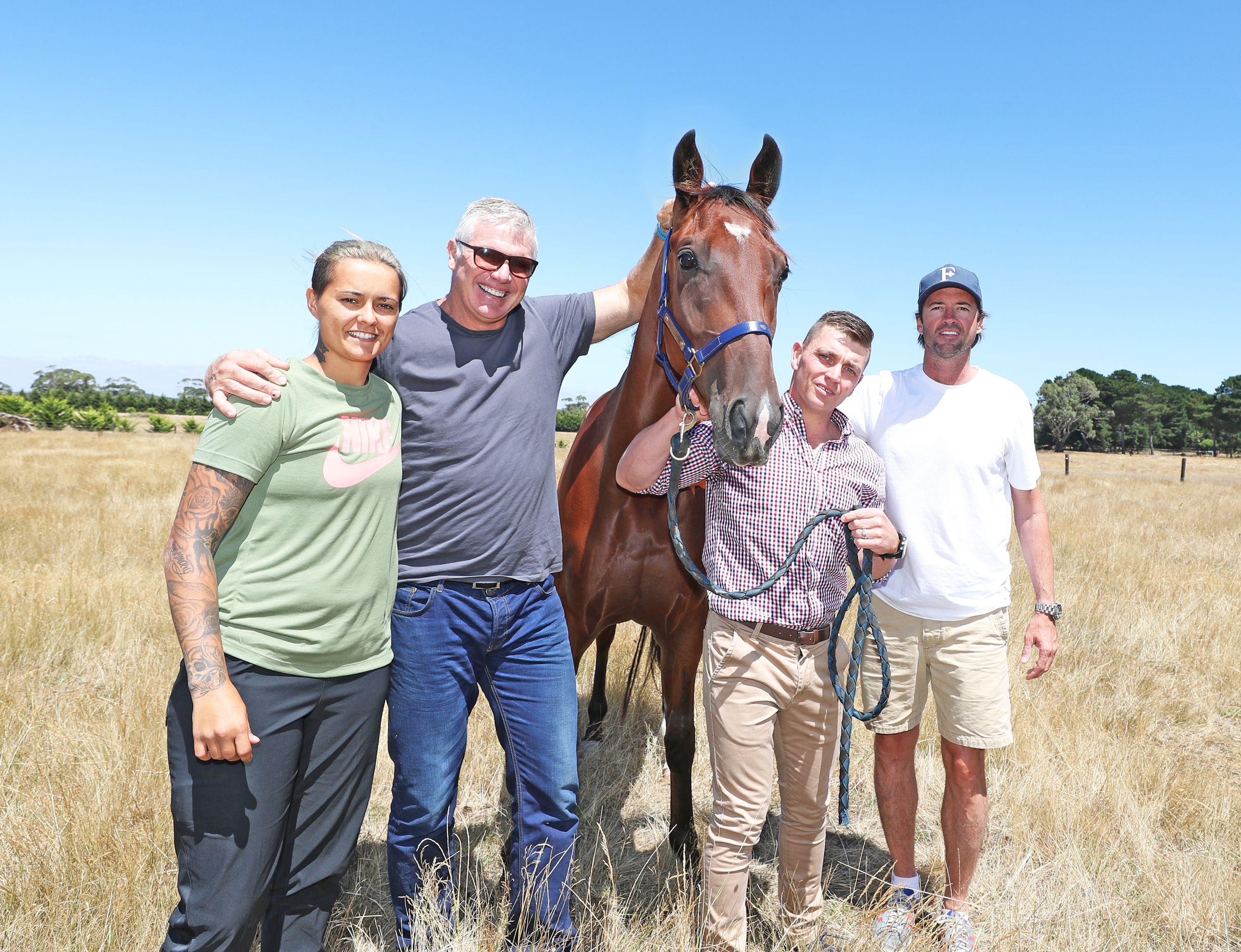 Frawley, who tragically died in a car crash yesterday, was appointed to the HRV Board in early 2016.

Speaking on RSN with Michael Felgate this morning, Mr Monteith said Frawley’s passion for harness racing and especially his support “for the grassroots people in the industry” may have at times gone unnoticed by those outside the Boardroom.

“I think a lot of people probably took for granted the behind-the-scenes work that Danny did,” he said.

“Like the Inter Dominion (in 2018), Danny was out of the blocks like you would not believe (when it was announced Victoria would host the event) in terms of talking to TV, radio and newspapers and garnering their support.”

Frawley’s media links were instrumental in securing free-to-air television coverage on Channel 7 for the TAB ID18 grand final night, while Frawley’s friendship with Hamish McLachlan helped open the door for the high-profile presenter to be aligned with the event.

Spirited, unorthodox and always effective could describe Frawley’s approach to business. He always got it done and he did it with zest.

One agenda item Frawley would never back away from in the Boardroom was his desire to support grassroots harness folk. 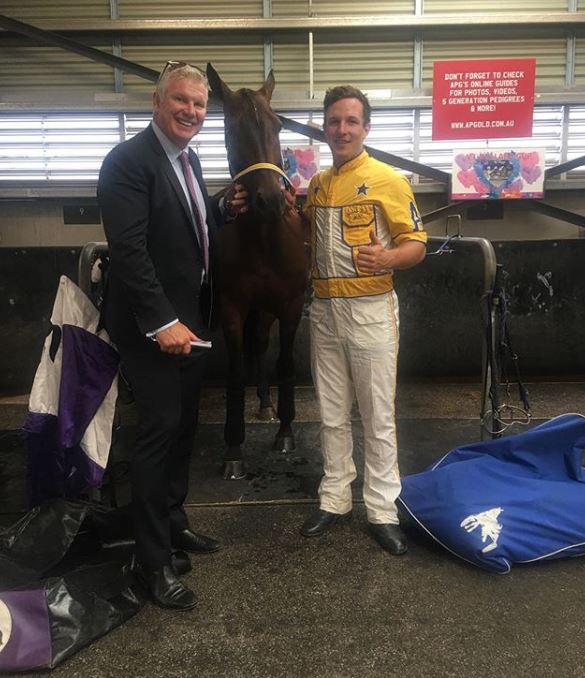 “He always wanted to ensure the grassroots players had a chance. He was passionate about integrity and making sure everyone was on a level playing field. That’s something people didn’t necessarily see as well.”

Mr Monteith said Frawley’s business acumen was first-rate but, more importantly, his profound respect for the AFL star stemmed not just from his dedication to harness racing’s cause, rather he admired him as a person.

“We are sometimes touched by people in our lives that are special… Danny was one of those people for me,” Mr Monteith said.

“Life’s all about people and people you meet along the journey … it’s quite hard to talk at the moment listening to all the tributes this morning.”

“Danny was very open in terms of his issues with mental health and there will be people out there who are doing it tough. The message from Danny would be that there are people who can help, Beyond Blue in particular, and I’d implore anyone doing it tough to reach out because in moments like this you can doubt yourself and you shouldn’t. I’d encourage people to seek assistance if they need it.” (If you or someone you know needs help, contact BeyondBlue on 1300 224 636 or Lifeline on 13 11 14. Victorian harness racing industry participants have access to an Industry Assistance Program at thetrots.com.au)

Jane Brook, who also serves on the HRV Board, said Frawley’s “enthusiasm for the sport and indeed everything he approached in life was truly infectious”.

“It was an absolute privilege to sit on the HRV Board with Danny. Humility coupled with a great sense of humour made Danny a very special person,” she said. 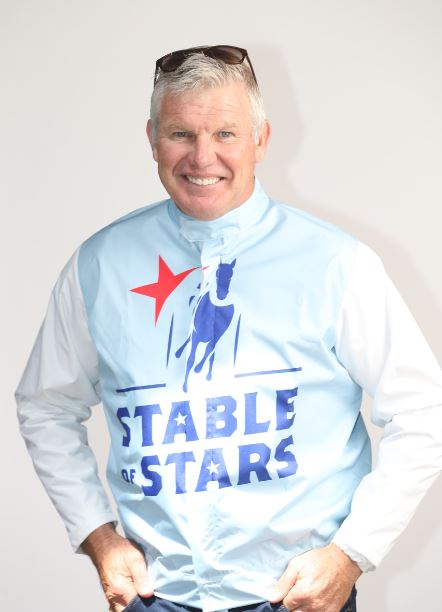 “While his passion for the sport and putting smiles on people’s faces was irrepressible, it never took long for conversations to turn to his daughters. He just brimmed with pride whenever he spoke of Danielle, Keeley and Chelsea.

“We started as colleagues, but I’m now saying goodbye to a dear friend.”

AFL great Tim Watson, a colleague and friend of Frawley, said he understood why the former Saint was so universally admired.

“He wore his heart on his sleeve. He was passionate about anything and everything he became involved with. He was just one of those guys who everybody liked,” he said.

A caller to SEN this morning said he’d never met Frawley until he had to attend his house to fit a shower screen. “He’d offered me lunch with the family before I’d even set foot in the door,” the caller said.

In a statement from HRV, Mr Monteith said the harness racing industry’s thoughts were with Frawley’s family “especially wife Anita and children Chelsea, Keeley and Danielle”.

“He will absolutely be missed and we will never forget him,” Mr Monteith said.

The footy world has lost a great personality and man in Danny Frawley. He leaves behind a legacy, not just as player, coach and commentator, but a family man who advocated for mental health.https://t.co/Rqgfb8UdBL pic.twitter.com/F471gA2Xpr

"I didn't have a father figure and too many positive role models growing up. Danny Frawley was certainly one of those."

Vale Danny Frawley. Absolutely shattered. Gave me my chance. Such a caring and passionate person. Thoughts are with his family. Gone to soon. #spud.

Danny Frawley described himself as a simple spud farmer who'd made his way in the big smoke.

Of course, he was so much more than that.

Captain. Coach. Best and fairest. All-Australian. Legend of the game.

Such sad news about the death of Danny Frawley. My girls met him after Bounce. He was funny, kind, humble ... a lovely man - and a brilliant footballer. A tireless worker for multiple charities, he leaves the world a better place for his passing through. #PlayedSpud pic.twitter.com/HbnMp3aB7J

Danny Frawley: Tributes at the St Kilda football club headquarters in Moorabin continue to grow for the former captain of the club. @stkildafc @theheraldsun pic.twitter.com/mGHOmZeZUu

I’m deeply saddened by the passing of Danny Frawley.A work colleague over the years and valued member of the All Australian selection committee. Wonderful player , captain,finals coach and much loved media performer. My grandkids loved the Golden Fist award on The Bounce. RIP Kb

Five years ago I bumped into Danny Frawley in Times Square. He couldn't have been more excited and accommodating to stop and have a chat with a Saints fan while on his holiday. A man full of warmth and love for life. Irreplaceable. pic.twitter.com/FOPBEiWnFK