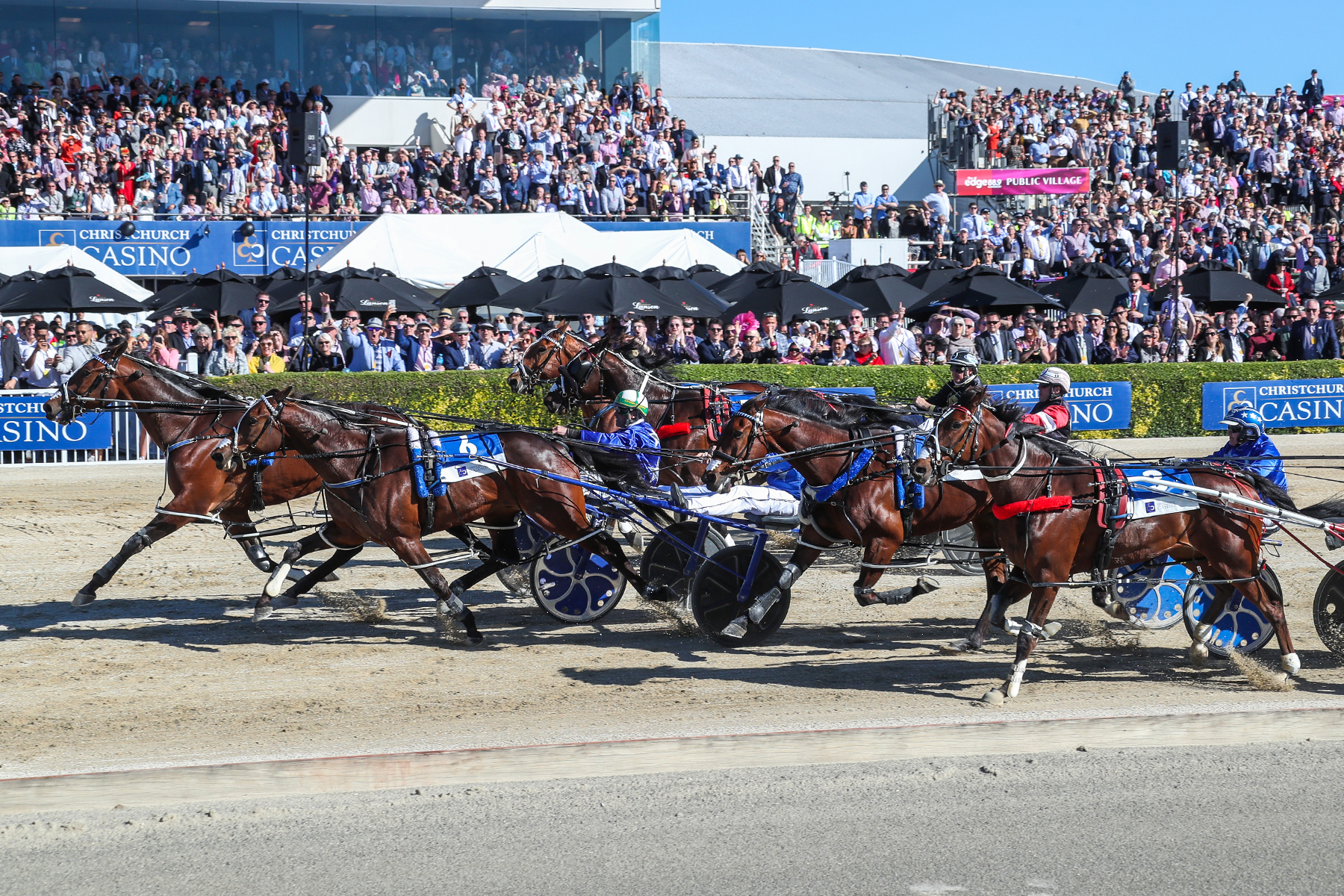 The unwanted caning on one of the Inter Dominion pacing heats looks set to have a silver lining for the series.

While punters will only have two pacing heats per night for the series, which begins at Alexandra Park on Friday night, it could unwittingly lead to one of the best punting series in recent Inter Dominion history.

The series returns to Alexandra Park for the first time in eight years this week, with both pacing and trotting heats Friday, next Tuesday and the following Friday to decide the two fields of 12 for the December 15 finals.

The pacing series was programmed as three heats of up to 12 runners per night but that was reduced to two heats by the Inter Dominion Council when the withdrawal of Ball Of Art yesterday morning left only 25 pacers in the series.

The other option was one heat of nine and two of eight and with Inter Dominions usually having at least one or two horses pull out during the first week, three heats per night could have seen at least one seven-horse heat by Friday week.

While the reduction to two heats will annoy some, it has resulted in a rarity in competitive betting races, helped in no small way by the draws for Friday.

The traditional Inter Dominion format of three heats may be storied in its history but the reality is in recent years they have seen some very short-priced favourites, dominant winners and plenty of uncompetitive racing.

This Friday promises to be different because of the larger fields and their even composition.

For the opening two rounds, a pass mark to be on track to make the $500,000 final will be a top six finish, but horses settling back this Friday are going to struggle to make that top six unless they move mid-race.

That alone should ensure some aggressive driving, even more so because most of the favourites in the pacing series have drawn awkwardly for opening night.

NZ Cup winner Cruz Bromac and Victoria Cup winner Bling It On, the two series favourites with the NZ TAB, have drawn second line and wide respectively, with Thefixer, Classie Brigade and Our Uncle Sam all also drawn the second line.

Bling It On is joined in the wide draws by Queensland star Colt Thirty One while the only really favoured runner in the pacing series with a good draw is NZ Free-For-All winner Chase Auckland.

The trotting series has two heats of 11 starters and the crunch heat of the night sees Marcoola drawn barrier one over 2200m, but on a fast front line that includes NZ Trot Free-For-All winner and fast beginner Tough Monarch.

If Marcoola returns to his best for new trainer Barry Purdon he could shorten dramatically for the final but if he is beaten from the ace draw the market will go the other way.

The other heat sees Dominion winner Habibi Inta drawn well at barrier four but no certainty to lead, so the first heat of the series will start the uncertainty, which could be the story of an intriguing fortnight.