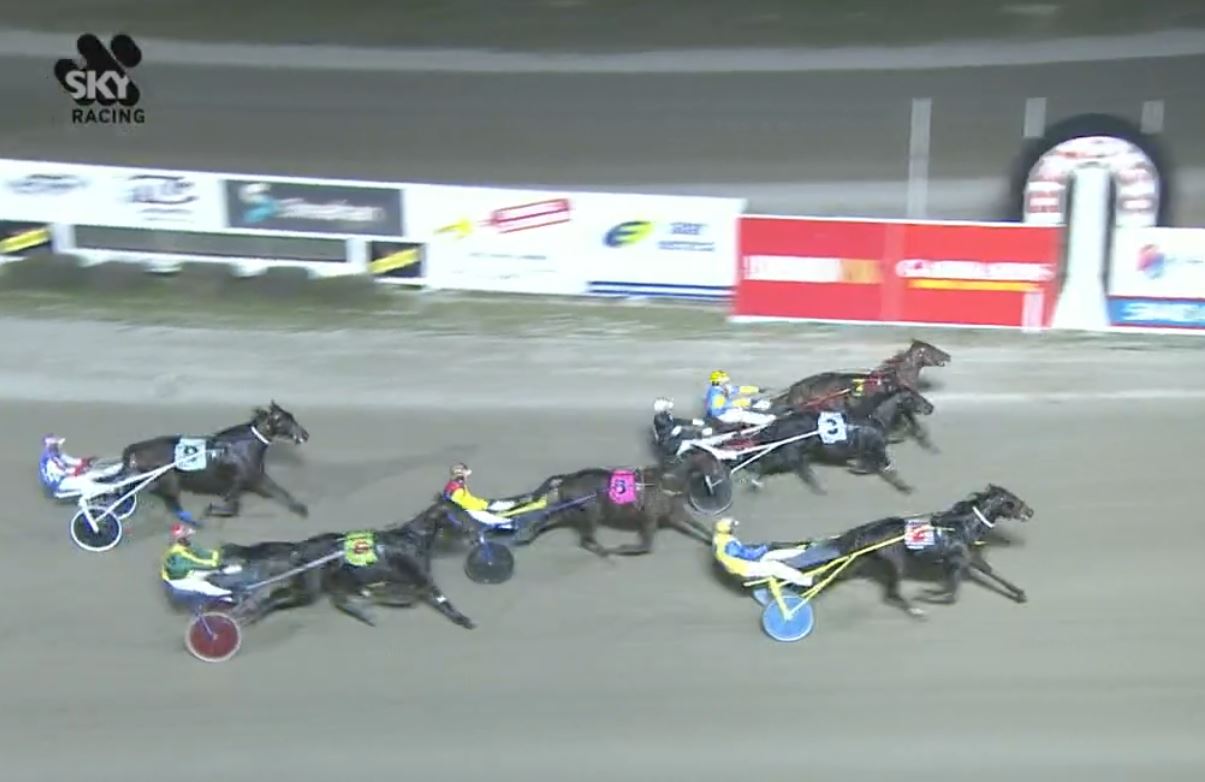 He'd been knocking on the door for victory all year and tonight was the night for Hatchback, who produced a scintillating finishing sprint to land the Aldebaran Park Bendigo Trotters Cup.

A campaign of amazing consistency had yielded eight-straight placings but no wins for the five-year-old, however his turn came in the Group 3 $25,000 event when he charged home out wide to beat Mick Blackmore-trained Jackson Square and Chris Svanosio's Norquay, who led almost every step of the 2650m journey.

Champion trotter Tornado Valley started favourite in his pursuit of $1million in prizemoney, and after creeping up to sit outside Norquay from his 30m handicap, faded late to finish sixth.

Hatchback's win ended a long wait for Justice in the Bendigo Trotters Cup, with the veteran horseman having last trained the winner all the way back in 1995 when Lenin scored off 60m.

"He's been so unlucky this little horse. He's trying his heart out and seems to keep running into one better," Justice said.

"He's tough, he's versatile, he can lead, he can sit outside the leader and he's proven tonight that he can actually sit and sprint, which he hasn't done before.

"He's just a lovely horse and I'd love a stable full of them."

Justice had Hatchback (10m handicap) three back the pegs for much of the race, but got him off the fence rounding the home turn before he let loose in the straight.

“The only worry I had was whether he could get out soon enough, but as soon as he strode out and once he got clear, he felt like he was going to win,” Justice said.

Hatchback, a son of Angus Hall, has won seven races and run 23 placings from 44 career starts, with prizemoney now close to $100,000.

The horse has climbed to fourth on the Maori's Idol Trotting Championship, but remains a long way behind leader Well Defined, who has won five times on the circuit.

WATCH HATCHBACK'S WIN IN THE BENDIGO TROTTERS CUP BELOW: