Hunter Cup-bound Mach Shard ready to mix it with elite 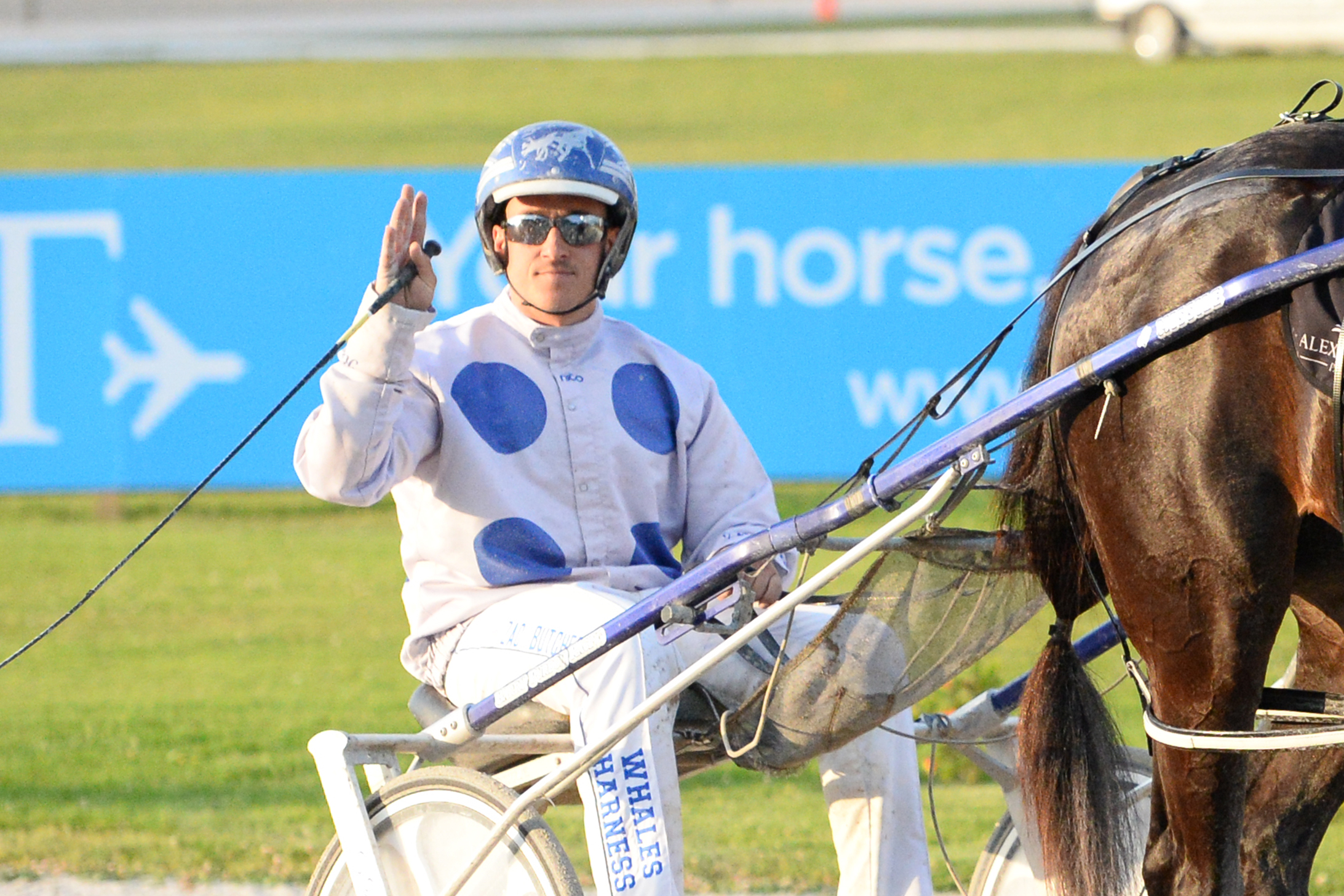 Mach Shard is ready to stand up to the big boys in the $50,000 Flying Mile at Cambridge tonight.

And while trainer Barry Purdon says driving tactics will be left up to Zachary Butcher (pictured) it looks a good bet the vastly-improved pacer will be trying for an all-the-way win in the group two sprint.

Mach Shard was one of the unheralded stars of the Inter Dominions at Alexandra Park last month, finishing a close second to Ultimate Sniper in the final after racing him in every heat.

The series showed he has blazing gate speed and the ability to run with the best pacers in Australasia, so much so Purdon is now eying the Hunter Cup at Melton on February 1.

But while Butcher was happy to take trails with Mach Shard during the Inters, tonight’s dash around Cambridge should be a different proposition.

The Flying Mile has been extremely kind to leaders over a long period of time, horses who have been able to lead and control the race. Star Galleria did just that to beat Heaven Rocks two years ago and Pembrook Benny did the same to down Christen Me.

With his gate speed Mach Shard should be first of the favourites to the markers tonight and as good as Thefixer and Chase Auckland are, they are not as scary as their stablemates like Ultimate Sniper and Self Assured.

So while Purdon wouldn’t come out and declare it, he is confident Mach Shard can stand up to be counted.

“The final driving tactics will be up to Zac but he did, after all, work early and still run a close second in the Inter Dominion Final. So he would definitely be hard to beat in front.”

If Mach Shard does lead as expected he would easily pace a 1:52.5 mile on peak performance should tonight provide good conditions and that would mean horses coming wider on the track, as the favourites may have to do, will need to be good to beat him.

Thefixer and even Chase Auckland may simply still be a length better than Mach Shard and either one sitting in the one-one, if Mach Shard, leads might grab him. But the history of tonight’s race suggests Mach Shard is a great each way bet.

While leading might be enough to give Mach Shard a huge chance in the pacing feature, it might not be enough for Oscar Bonavena’s rivals to down him in tonight’s $30,00 Trotting Mile.

He was beaten in the National Trot at Alexandra Park last start when forced to sit parked, an expensive reminder than as talented as he is this is his first summer in the big time.

Rivals likes Tickle Me Pink and Massive Metro may fancy their chances of staying in front of Oscar Bonavena and stablemate Winterfell tonight but Oscar may still be too sharp if he can get handy.

Still, punters might struggle to take the $1.30 fixed odds about him as the one-one might be his only economical path to victory.

Winterfell is a hard one for punters to asses as he has to rated our best trotter on performances in the last month but there are usually question marks about him left-handed and if he wins tonight he may have to do it the hard way.

Still, he keeps rising to the challenge and another victory tonight would take him even closer to the Trotter of the Year title.

Meanwhile, former Dominion winner Marcoola has returned to Canterbury and trainer Ken Ford after his rollercoaster short stay with Barry Purdon over the Inter Dominions.

And the Purdon pair of Bad To The Bone (Vic Derby) and Belle Of Montana (Ladyship Mile) are on target for Victorian campaigns in coming weeks.