Shooting All Stars give Nat a delicious dilemma 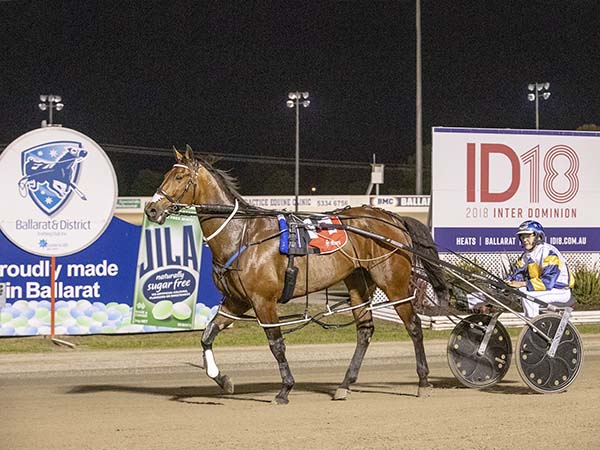 A huge decision sits on the shoulders of the Inter Dominion queen and three wins in Natalie Rasmussen is unclear of one of the biggest decisions she may have to make this year: Spankem or Cruz Bromac.

The All Stars pair are $4 co-favourites after two nights of TAB Inter Dominion, repeating their eye-catching first-up efforts at Tabcorp Park with a pair of impressive performances on a brilliant night’s racing at Ballarat.

Having just saluted in the last of the night’s ID18 heats with Cruz Bromac Rasmussen told Sky Racing’s Jason Bonnington choosing her drive on December 15’s Inter Dominion finals night at Tabcorp Park Melton was a “out of the hat” decision.

“They’re both beautiful horses,” Rasmussen said. “They both have strength and they are both tough.”

Cruz Bromac was ultra-impressive in overcoming his back row draw to round up leader Audi Hare and hold off fast finishing Galactic Star to salute in 1:53.5.

“That was a lovely run for him,” Rasmussen said. “He hit the line good. Last week was a good confidence builder and tonight ever better. I just went to the line nice and kind with him.”

Excitement is clearly building and its shared by another renowned driver, Gavin Lang, whose Kiwi is also flying. 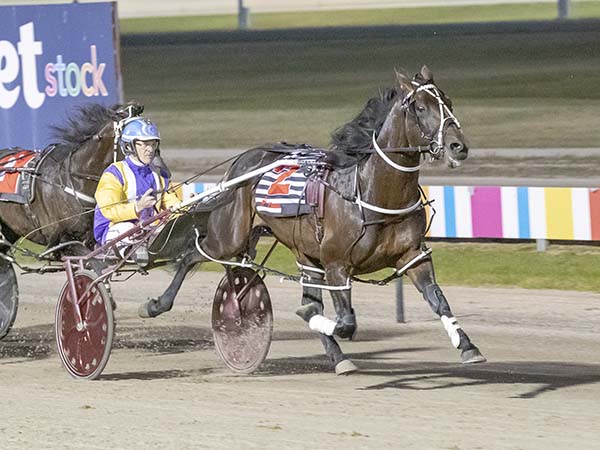 Having caught the drive of New Zealand trainer Cran Dalgety’s Im Pats Delight, Lang couldn’t help but dream that the trophy missing on his shelf – a Pacing Inter Dominion – might be within arm’s length after tonight’s heat win.

“I would love to win it, but it’s only run once a year and a very very hard race to win, so hopefully this might be my time,” Lang said.

Racing continues with Saturday night’s third round of TAB Inter Dominion heats. Get track side and lap it up via www.id18.com.au