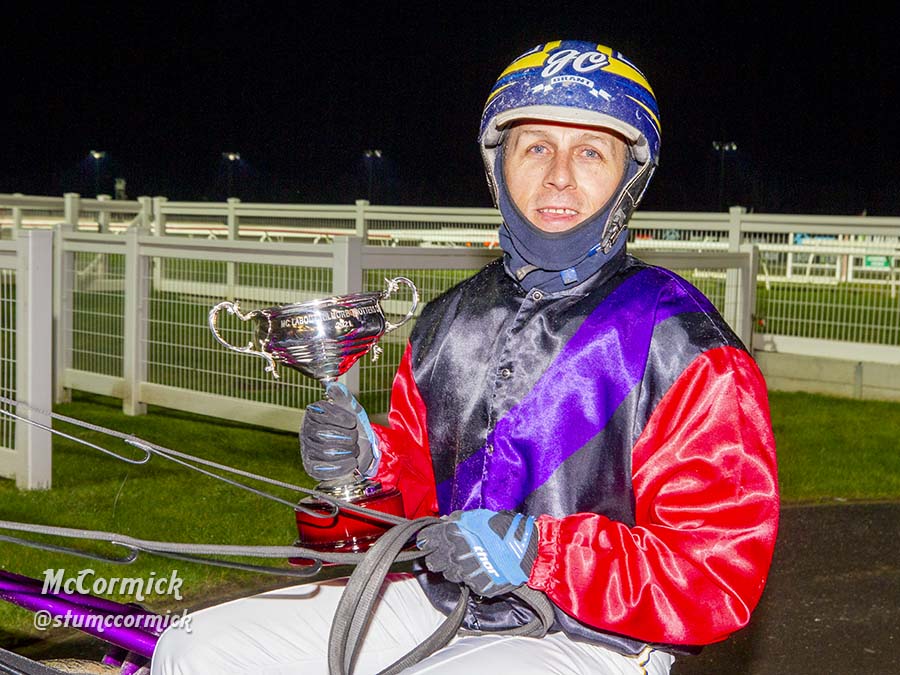 Grant Campbell says it’s probably more of a battle for The Penny Drops to reach the Inter Dominion Trotting Final than it will be for him to be competitive in the Group 1 decider.

The Great Western reinsman has been booked by Stawell hobby trainer Ray Harvey to drive the horse through the series, which kicks off with the opening round of heats this Saturday night at Tabcorp Park Menangle.

The son of Danny Bouchea is most suited to the long-distance races, with many of his best performances coming over the staying trips of 2500m and beyond.

That leaves Campbell cautious of how the five-year-old will go through the qualifying stage of the championships, with heats being conducted over distances of 2400m, 1730m and 2030m before the final over a marathon 3009m journey.

“It’s probably a little bit of a shame that the heats are all run lesser distances,” Campbell told Trots Talk.

“I’m not saying that he can win the final, but it’s probably going to be harder for him to actually make the final than what it might be to be competitive once he gets there.

“Fingers crossed he can have some luck and get enough points to get him through to that big final.” 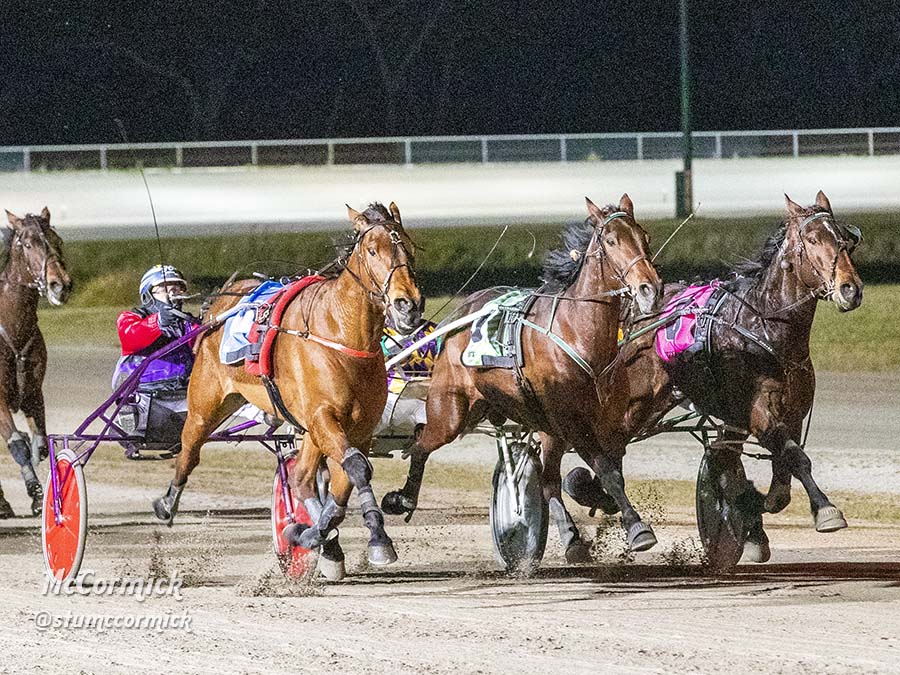 Campbell has driven The Penny Drops in all of his starts this preparation, including winning efforts in the Kilmore Cup, Swan Hill Cup and Maryborough Cup through September and October.

He was also at the controls on Friday night for the horse’s final Inter Dominion lead-up run and was “tickled pink” with his gutsy third to Sundons Courage in the Breeders Crown Graduate Trotters Free For All at Tabcorp Park Melton.

“He did a great job,” Campbell said.

“Did a bit of work in the run, they went 1:58, he was still fighting the finish right out right to the end and just a couple of swoopers got him late, which is a bit of a story for him over the shorter trips.

“I thought the horse went great. He had a really good blow after the race – a bit more than what Ray thought he might – but you take a bit out of that that hopefully there’s a bit more improvement in him.”

The Penny Drops, who was taken to New South Wales on Tuesday, will race in the first of two TAB Inter Dominion Trotting Championships heats at Menangle on Saturday night.

He is rated a $41 chance to win the weekend’s race and a $31 hope to take out the series decider on December 11.

Round two heats will be conducted at Bathurst on Wednesday, December 1 before the third and final qualifiers at Newcastle on Sunday, December 5.

>> READ MORE: It begins! Draws revealed for the first steps to ID21 glory

LISTEN TO CAMPBELL ON THIS WEEK'S EDITION OF TROTS TALK BELOW