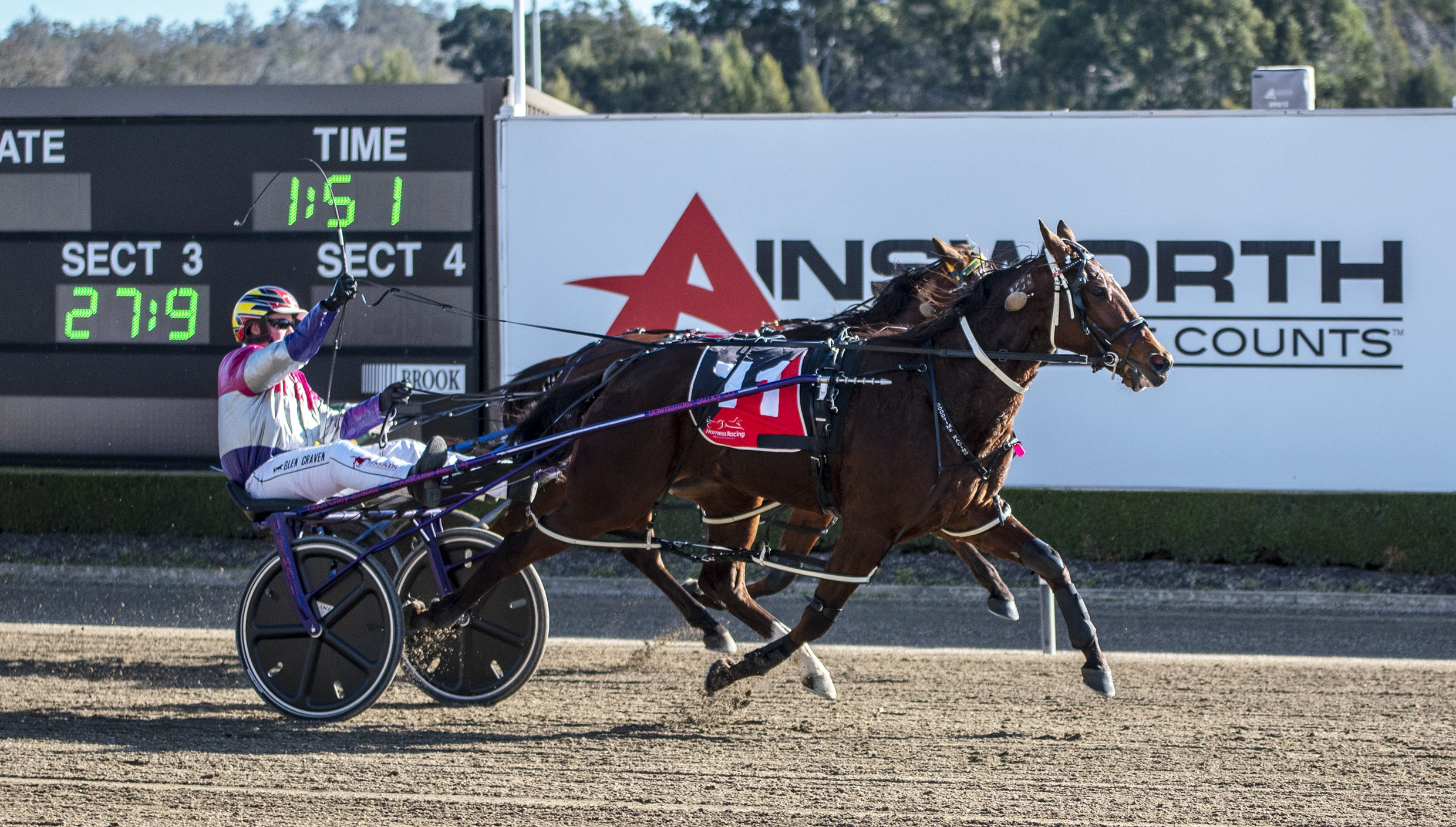 Bitten once but there will be nothing shy about Goodtime Heaven when Courtney Slater's four-year-old mare steps out for her first open-age test at Tabcorp Park Melton on Saturday night.

Fresh from a valiant second in the Breeders Challenge, where she was defending her three-year-old crown, Goodtime Heaven will start from gate four in Saturday night's Allied Express Jane Ellen, a $30,000 mares Group 3.

"It is a step up in class," Slater told RSN 927's One Out One Back. "It's going to have to happen with the new ratings system."

Emma Stewart's talented mares Tell Me Tales and Berisari are dominant in the market, with Slater saying the stable is "flying at the moment" on the back of their Vicbred success and "it will be nice" to see where Goodtime Heaven stands.

"We can't hide her any more, it's a big opportunity for us to put her out there and see where she fits," Slater said.

Just getting to this Saturday night's spotlight is a big occasion for the team given the lows that confronted the camp about 12 months ago.

In the wake of winning the 2018 Breeders Challenge Group 1 fillies final at Tabcorp Park Menangle "we had a little hiccup", Slater said

"We had the success up there at the Challenge and we gave her a couple of days off, we were still in Menangle, her work was good and we decided to push on to the (Queensland) Oaks," she said.

"We ended up staying for an extra 10 days and then we took off to Queensland. Everything was Mickey Mouse, Friday night she was jumping out of her skin.

"Walked out to the stables the next morning and she was lame. We had to scratch her, which was really disappointing. We brought her back to our vets, Tom Russell in Bendigo, ... and it turns out she ended up being bitten by a white tail. There was a big abscess in her suspensory in her hind leg.

"It was a bit touch and go for a while, we were lucky enough that the abscess busted out. There was no initial (damage) to the suspensory itself, it just damaged the fibres. It's been a long campaign with her rehab ... but she's back and probably racing better than she was last year."

CLICK BELOW TO LISTEN TO ONE OUT ONE BACK: