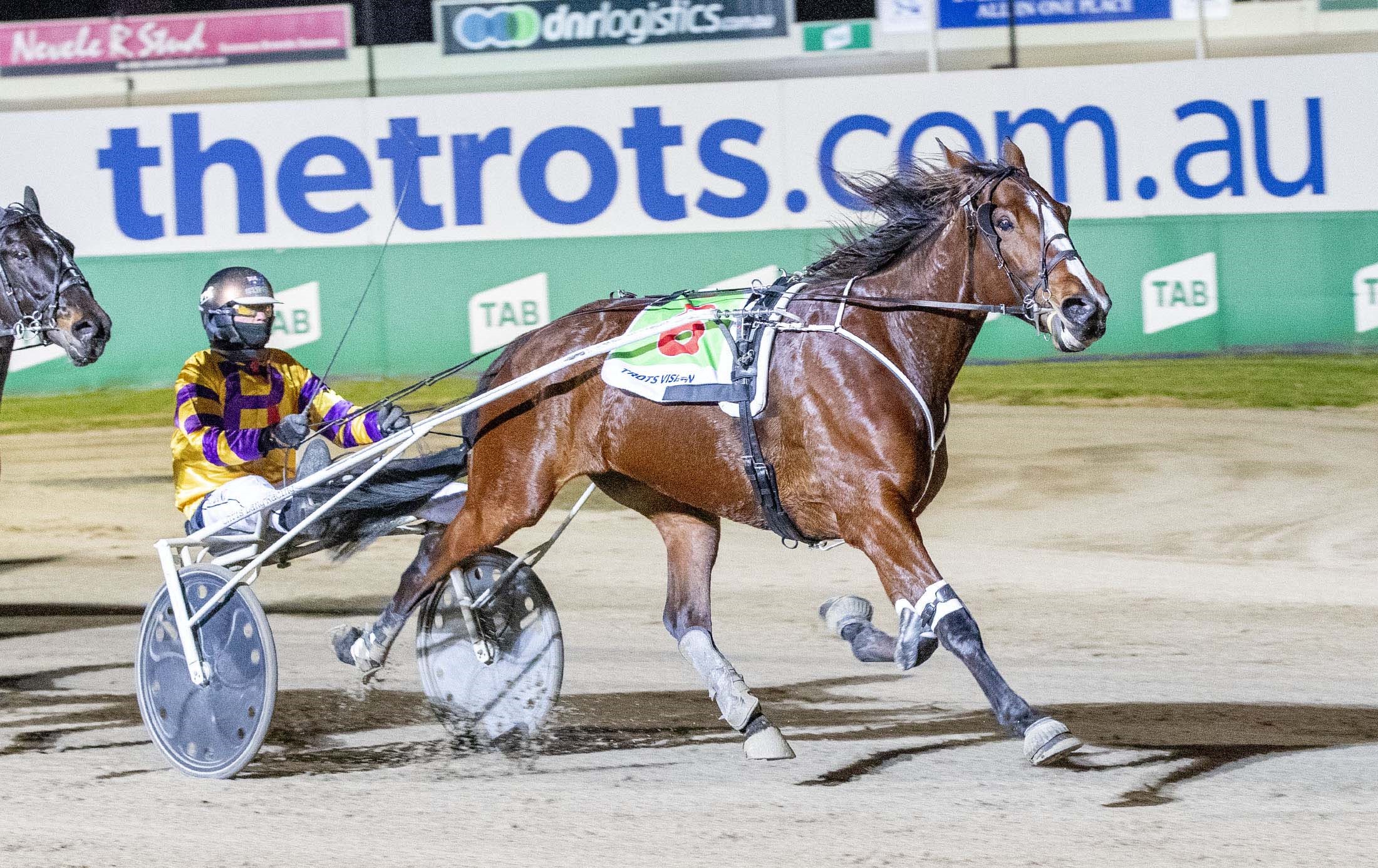 “He’s a nice horse who I think is going places. We’ve always liked him but because he’s so tall we felt he’d get better as he got older.”

After racing three-wide in the early part, Bullion Harry worked to the front in the middle stages and was then never headed.

It was the four-year-old’s second win from as many starts this season following a smart first-up success at Bendigo a fortnight earlier.

Bullion Harry has not done a great deal of racing, having averaged eight starts a season. In three seasons of racing he has won six races and been eight times placed from 24 starts for $70,640 in prizemoney.

He said the Muscle Hill gelding would now have another let-up and be aimed at the Breeders Crown and Vicbred Super Series in November and December.

Bullion Harry was bred and is raced by Port Fairy couple Richard and Pauline Matthews, who also bred his dam, Miss Bullion, a Group 1 winner of $75,075. She was a half-sister to grand trotter and dual Breeders Crown winner Let Me Thru, the cup class trotter Lord Liam and Sammy Charles.

Other APTS sale graduates to win this week were the three-year-old Lindys Love, who completed a hat trick at Menangle, Rigondeaux (Albion Park) and Tennerson (Ballarat).