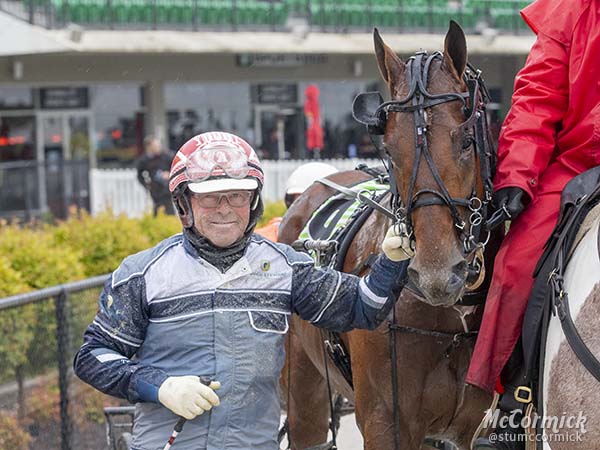 Top colt Idyllic has been sidelined by a serious injury just weeks after his Group 1 Gold Chalice triumph.

The Clayton Tonkin-trained star has undergone surgery for what is understood to be a stress fracture in a hind pastern, which presented during training last week.

It's expected the horse will undergo more surgery in the coming weeks and be confined to box rest for a number of months.

Toby McKinnon broke the news of the injury on SENTrack's Trots Life on Tuesday morning, with connections hoping the son of Somebeachsomewhere can make a successful return to racing before the end of the year.

Idyllic won the $100,000 Gold Chalice Final at Bathurst in late March, which took his career record to eight wins from 18 starts. He was runner-up in the Vicbred Super Series 2YO Colts and Geldings Final to Kimble late last year, and was also placed in the Gold Crown Final at Bathurst in early 2020.