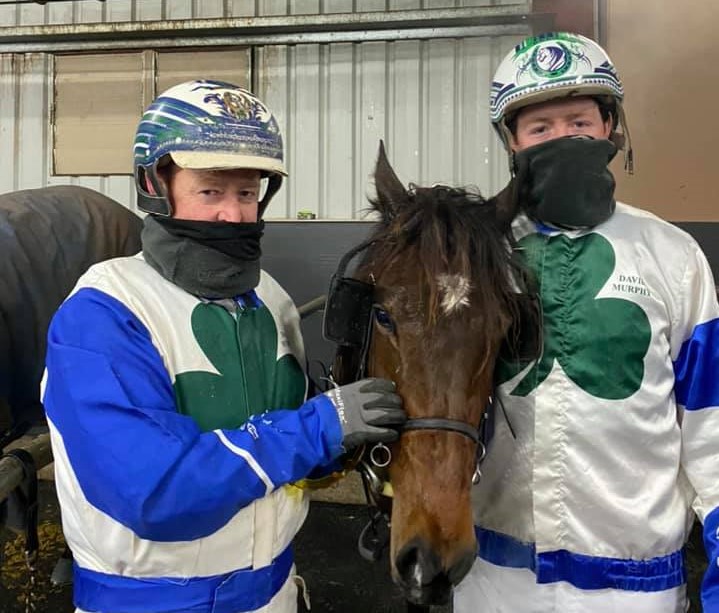 Although she hasn't won for a while, David Murphy is having a grand time training talented mare Final Peace for a good group of family and friends.

The Dunnstown horseman has enjoyed plenty of highs with the daughter of Village Jolt, whose biggest cheques have come when running fourth in the 2YO Breeders Crown Series Final during 2019 and then third in the 3YO feature a year later.

The 2020 SA Oaks winner hasn't scored since October last year, but a win doesn't look far away with some eye-catching and unlucky performances in recent times.

Murphy spoke with Trots Talk co-hosts Nims Azoor and Tim O'Connor ahead of the mare’s appearance in the Alabar Bloodstock Pace at Bendigo’s rare metropolitan meeting this Saturday night.

"Winning the South Australian Oaks was a great thing. It was a pity it was right when the lockdown started, because the lads, if they had have went over when she won, they would have painted Adelaide red," he said.

"Her whole life, she's rarely let us down with an average performance. She puts her best foot forward most times, just the last couple we have had no luck at all. We've hit the line with ear plugs still in and no running room.

"We just need a little bit of luck and we'll knock over one of these metro type races."

Final Peace, a winner of six races from 37 starts, has drawn barrier eight on Saturday night, with the meeting kick-starting a month-long stint of metropolitan racing away from its traditional home of Tabcorp Park Melton.

LISTEN TO THE FULL TROTS TALK INTERVIEW WITH DAVID MURPHY BELOW: