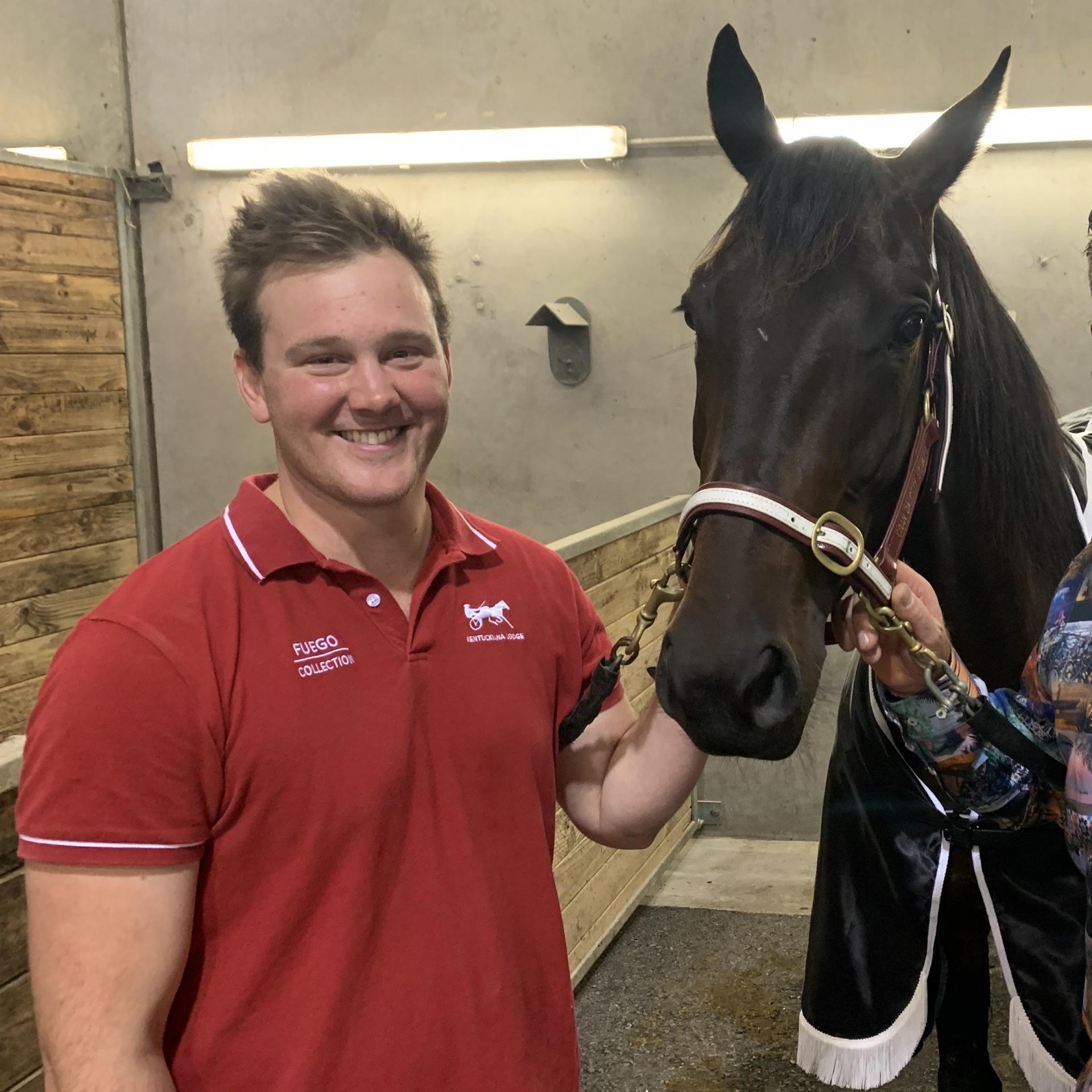 Young gun trainer Nathan Purdon says he is looking forward to branching out on his own in what could ultimately be a multi state Australian career.

The 25-year-old will leave his successful partnership with Chrissie Dalgety in late January to return to Australia, where he has tasted Group 1 success before when training a very small team.

But this time Purdon will be looking to establish himself rather than only have that small team or work for others.

“I think the time is right and after discussing it with a few people, including Dad (Mark Purdon) I think Victoria is the right place to base myself,” says Purdon.

“I have really appreciated the opportunities here with Chrissie and with Cran (Dalgety) advising, but things are changing with Dad and Natalie (Rasmussen) taking a step back in the business and that could present some opportunities in Australia.

“Dad has suggested to me he would be happy to come across to the sales in Australia, where he is going to be campaigning horses in Sydney anyway, and we can look at horses together.

“He will see if any of his owners are interested in buying horses at those sales and leaving them in Australia for me to train, but I am also going to reach out to some of my owners.

“But I am going over there with a clean slate, so I am going to build the team up from scratch and that will mean I am available to buy and train horses for Australian owners too.”

Purdon could be moving at the right time as more and more New Zealand-based horses are not only being campaigned at the major Australian carnivals but also heading there for prolonged stays.

The All Stars for example have tended to send their horses they want to race in Victoria to the likes of Dean Braun and their NSW-targeted horses to Craig Cross and Luke McCarthy.

But a trainer like the younger Purdon could easily become a go-to man for New Zealand owners wanting to campaign in Australia, especially as many Kiwis like their horses to go to a fellow countrymen.

One of those options has been Anthony Butt, who has just moved back from NSW to Victoria, and while he takes outside horses, much of his training is quite rightly based around Emilio and Mary Rosati’s horses as his major owners.

But Nathan would have the advantage of arriving without the commitments of a large stable so could be able to tailor raids to New South Wales or even Queensland.

“I am really open to that sort of thing and I might even spend a few week helping out with Dad’s horses when they campaign in Sydney. But it is an exciting time.”

Purdon will, of course, miss many of the stars he has helped train with the Dalgetys, but warns the best is yet to come from exceptional three-year-old Krug.

“He came to the end of it in the Sires’ Stakes at Addington and probably even before,” he admits.

“But he is in the paddock now and will miss the Sales Series in Auckland and I am certain this break will be the making of him.”