Nathan to be crucial part of All Stars' Aussie campaigns 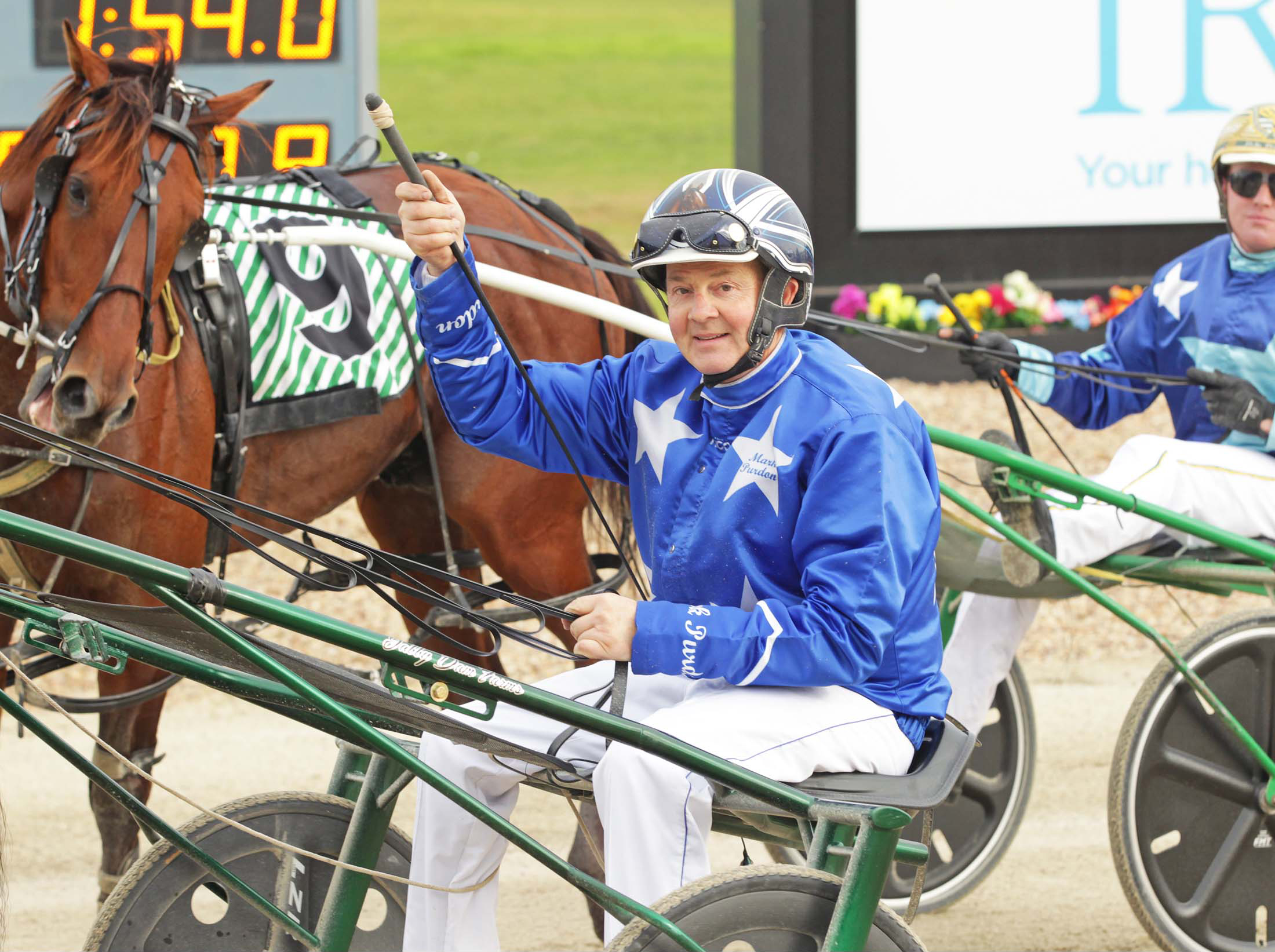 Champion trainer Mark Purdon may be preparing to go back to work but that doesn’t mean he is preparing to return to campaigning horses in Australia any time soon.

And when he does his son Nathan is set to become a crucial part of that process.

Purdon will join former stable foreman Hayden Cullen in a short-term training partnership from October 1 before Natalie Rasmussen and Purdon reignite the All Stars team from January 1, with Cullen as foreman.

Purdon says he is feeling well rested after a prolonged break for both he and Rasmussen and is ready to get back to work with New Zealand Cup week approaching.

But while that should mean things are back to normal service over the New Zealand summer, there will be one major difference.

Pre-COVID, the All Stars followed a pattern of being based in the South Island until Cup week, Auckland for December and early January and then the elite headed to Australia to target riches in Victoria and New South Wales while others went home to the South.

With the calendars in both countries changing or set to change, so too will the All Stars’ targets. But Purdon says either he or Rasmussen travelling with the horses is totally off the table at this stage.

“With the uncertainty around COVID, we don’t see ourselves going to Australia with the horses any time soon,” says Purdon.

“It is too hard and too uncertain and we are not even sure if we could get in or back and we don’t have a lot of interest in going into quarantine even if we could.

“But we still have horses with targets over there and the first major ones are the Breeders Crown in Victoria in November.

“That is when we will really rely on Nathan (one of Purdon’s two sons) because he is set up in Victoria now and doing really well.

“We are lucky to have him there and able to look after any horses we send over there.”

Top of that list will be superstar filly Bettor Twist who will bypass the Victoria Oaks on October 9 and instead head to the Crown.

She is likely to accompanied by another Jewels winner in A Bettor You and placegetter True Fantasy.

Further into summer, there seems no chance of the All Stars having reps at the Inter Dominion, which starts in late November in New South Wales.

They are enormously down on open class numbers with Spankem sidelined, others sold and Self Assured their mainstay and only Cup contender. It’s remarkable considering they provided the trifecta in the race last season.

Regardless of what happens in the Cup, Self Assured is almost certain not to head to the Inter Dominions, with owner Jean Feiss confirming to HRNZ she is not keen on the series because of the uncertainty.

So a more likely target for Self Assured could be races like the Hunter Cup and Miracle Mile in February and March, by when the COVID restrictions may have eased but more likely would be Self Assured’s extended campaign seeing him based with Nathan.

As for reciprocation of that relationship, Mark says he is still unsure whether Amazing Dream - now trained by Nathan - will return to the All Stars’ care for the New Zealand Cup.

“I have spoken to Gordon Banks (US-based owner) and they haven’t made a decision yet and I don’t think they will until after the Victoria Cup,” says Purdon.