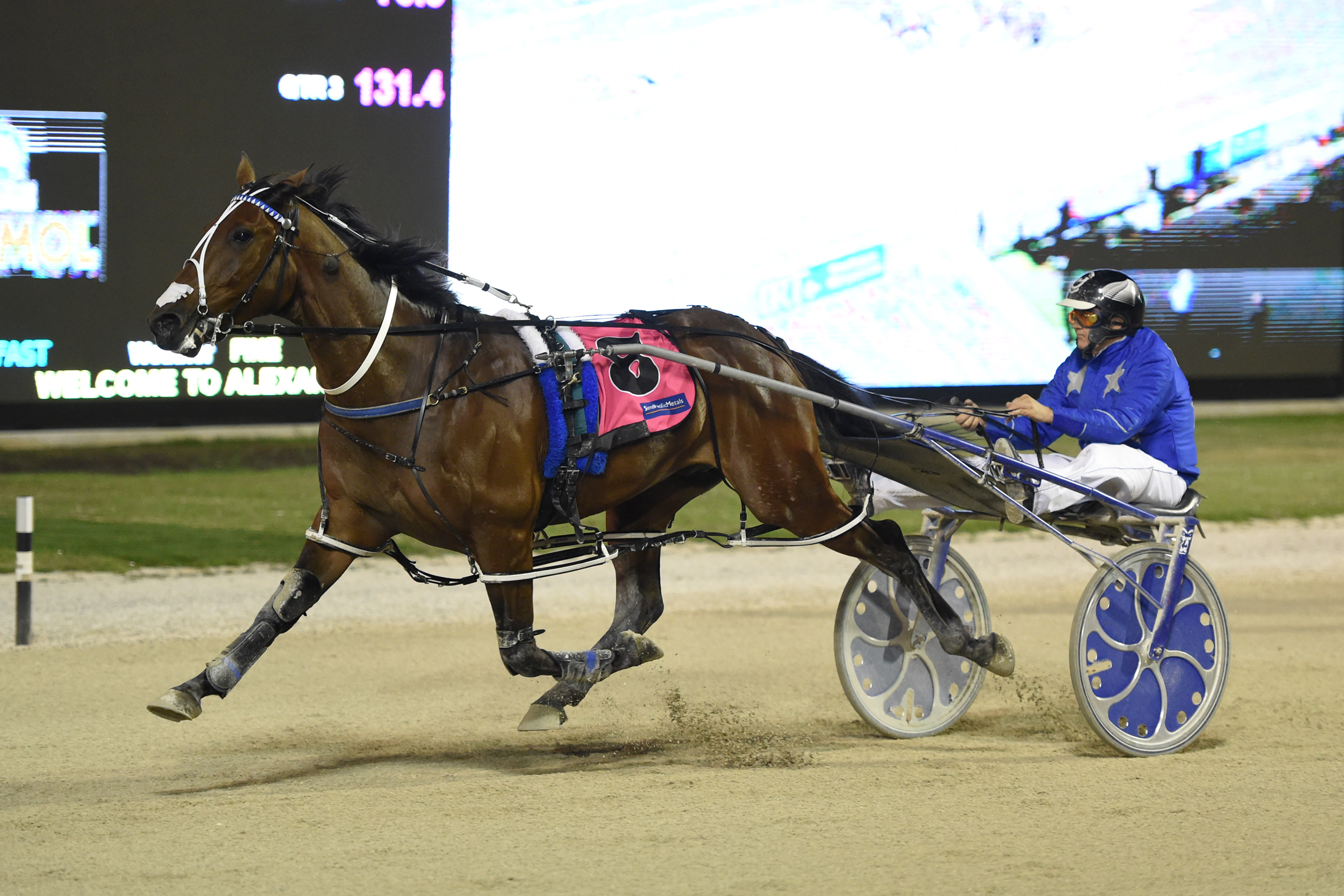 Champion horseman Mark Purdon is adamant Self Assured punters have little to worry about at Ashburton today but he does have words of warning over stablemate Oscar Bonavena in the other feature.

The pair will carry plenty of money in the two brilliant races with Self Assured opening the $1.50 favourite for a Flying Stakes in which a return to his standing start errors of the bad old days of last season look his own real danger, while Oscar Bonavena could even start favourite in a wonderful Flying Mile for the trotters.

In the Flying Stakes, for all the talents of Pembrook Playboy, Krug, Classie Brigade and co, when Self Assured is in an open class race minus Copy That and/or South Coast Arden, he is always going to start very short.

Maybe the only thing stopping him being declared a good thing today is this time last year he was beset with standing start issues, and with the IRT New Zealand Cup favourite being back on the front line from barrier three today, if anything is going to trigger a repeat of those it might be that claustrophobia.

But Purdon doesn’t expect that to be an issue.

“He has felt really good in his standing starts so far this time,” says Purdon.

“This week will be a different test as he started off 20m last time, but he doesn’t feel like he will gallop at the moment.”

So should he win then?

“You respect horses at this level because they had to be good to get here but the way he won last start he should probably win again,” says Purdon.

The reappearance of Krug adds great interest to the race, but as good as he is - and he looked fit winning a between-races trial at Addington 10 days ago - it would be a remarkable feat for him to beat Self Assured today if they both stepped away.

While Purdon is extremely confident with Self Assured, he doesn’t feel quite the same about Oscar Bonavena in the Flying Mile Trot, even though he couldn’t be happier with his return last start.

“He was very good and he is coming up nicely,” says Purdon.

“But I wouldn’t say he was any better than the three other favourites (Majestic Man, Bolt For Brilliance and Muscle Mountain).

“They probably don’t have a lot between them, but with Majestic Man likely to go forward, Oscar will probably be driven with a sit.

“He can win because he is very well, but he is still coming back to it and I don’t think he has proven that he is a horse who will just win a race like this without having some luck.”

The trotter’s mile could be a tactical affair, with Majestic Man likely to lead and with Cup week just two weeks away, it is hard to imagine him being attacked too hard.

“I don’t think anybody would want to do that because we won’t be handing up if they do,” says Majestic Man’s trainer Phil Williamson.

This is the sort of racing he loves, but Williamson says this year’s open class division is a step up on the horses Majestic Man was beating last season.

“These young trotters coming through are very good, so while I think our fella is back to his best, he is going to need to be.

“If one of those other three is sitting in the one-one they are going to be awfully hard to hold out.”

The day’s other huge pointer to Cup week will be the Sires’ Stakes heat that includes not only Franco Indie but unbeaten northerner Blameitonthenite.

As heat winners, they have drawn the two widest gates at the 1700m start point and Purdon warns he will at least initially be conservative with Franco Indie.

“I can’t be rushing forward on him early and if the speed is on I’d like to drive him with a sit. But he is clearly the best chance of our four in the race.”