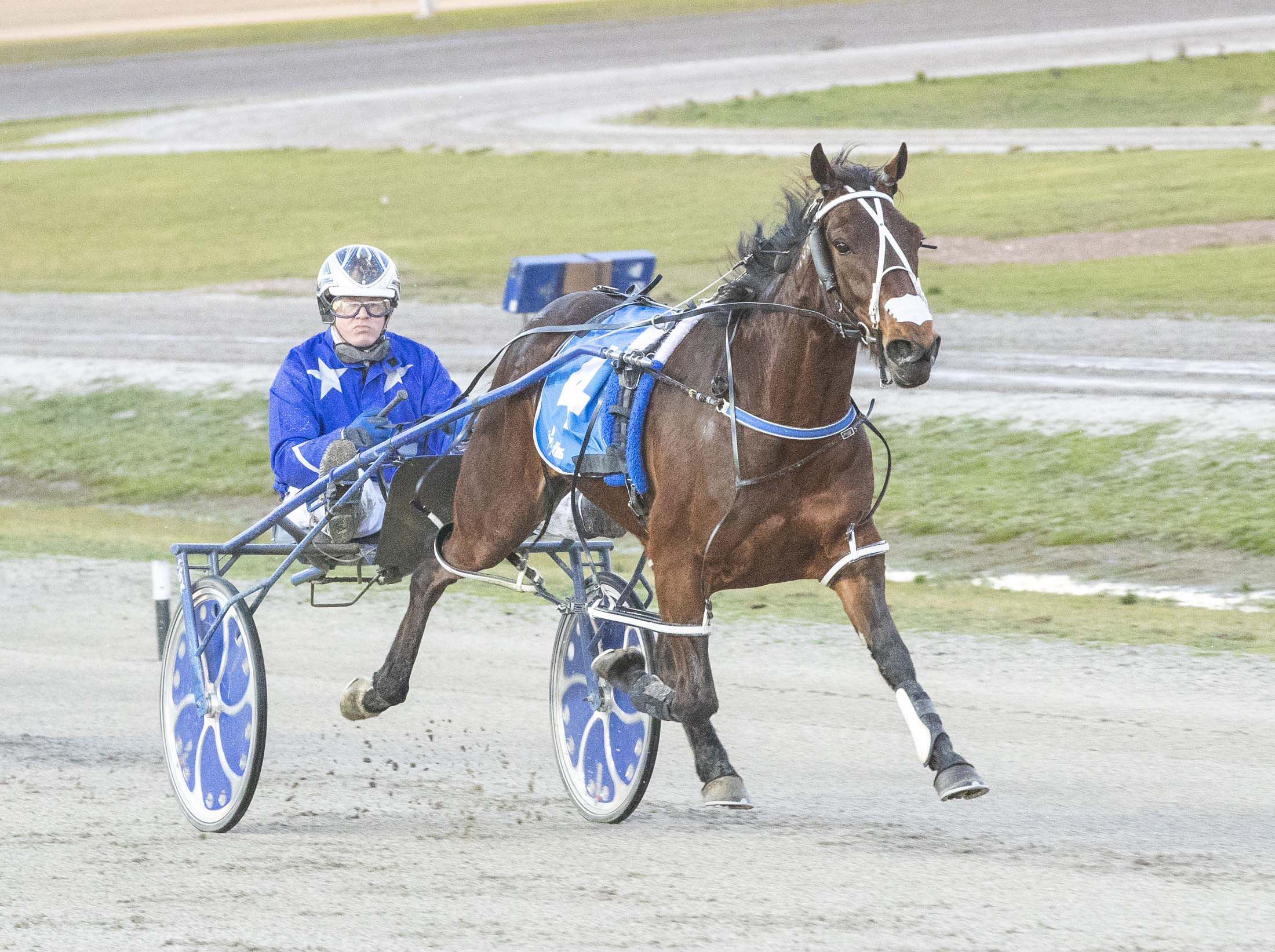 Princess Tiffany’s battles with the boys appear over for now and that will see the high-class mare jump on a plane to Victoria in a few weeks so she can race her own sex more regularly.

She isn’t the only All Stars big name heading that way either, with Another Masterpiece also crossing the Tasman.

Co-trainer Mark Purdon, after consulting with Princess Tiffany’s owners, has decided Victoria is the best place for the five-year-old after another brave but almost fruitless performance at Addington last Friday night.

After being slow away, Princess Tiffany did a huge job to finish fifth but showed once again that she is not placed to her best advantage against the older iron men of pacing.

In fact, in a 32-start career that has resulted in 18 wins and 9 placings, she has never beaten the boys in a big race.

“It is just too hard for her having to race these very good open class horses every week,” says Purdon.

“It would be ok if there was a mares race every month, but there isn’t and she only gets to race her own sex three or four times a year here.

“So she can head to Victoria where they have three mares races for her next month, including the Queen of the Pacific.

“She will leave in two weeks and join Dean Braun and we will decide after those races whether she stays there longer or comes back.”

Princess Tiffany could well return as she would have two mares races, including the Queen Of Hearts at Alexandra Park in December and two more at Addington, in the New Year.

With a sub 1:50 time next to her name already, recorded at Menangle in February, the pressure is off her to return there again, even though the Ladyship Mile could be a big incentive.

Another Masterpiece is somewhat in the same boat at Princess Tiffany, which is why he will find himself heading the same way.

He was fourth behind Classie Brigade at Addington last Friday and is always a place chance at Group 1 level without suggesting he is going to beat the likes of Self Assured or Copy That at the highest level any time soon.

So he will head to Auckland this week, race at Alexandra Park on September 25 and then fly to Melbourne the week after to join the Jess Tubbs stable.

That means he could be there in time for the Victoria Cup on October 10 if he was to make the hot shot field but he looks a horse who would have a myriad of options in Victoria.