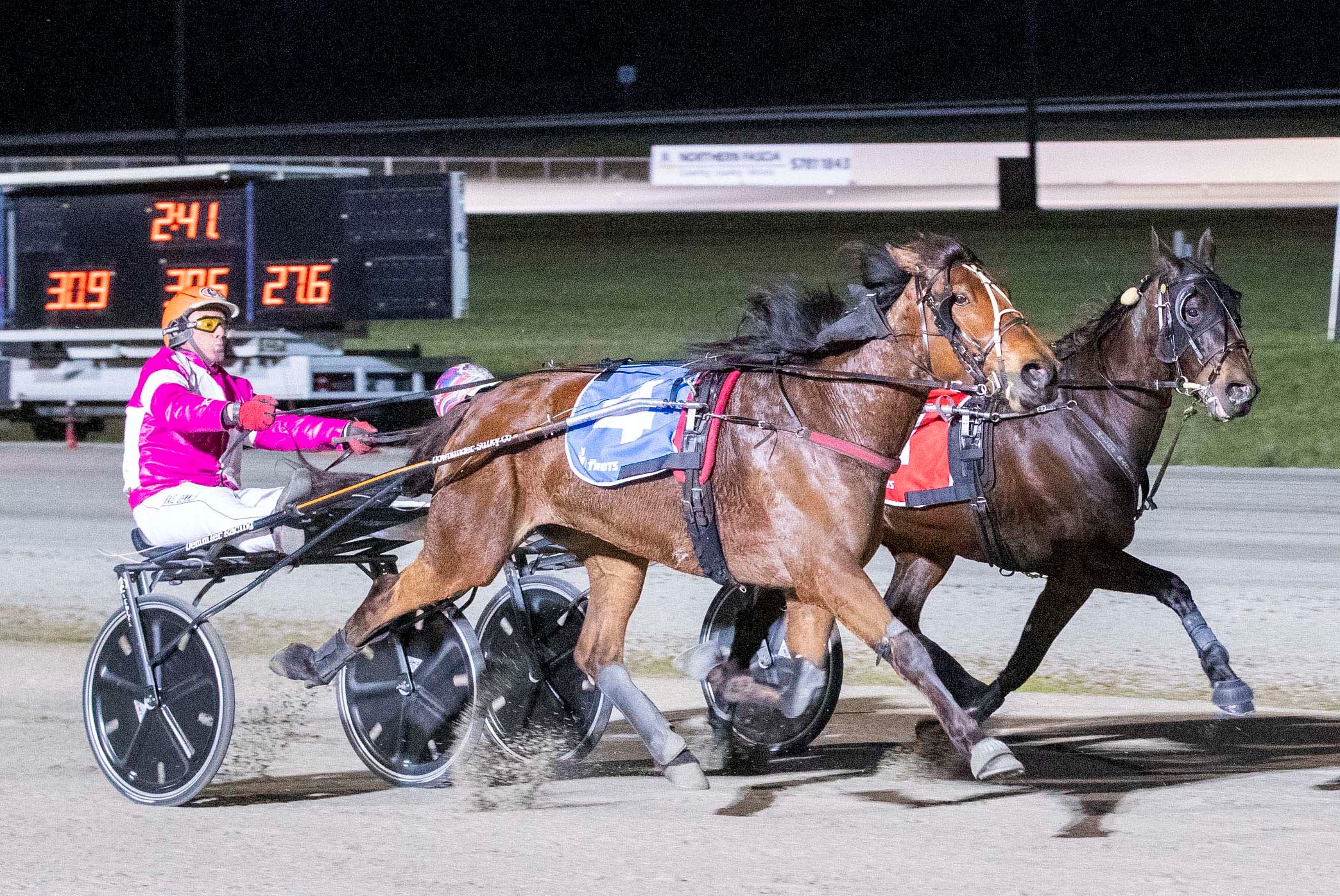 Four-year-old trotting mare Ofortuna, who outfinished a strong field on Kilmore Cup night, is repaying the faith shown in her as a yearling by part-owner Mark Fulton.

Mark, the son of Cranbourne committeeman and former secretary Ken Fulton, bought the daughter of Majestic Son and Fortunate Phoenix in partnership with his parents as a yearling for $21,000.

The Australasian Premier Trotting Sale graduate has netted $59,250 from six wins and four placings in 16 starts so far.

“Mark really likely her breeding and as a type,” Ken said. "He purchased 300 acres at Great Western adjoining Peter Manning’s property and plans to breed from her one day.”

Ofortuna is prepared by Parwan horseman Craig Demmler, who drove her expertly in her Kilmore triumph.

Finley (NSW) enthusiast Ash Haynes, one of the breeders of Ofortuna, has nominated a Volstead colt out of the Melton and Menangle winner One Yankee Hall NZ (1:58.2) for the 2022 Nutrien Equine Standardbred Yearling Sale to be conducted at Oaklands Junction on Sunday, April 3.

Graduates of the sale are eligible to compete for $375,000 in a sales race series sponsored by one of Australia’s leading standardbred nurseries, Haras Des Trotteurs, of Ballarat.

Entries for the trotting sale are now being accepted on www.nutrienequine.com.au