Poster Boy "really good" as Vics fire up for Chariots 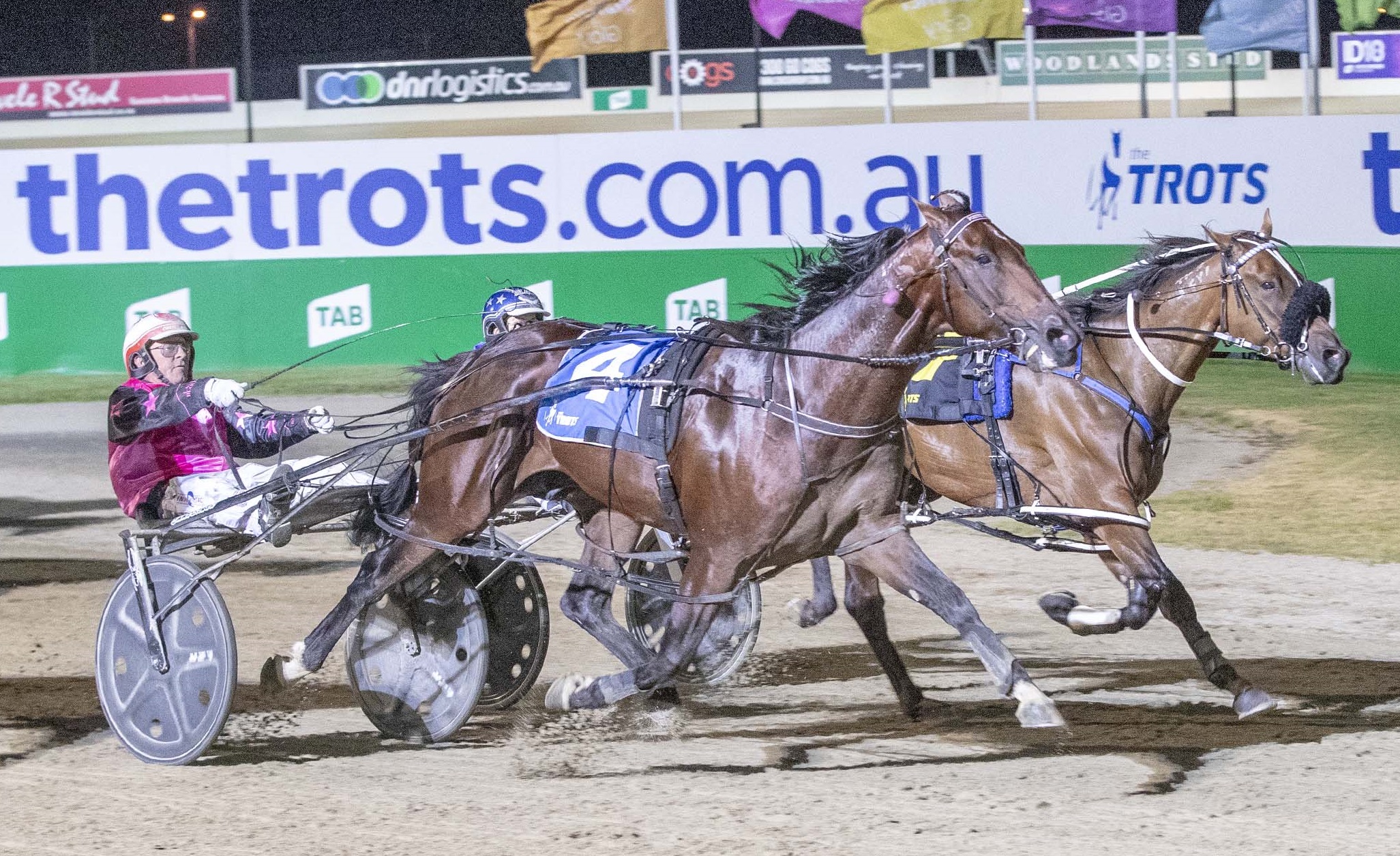 Having saluted when first up in the TAB Multiplier 4YO Bonanza, which earned the half-brother to Yankee Rockstar and Born To Rocknoll a place in the Chariots, Poster Boy made it two-from-two this time in when he won the Sandhu Enterprises Pace at Tabcorp Park Melton on Saturday.

The Emma Stewart-trained four-year-old cleared out and won comfortably for reinsman Chris Alford, who heaped praise on the “beautiful little colt”.

“He just does what he wants too,” Alford told Trots Vision. “Clayton (Tonkin) wanted him to have a bit of a blowout the last 400 and he felt really good.”

Poster Boy saluted by 12m from San Domino off a 55.6-second final 800m, taking his stakes won to $551,390 for owner-breeders Anne and Bill Anderson of Lauriston Bloodstock.

Alford said the Somebeachsomewhere entire had great versatility, which should stand him in good stead Saturday night at Tabcorp Park Menangle.

Rackemup Tigerpie will also fly the Victorian flag in the feature, having qualified with a third placing in last week’s Paleface Adios Stakes.

Michael Stanley’s Rock N Roll Heaven four-year-old has been enlisted a $23 chance with  TAB.com.au, with Poster Boy ($5.50) on the third line of betting outside polemarker Chase Auckland ($2.50) and Ignatius ($3).

CLICK BELOW TO HEAR FROM ALL THE WINNING DRIVERS AT MELTON LAST SATURDAY: