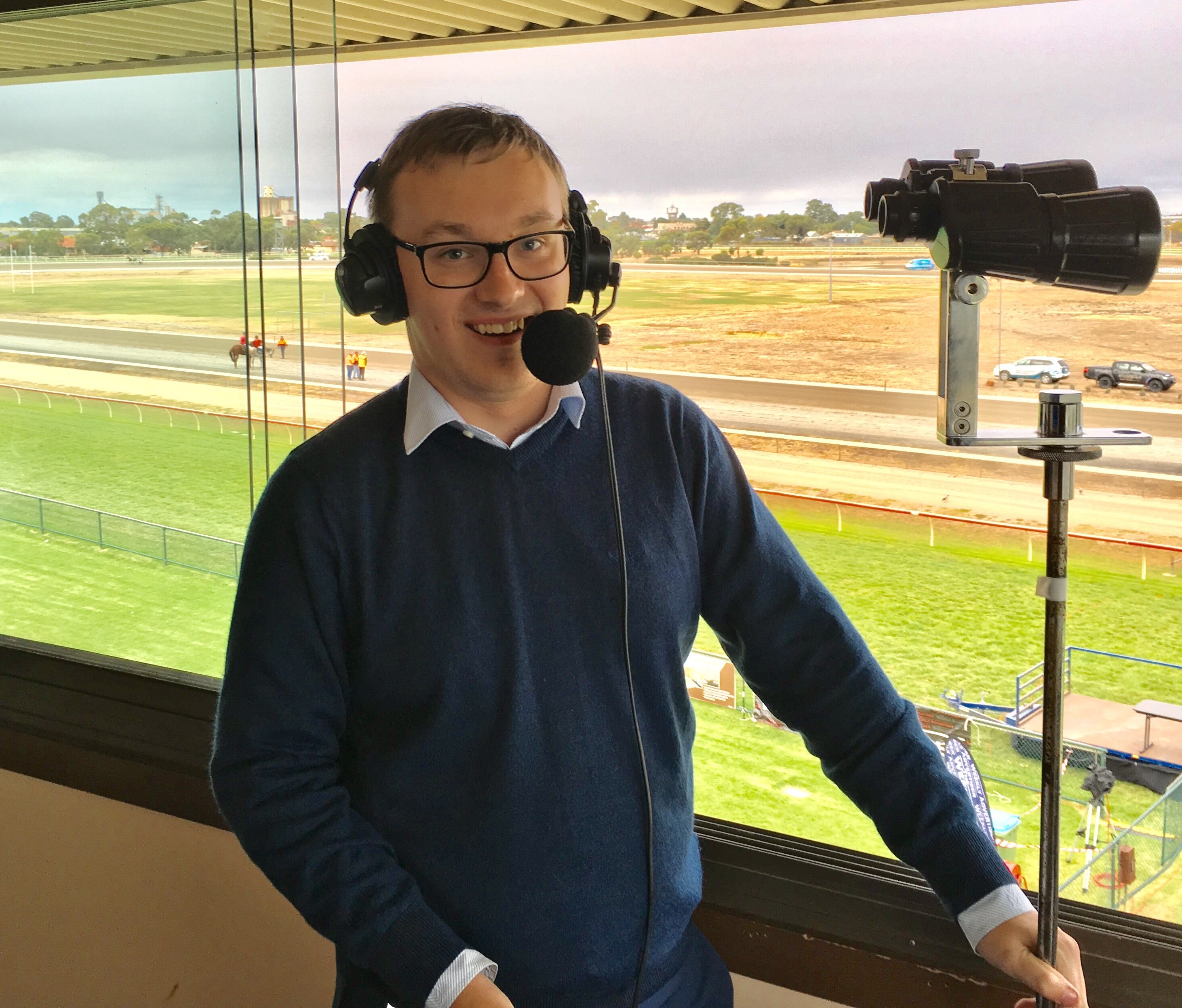 Humphreys, 18, fills the position vacated by Craig Rail, who will move to New Zealand to start a new chapter in his life after 14 years with HRV.

HRV Media and Communications Manager Cody Winnell thanked Rail for his service and welcomed Humphreys to the organisation.

“Craig has made a magnificent contribution to HRV and Victorian harness racing during his 14 years with the organisation,” Mr Winnell said.

“It has been an absolute pleasure having Craig on the team and his professional approach and enthusiasm will be missed by his legion of fans and his colleagues.

“I’m pleased to say that Craig will not be lost to Victorian trots fans as he will perform a variety of roles in the media and form space as an independent contractor.

“It’s great to be able to welcome Luke Humphreys to the team. Luke is a passionate and talented young race caller, who we have worked closely with in recent years. He’s looking forward to developing his craft alongside two of the very best in the business in Dan Mielicki and Lachlan McIntosh.”

“The first country cup I called in Victoria was Sokyola’s third Mildura Cup victory, which was a record at the time. It was a massive crowd and when Sokyola hit the lead at the home bend the whole crowd erupted and it was something I’d never felt before as a broadcaster. I was hooked on Mildura racing after that,” Rail said.

“It’s fitting that my last country cup will be back where it all began.

“I’ve had a great time in Victoria and met some terrific people along the way. I’m saddened to be leaving my position but my family’s my top priority.  I look forward to continuing to work with HRV in a new capacity.”

Humphreys said it was “an honour and a privilege” to join HRV.

“I have wanted to be a race caller since I was 10 or 11 years old. For years I practiced in the grandstand at Melton and was willing to travel anywhere for an opportunity to develop my calling,” Humphreys said.

“I love all of the three racing codes, but being brought up in harness racing it is my favourite.

“I’m looking forward to working closely with people who I’ve always looked up to in Dan and Lachie.”