Humbletonian 2019 was a resounding success, with connections of nine first-time winners (all Vicbred eligible today) picking up significant bonuses and prizemoney at Maryborough.

Congratulations to all the winners.

Let's recap how it all played out. 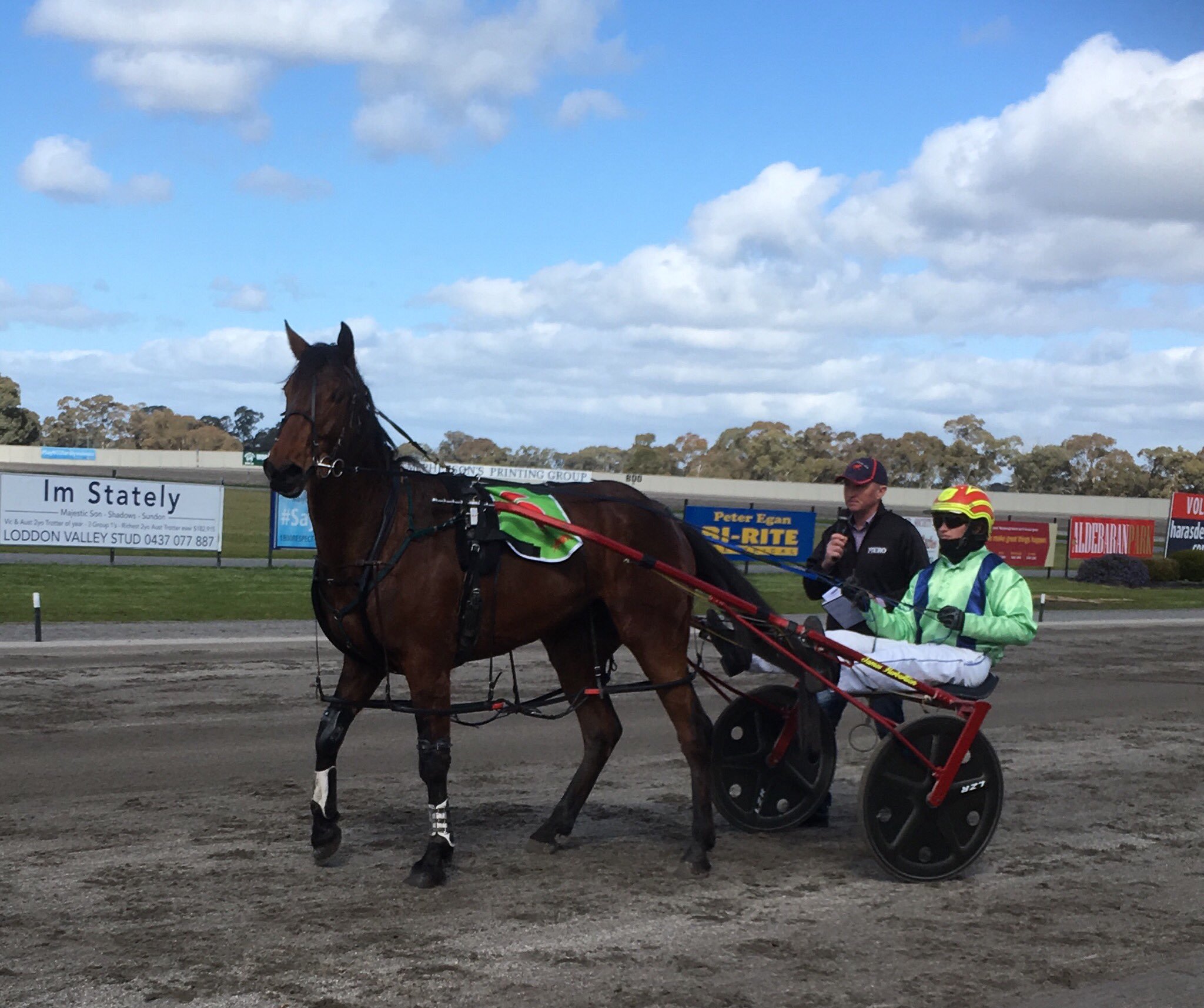 There are more wins in store for Surbiton Hartbreak after his Humbo win today. Reinsman James Herbertson was full of praise for the John Douglas-trained son of Courage Under Fire post-race

“He’s a nice horse and I’ve always just tried to keep a lid on Johnny and try and not get his hopes up too much,” Herbertson said.

“But he’s a pretty nice horse… if that 26.7 first quarter is right then yeah, that says it all.”

The quarter was adjusted to 26.9, so close enough to concur with the young gun reinsman’s sentiments given he had to work to get the lead and was able to kick on boldly late. 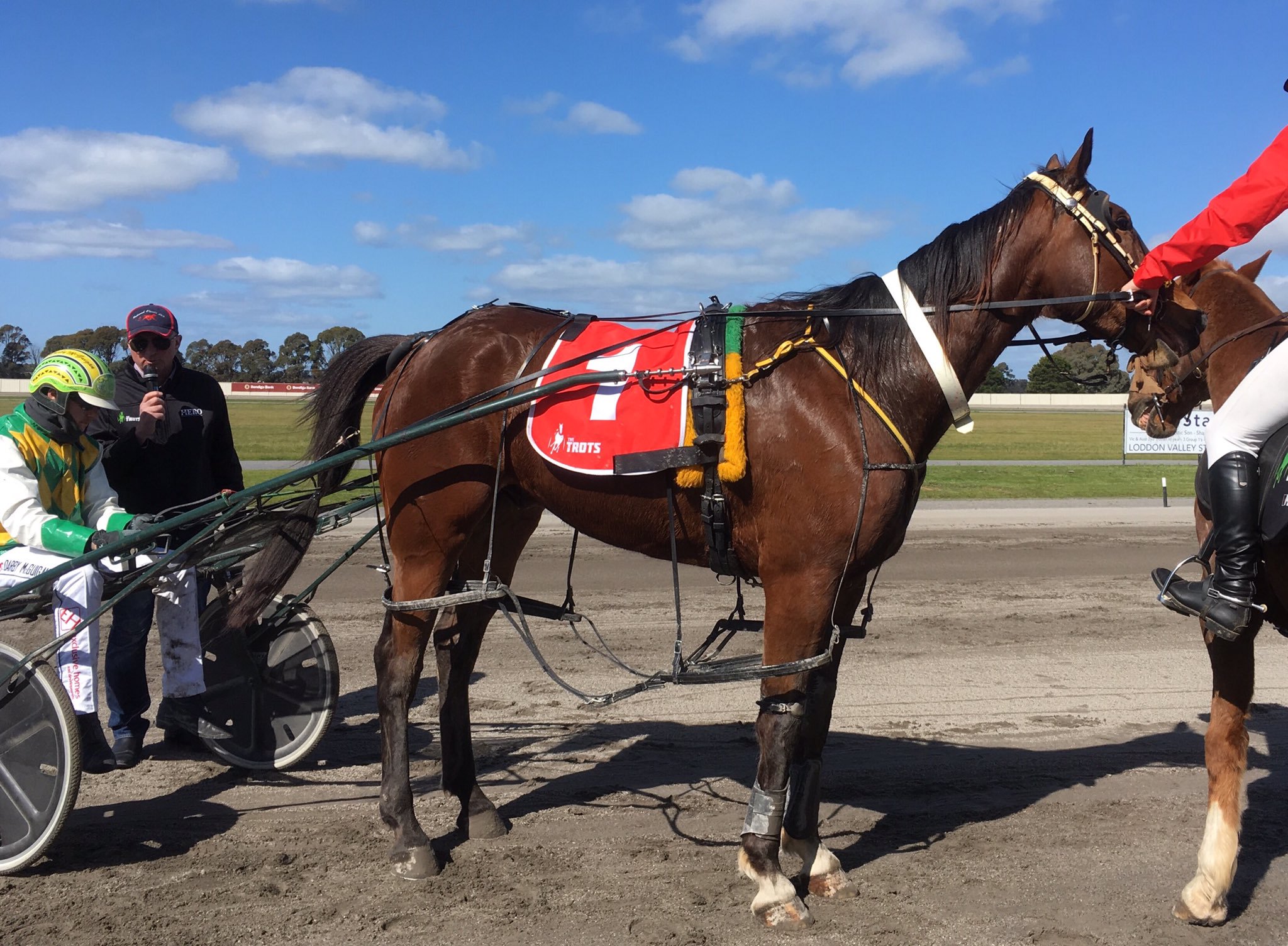 Funnily enough Carter Mayson hadn’t started since Humbo 2018, but this year he went one better than his runner-up effort of 12 months ago, a tip-top training performance by Philip Chircop.

“I’ve been driving him at the trials so I knew he was up to it,” said winning reinsman Darby McGuigan.

“His first trial at Bacchus Marsh he hit the line really good and then last time, I led on him and we worked out the hard way that he doesn’t go in front.”

McGuigan said winning any race involving a Vicbred bonus was “a great little kicker”, adding “everyone loves winning those”. 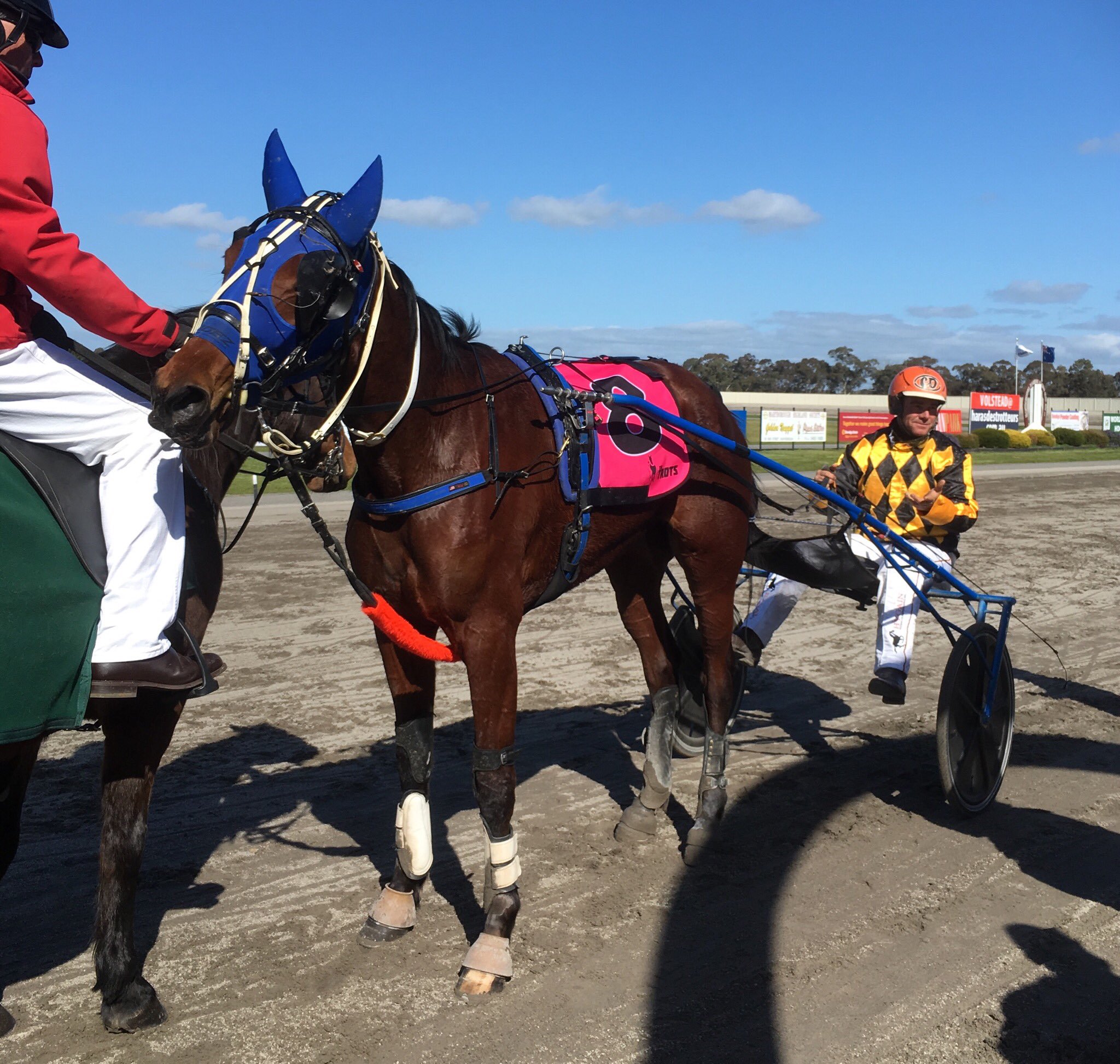 This filly, Illawong Stardust, might just be a little bit special, and she’s on track to potentially be a freakish three-year-old, according to winning driver Craig Demmler.

“(She) could be very dangerous,” he said.

“One thing I like is she’s got manners. She can relax, whereas (Illawong) Armstrong (the filly’s brother) can get on the bit a bit.

“I just wish she’d done that (behaved how she did today) on Saturday night … but she’s getting there. Jodi (Quinlan) has been very patient. I gave up after the Sires and said ‘put her out and let her grow’, but Jodi said ‘keep going’ which is the best thing we could have done.

“It’s been brilliant for her manners … and the other night, galloping away and giving them a big start like that just kills you but it shows how much ability she’s got.” 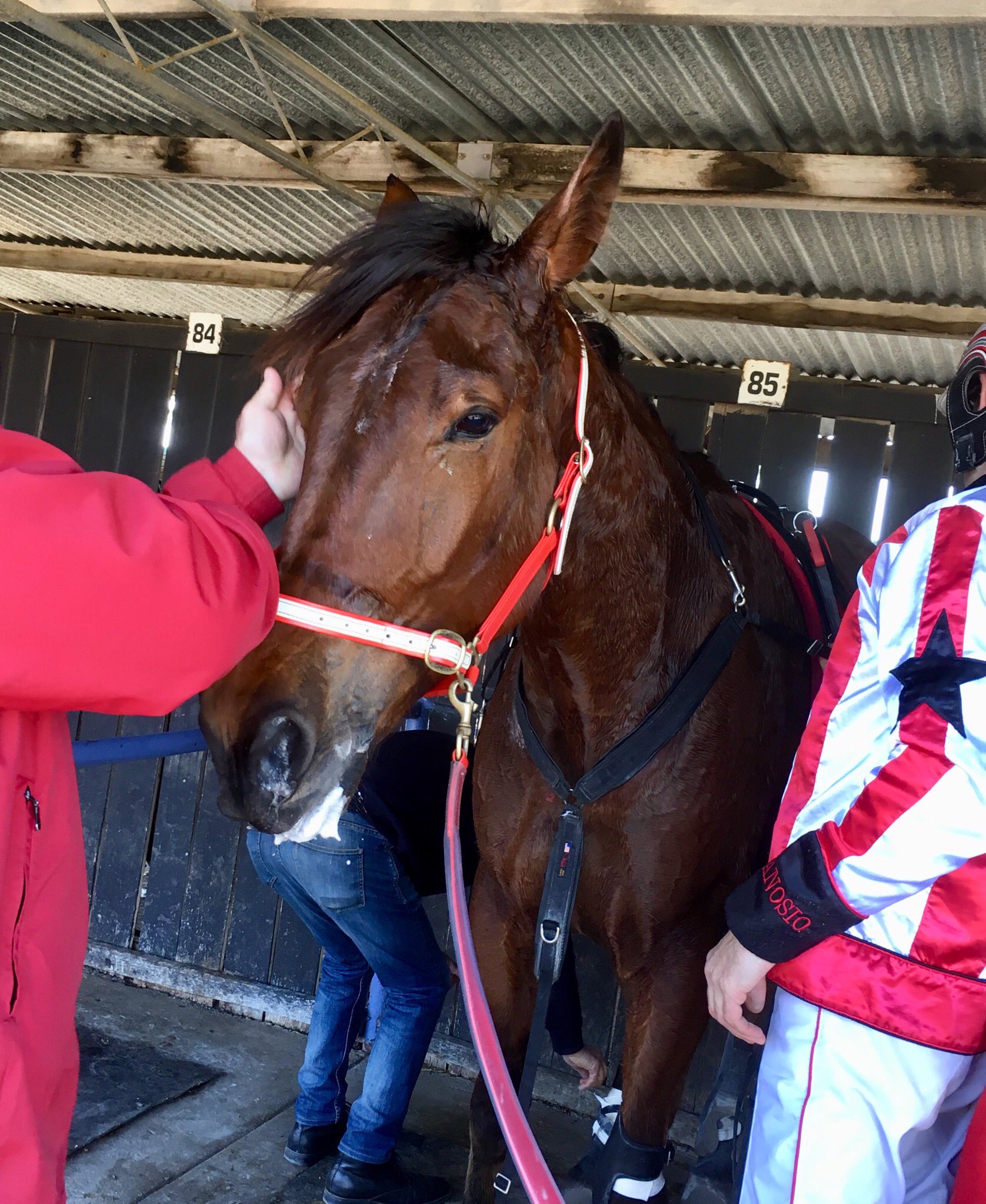 He’s only lightly raced but Highway Huntsman is making an impression early for trainer-driver Chris Svanosio.

“(I’m) glad he could put it all together today. He’s a pretty big, strong horse,” Svanosio said.

“He’s one of those horses who will hopefully keep getting better and better with racing.” 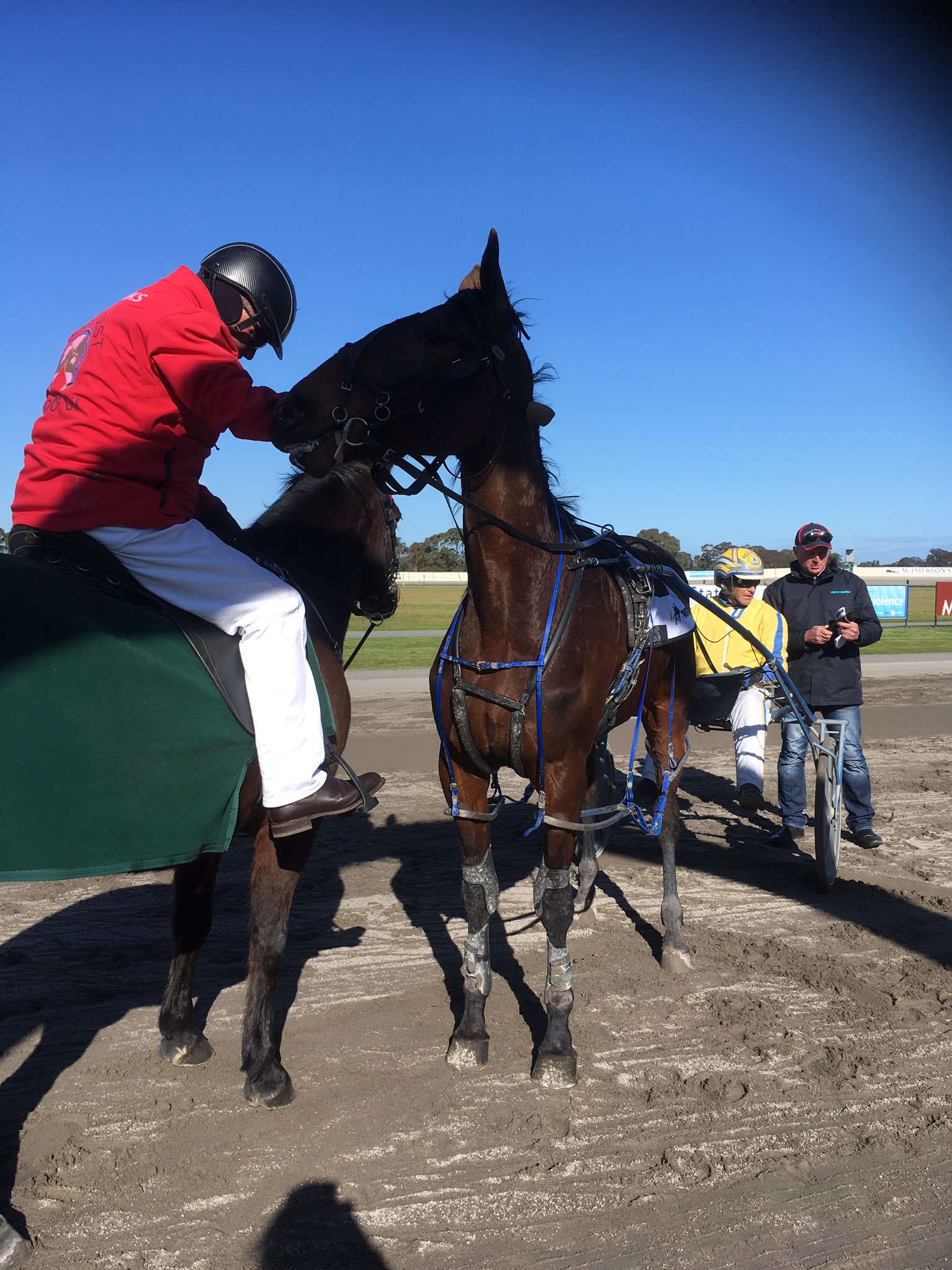 On a day where upsets came thick and fast, none were a bigger price than Secret Identity for Avenel’s David Aiken.

The juvenile pacing filly by A Rocknroll Dance is out of an unraced Jennas Beach Boy mare named Jerulas Shadow, who has thus far produced four winners from four foals.

At over $150 on one of the totes, Secret Identity got home too strong for Techys Angel and Minika.

“We locked wheels last week and she’s tender in the mouth … when I grabbed hold she went up in the air, but she felt good after that,” Aiken explained post-race.

“She’s a work in progress and she’s always been overgrown, so hopefully she’ll make a better three-year-old.”

Secret Identity is raced by Edith and Dot Schmidt, whose previous successes in the breeding barn include Tidal Surge (2 wins, $35k) and Mach Diva (3 wins, $20k) 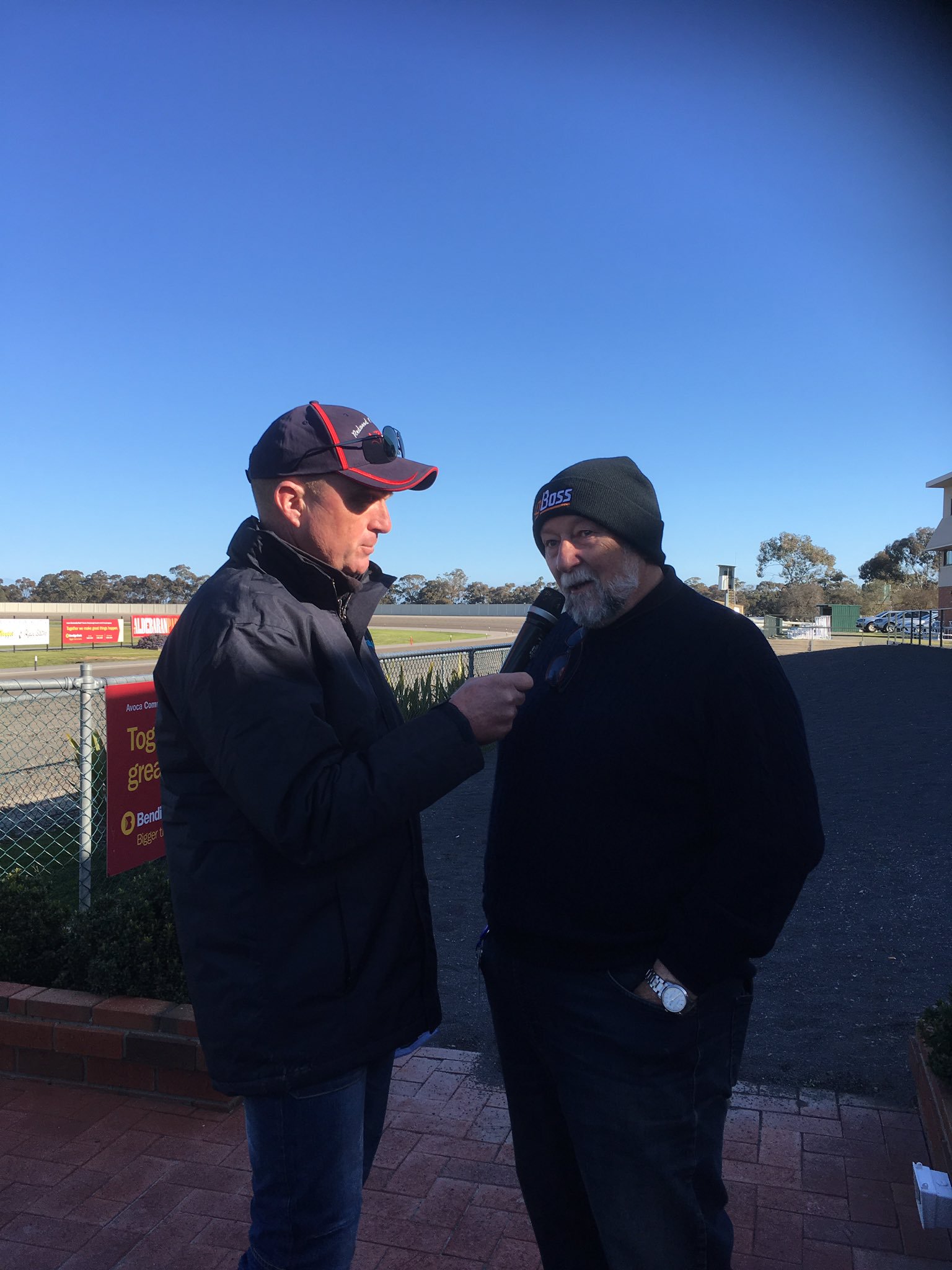 Chris Alford moved just two wins from yet another career milestone, taking his tally to 6,998 with victory aboard Allshookup for trainer Shayne Eeles.

The colt by A Rocknroll Dance enjoyed a beautiful run from the pole draw and got home over the top of first-starter Just Ralph by 3.6m.

Allshookup was bred by the Eeles and Viney families.

“I was a bit worried down the back but once I got the plugs out he got up and was really travelling,” Alford said.

“He was nice and relaxed and had that little kick. He only had to come out at the top of the straight.” 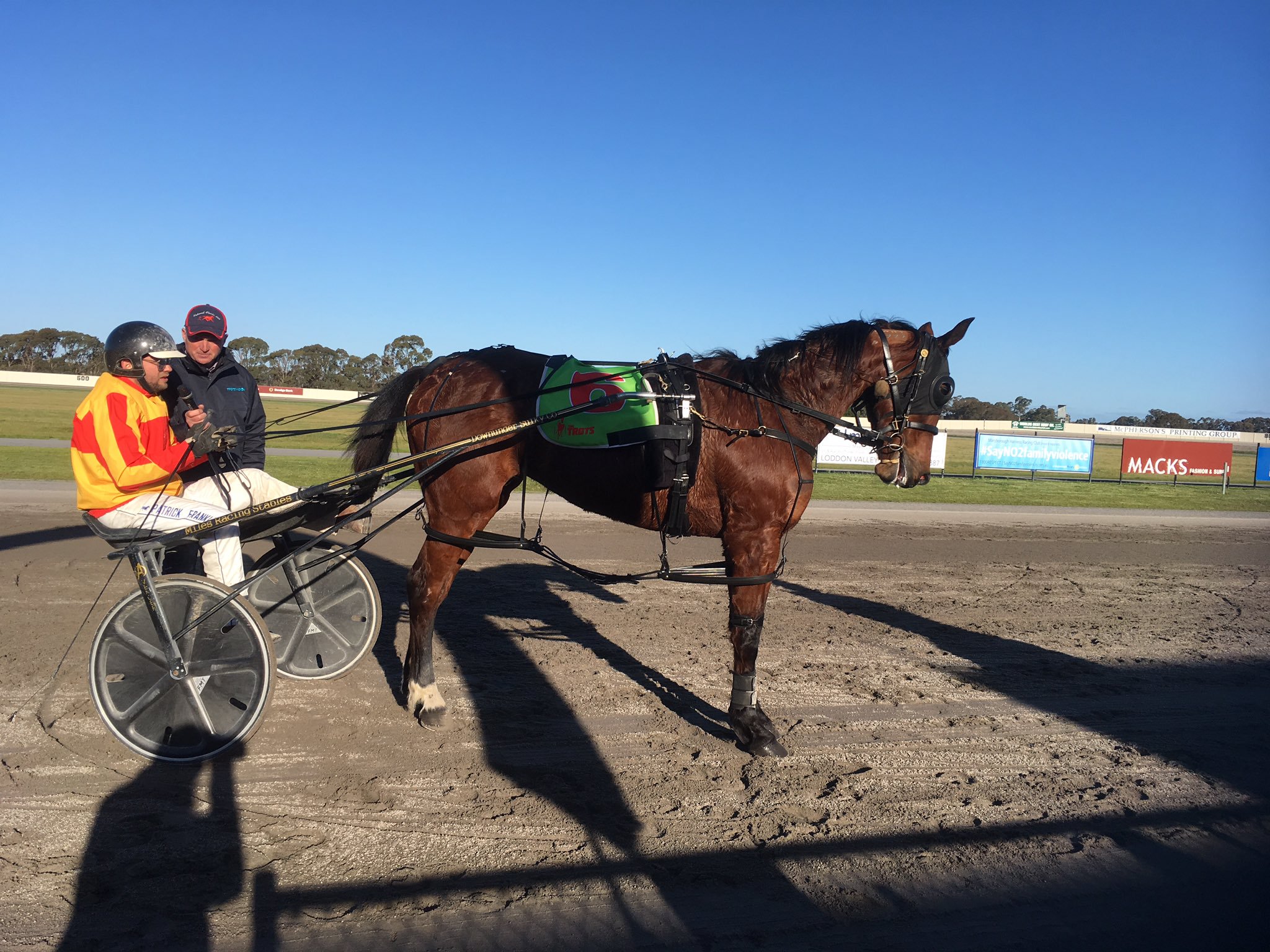 Winner: Speed Dating (All Speed Hanover-Chick At The Bar)

Here’s one of those great harness racing stories of a horse bred, owned and driven by the one fella – Patrick Franklin.

Franklin would have been thrilled with today’s windfall for his improving filly, who prior to today had just the one placing to boast from 13 starts.

When the David Miles-trained pacer was almost 20m clear approaching the home bend, Franklin must have been grinning.

Speed Dating kicked on at the finish to hold on by 3.5m over professional placegetter Jessies Girl, who is more than crying out to win a race.

Franklin has bred four horses to date, three from his broodmare Chick At The Bar, with his other winner being Pick Up Line.

Of today’s performance Franklin said:  “She’s a tricky filly to drive, and to train, and she’s tested our patience somewhat, but we found she’s probably better off in front if we could find the front. We’re very happy with her. I want to thank you to everyone involved. It’s a fantastic day.” 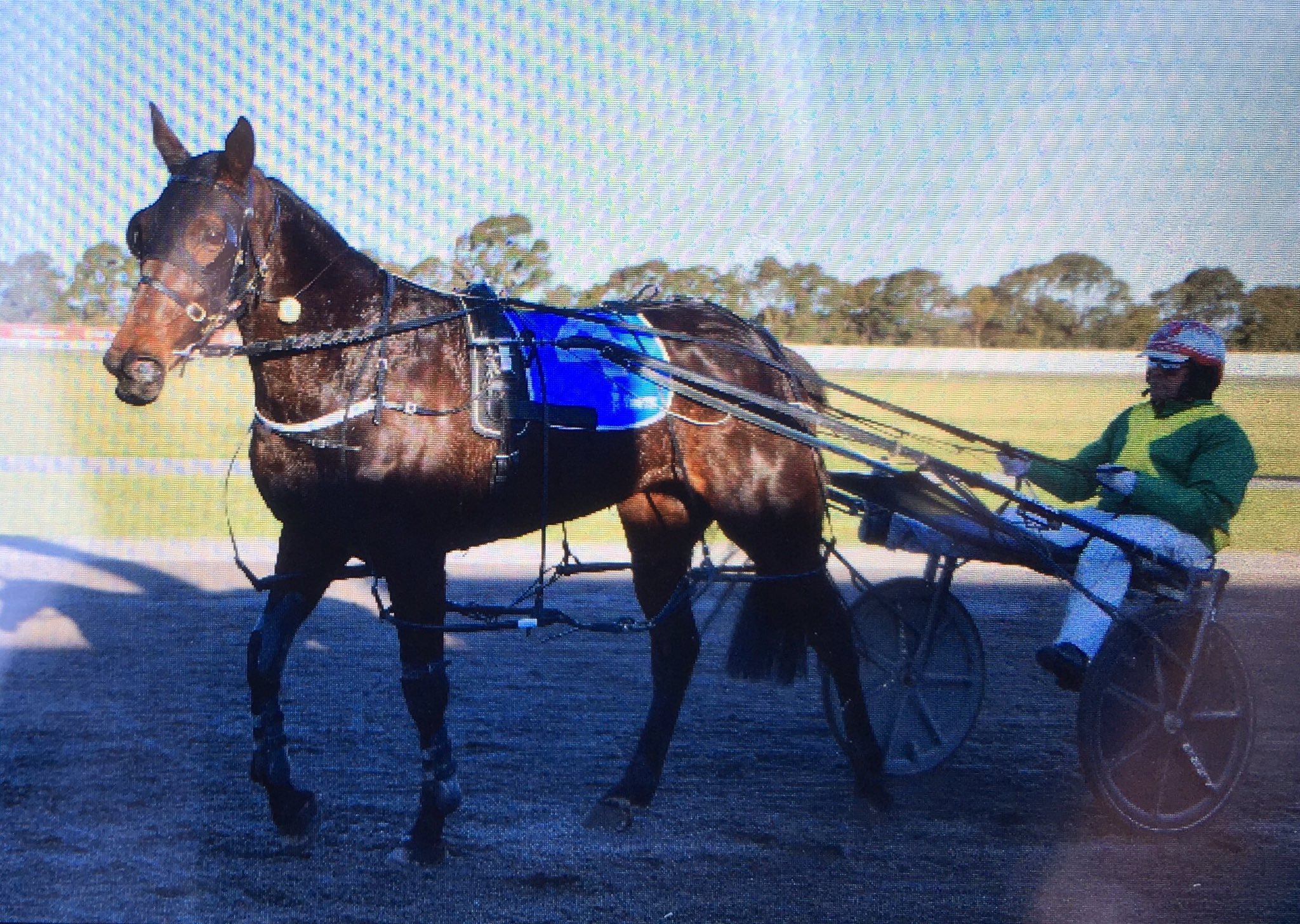 Graeme Dalton bred, races and trains black mare Missus Matilda, who was lining up for just her second race start at Humbo 2019.

And she didn’t let backers who took the $1.30 down, surviving a scare narrowly from runner-up Clever Cowboy (half-neck margin) in the straight, and then a protest by Josh Duggan in the stewards’ room.

In the finish Chris Alford proved the winning reinsman and took his tally within one of career win No. 7000.

Dances, trained by Donna Castles, proved simply the best in the last race on the program, fitting given her dam was the memorably named Im Tina Turner.

Bred by Raelene Sweet, who has previously had success in the breeding barn with Majestic Melody (six wins, $25k), Dances overhauled Zarem late to score by 1.1m.

“She can get a bit hot but she really moved nicely today.”

All photos by @HarnessBreeders on Twitter (Harness Breeders Victoria)