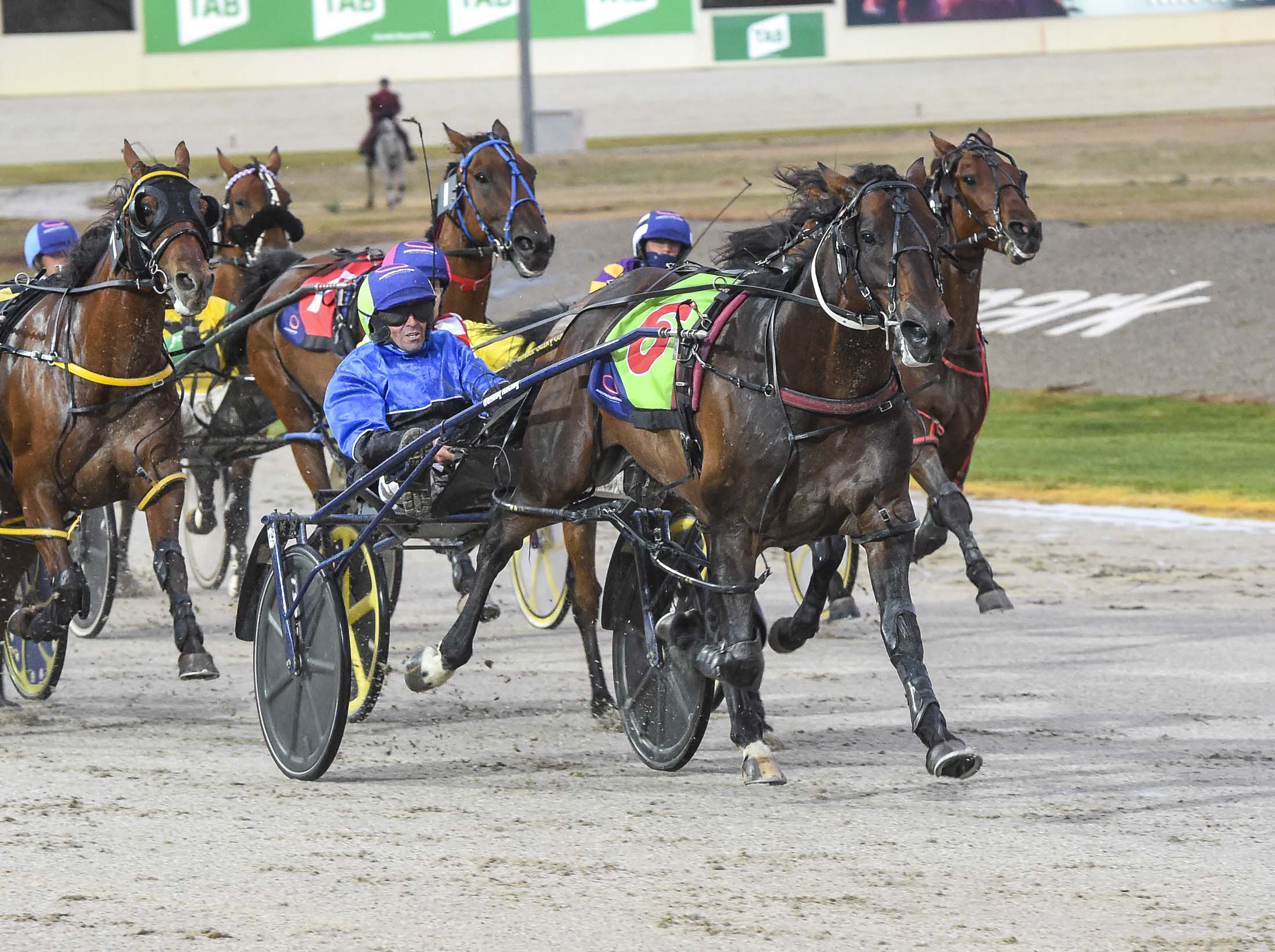 You could barely wipe the smile off Richie Caruana’s face after he landed a breakthrough metropolitan victory while securing a spot in the lucrative Mercury80 final on Friday night.

The Rockbank trainer took the drive behind his horse Off The Radar and he relished the 1200m sprint, charging home to score in the third heat of the series at Tabcorp Park Melton.

He came from off the speed to run over the top of pre-race favourite Call Me Hector, who endured a tough run but battled on to also clinch a place in the final.

Caruana, who had only trained 12 winners before Friday night’s triumph, said it was great to now be part of the $50,000 showdown on January 25.

“It’s a bit of a thrill being in a race like that - I’ve never been in one. It’s going to be a good feeling,” he said.

Caruana only trains a small team of horses part-time, but has had plenty of fun with Off The Radar, who has now won 10 career races. Four of those have been since racing under the Caruana name.

“I didn’t know what he was going to do today, honestly, because he is a bit of a lazy horse, but he can hold his ground for a bit of distance,” Caruana said. “He keeps on going.”

Off The Radar clocked 84.3 seconds during his win on Friday, which was the slowest of the three heats. Always Fast is the clubhouse leader after posting a time of 82.8 seconds, which was slicker than stablemate Liftntorque’s run of 83.4 seconds.

The last of the four heats will be run this coming Friday night, January 17.

Meanwhile, Sammy Showdown continued his progression towards being an elite squaregaiter with a fifth-straight win in the Allied Express Trot (1720m, NR 70-85).

Trained and driven by Myrniong’s Kylie Sugars, the four-year-old was a convincing winner of the $20,000 event, which was the biggest stakes race of his career to date.

Sugars was “rapt” with the performance.

“I looked over my right shoulder straightening up and I could see Kate (Gath and Majestuoso) coming and I think he heard her too and he kicked again.

“But what I really was happy about was at the start, how he accelerated through.”

CLICK BELOW TO HEAR FROM ALL THE WINNING DRIVERS IN THIS WEEK'S ALL CLEAR: