San Carlo back and set for fourth Inter Dom campaign 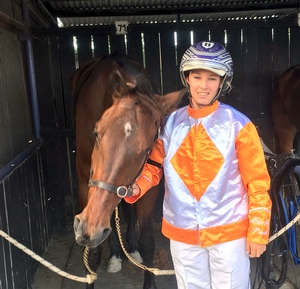 A fourth Inter Dominion series remains at the top of plans for veteran pacer San Carlo, who made an exciting return to the trials at his home track of Shepparton early this week.

Co-trainer Rebecca Bartley jumped in the sulky behind the 10-year-old on Tuesday night and drove him to victory, with the field ripping out a 55.6-second last half on its way to a 2:01.2 mile rate.

"He was really good," she told Trots Life on SEN Track.

"He just did it all within himself and it was good to have him back. I think he missed it more than I did, actually."

The son of Mach Three, a winner of 30 races and more than $570,000 in prizemoney, hasn't raced since September last year, and Bartley is plotting a slow and steady return with more trials likely in store.

It will all be aimed at getting San Carlo to New South Wales for the Inter Dominion Championships, which are scheduled through November and December.

"That would be really good if we can get him there," Bartley said.

"That is probably his main aim. Whether we can find a race or something leading up to that, but that's sort of always been the goal and the dream, if we could just get him back and get him to another Inter Dominion."

LISTEN TO BARTLEY'S INTERVIEW ON TROTS LIFE BELOW: