Sax back amid brilliant field to take on Arty at Bendigo 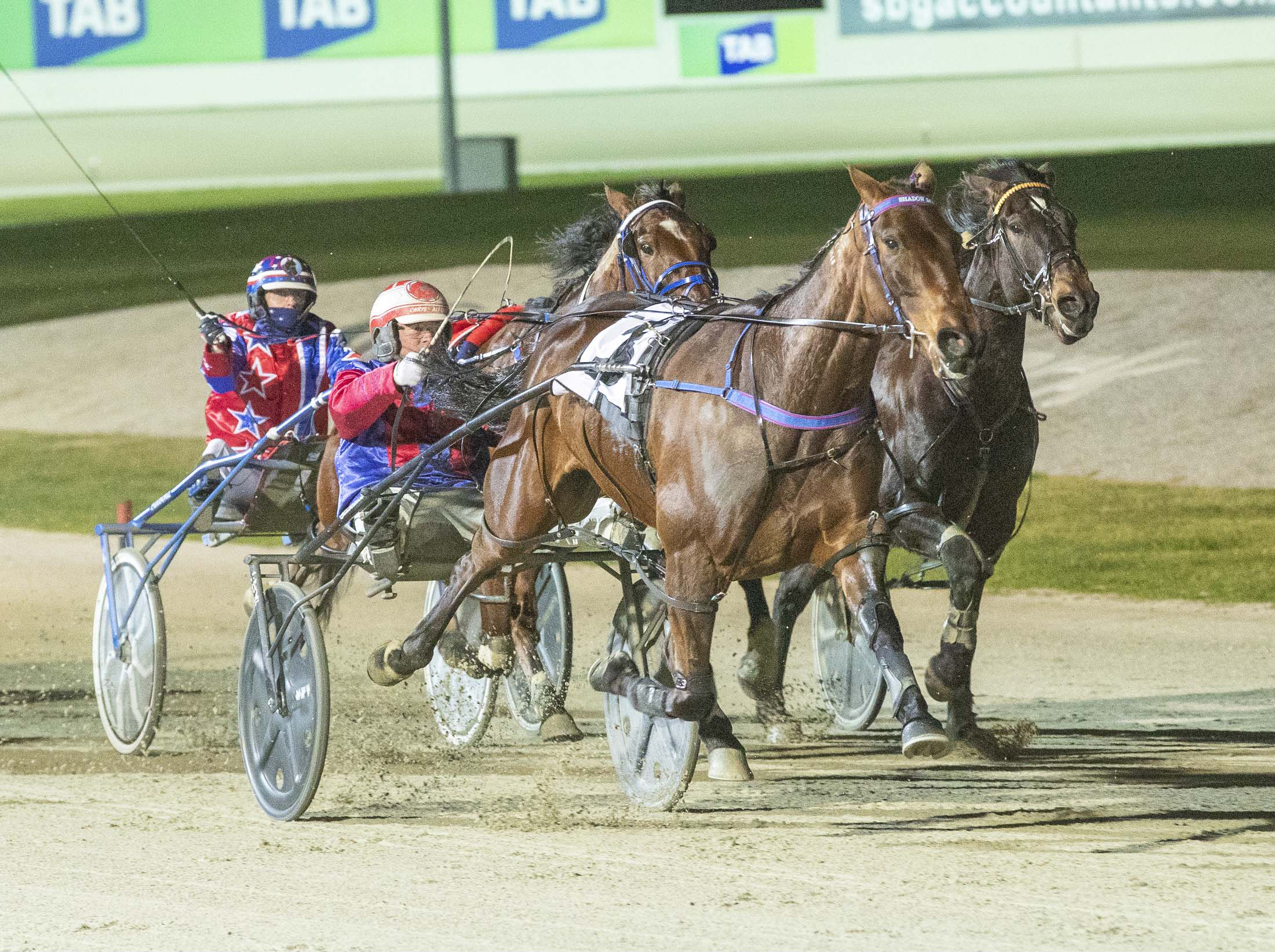 The battle for a place in the Pryde's EasiFeed Victoria Cup beefs up at Bendigo on Saturday night, with an extraordinary field of open class pacers presenting to press their claims for the $300,000 October 10 feature.

And the quality in the 12-horse field extends much further, including talented David Aiken front-runner Reactor Now, who's won nine of 10, while Inter Dominion finalists My Kiwi Mate, Sicario and San Carlo will also have claims.

Snapping at their heels will be Malcolms Rhythm, Idealsomemagic and Rackemup Tigerpie, in what shapes as the most hotly contested race on Victorian soil since February's Del-Re National A. G. Hunter Cup.

And the hits will keep coming on Saturday night.

The flood of nominations from open class pacing free-for-allers resulted in the addition of a second 80 to 120 rating race, the TLC Carpentry Pace, where last-start winners Diamons N Cash, Sofala and Rocknroll Eyes will clash with A Fair Ol Dance, Form Analyst, Louis Sedgwick, Chris Svanosio's pair Repeat After Me and Mister Wickham, and Craig Demmler's duo Somebeach Shadow and Fake Smile.

There will also be plenty of opportunity for the next big things to strut their stuff.

The Simonds Homes Bendigo 2YO Pace draws together some of the class's best performed types this season, with all having broken their maiden status. Clayton Tonkin's Idyllic will look to turn the tables on David Moran's Lochinvar Chief, while Emma Stewart has entered unbeaten Beyond Delight and two-time winner Ideal Dan. Geoff Webster's Tuppence, Paddy Lee's Jilliby Retro and Moran's Ifitstobeitsuptome complete the field.

Tailored Elegance and Powderkeg are among those locking horns in the TAB Long May We Play 3YO Trot, while the $20,000 mares feature - the Southern Cross Office Equipment Pace - will pit in-form Goodtime Heaven up against the likes of Amelia Rose and David Miles' pair Six Elements and Enchanted Stride.

A class field has also assembled for the $20,000 Aldebaran Park Trot, where Kyvalley Chief will attempt to make it six-straight against the likes of Emerald Stride, Brandlo Prince and seasoned campaigner C K Spur.

Then there's the Garrards Horse & Hound Pace, where talented youngster Mach Dan takes on mare Soho Nolita and Amanda Turnbull trio Sonny Weaver, Shoobee Doo and The Crimson Prince to name but a few who have fronted for the $20,000 sprint.