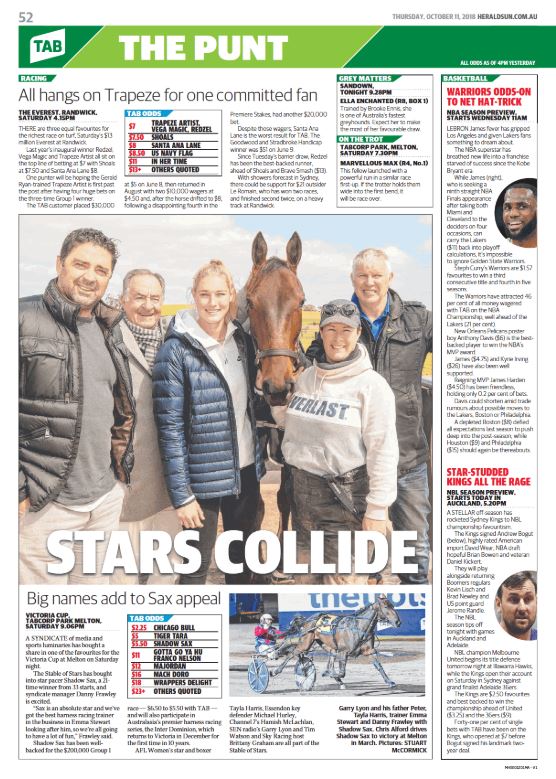 The trots’ Stable of Stars is back!

The ownership group made up of media and sports luminaries has purchased a share in superstar pacer Shadow Sax, who is the third favourite for Saturday night’s Pryde’s EasiFeed Victoria Cup.

And it's believed more high-profile owners will join the ride along the way!

“Sax is an absolute star and we’ve got the best harness racing trainer in the business in Emma Stewart looking after him, so we’re all going to have a lot of fun,” Frawley said.