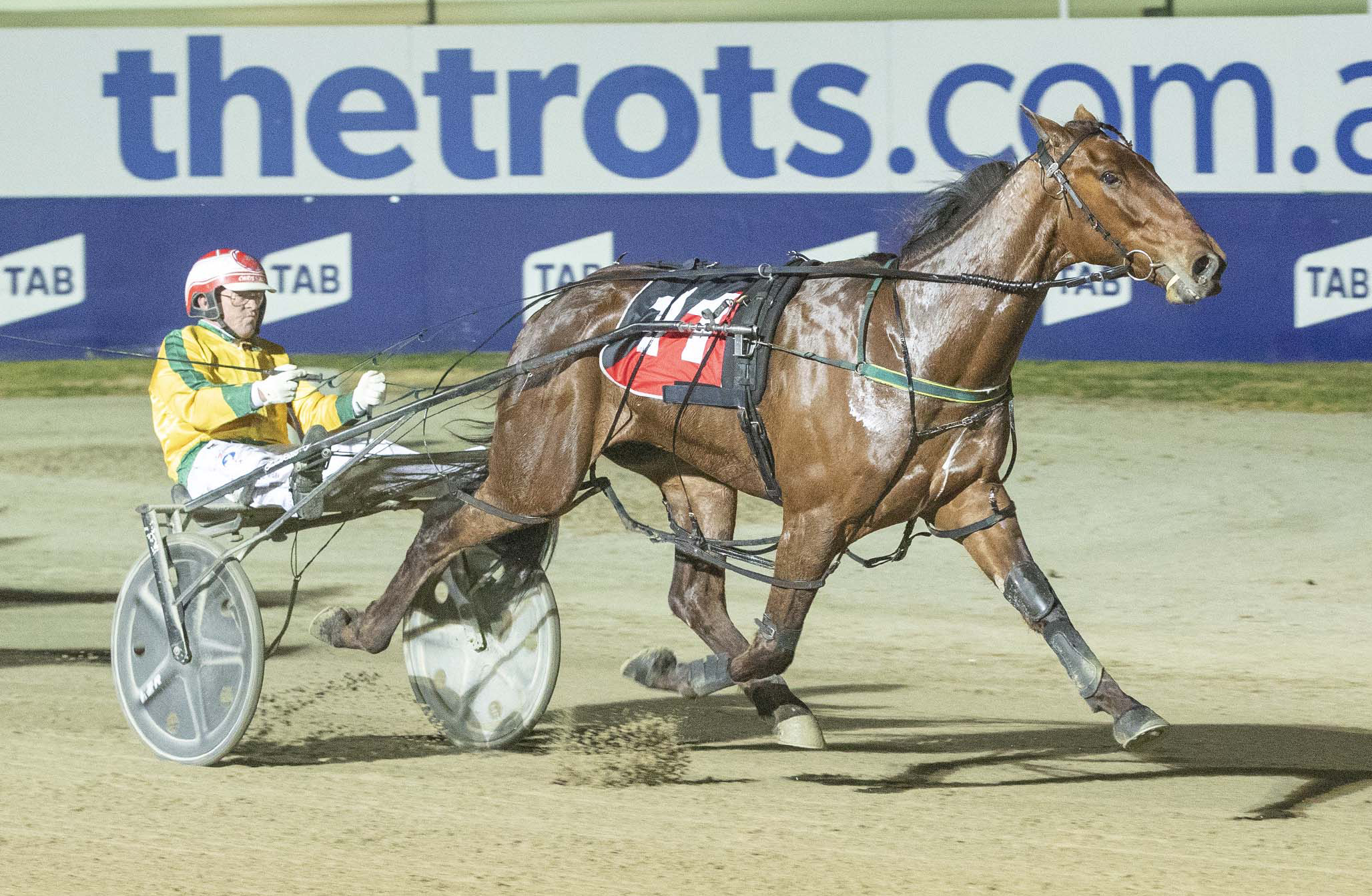 Finding a horse with the ability to score five wins on the trot is like finding a needle in a lucerne bale, so it's no surprise it took Russell Maisner four decades and just as many generations of breeding to find one in Abridged.

Maisner, whose first taste of the trots was attending the Showgrounds as a 10-year-old in the 1970s, will be at Tabcorp Park Melton on Friday night watching the unbeaten four-year-old shoot for win number six in the 1720m Fixwell Smash Repairs Pace.

But the story behind this promising pacer is anything but abridged.

It all started in the early 1990s; Maisner was driving in races – his main passion – for about a decade while forging a corporate career to pay the bills.

Along came Lady Muck, a Muckalee Strike mare who won six races from 13 starts for Brian Hancock in 1990/91.

“(She was) the first horse we bought,” he said. “There were a couple of friends (in on her, but) we dissolved the partnership (and) I kept her.”

Maisner bred Laconic, a filly out of star sire What’s Next.

He raced her 21 times with wife Karen Dunwoodie for nine wins, including winning the 2001 Australian Pacing Gold three-year-old fillies’ final with good friend Darren Hancock aboard.

He said Laconic, who was trained by Peter and Kerryn Manning, was the fastest horse he had owned.

“She just had blinding speed, brilliant gate speed and as long as you didn’t look at her from the knees down she was a beautiful horse,” he said.

“She won (the APG final) with bone chips in both her knees, so we never saw the best of her.”

Laconic was sent to the breeding barn and it didn’t take long for her to excel. Her first foal, by US sire Panorama, was Abbreviated – the dam of Abridged.

He brought good friend, Sydneysider John Chase, on board.

“John had been in the thoroughbreds and had a horse with Gai Waterhouse but didn’t really enjoy the experience of a syndicate,” he said.

“So we went halves and John put his wife in and I put my wife in (as co-owners) and he has been my partner now for 14 years.”

Abbreviated, also trained at Great Western, won eight races – including one with Maisner on board – between 2006 and 2008 until injury issues again took their toll.

But Abbreviated would shine as a broodmare, with her first three starters – the last Abridged – all winning at least four races. The fourth, three-year-old Brevity, is also looking promising.

The son of late, brilliant Alabar stallion Mach Three, Abridged won those races faster than any horse Maisner had owned or driven.

“We know he will get beaten as it gets harder. I don’t know where we will end up, you harbour dreams (of winning top-flight races) deep down in your soul,” he said.

“But it is hope and so you just go ‘we will just enjoy the wins as they come’. We savour every win; we don’t take anything for granted.”

Maisner doesn’t take his love for driving for granted either: He has driven in almost 100 races since 1980, winning six of them.

He is so passionate about sitting in the sulky he makes almost weekly 300km round trips from his Hawthorn home to Emma Stewart and Clayton Tonkin’s Smythes Creek stables for the privilege.

He said he loved the professionalism of Stewart, who along with regular driver Chris Alford departed Sunday night’s Gordon Rothacker Medal celebration with a suitcase of trophies.

“The reason why I drive the distances I do to go there is just because I love the way they train, I love their approach to the horses,” he said.

The regular trips also give him a chance to see the treasure chest of quality four-year-olds at Stewart and Clayton Tonkin’s stables, the likes of Poster Boy, Ride High and Konan to name a few.

“I know we think reasonably well of Abridged, but I drive these horses and it is like, ‘err, I don’t know if we want to meet any of these’,” he said.

“You look at them, there’s probably about six or seven of them on the list. It is very intimidating.”

Regardless of what the future holds, Maisner is always looking forward with hope – and with good reason.

Abbreviated is one a handful broodmares booked in to be served with Mach Three’s final reserves of frozen sperm. All going well, a full brother to Abridged is on the way.