'This horse is my everything': Charlene's boy does it for Dad 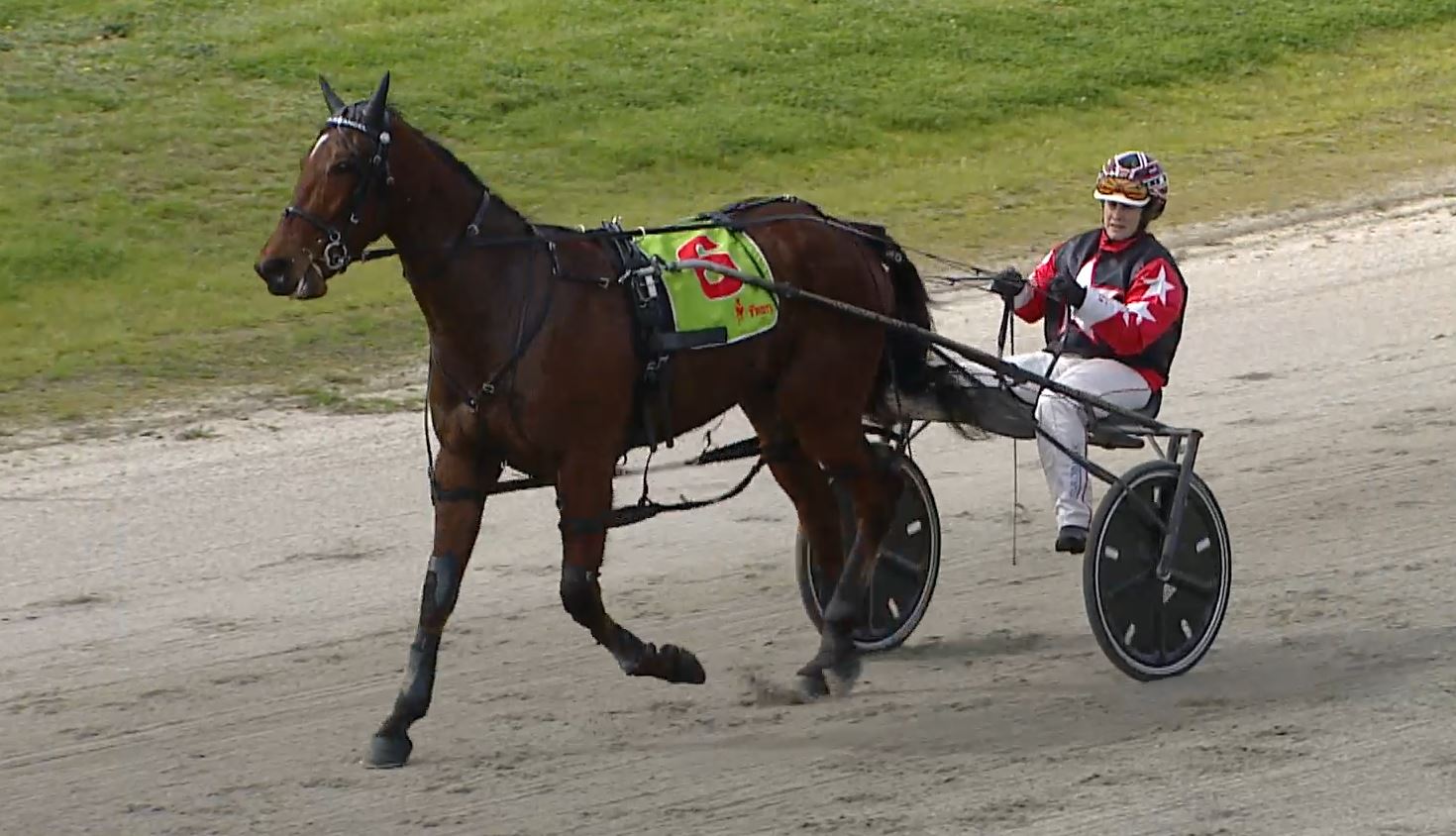 Hes Charlies Angel’s debut demolition job at Cobram this afternoon was many things. It was breathtaking, exhilarating, stunning and uplifting, but it was also deeply emotional for those closest to the horse.

Bred, owned, trained and driven by hobby horsewoman Charlene Gusman, the two-year-old son of Sweet Lou stamped himself as a potential star with a blistering 22.2m victory in the Peter Enals Cobram Caravans 2YO Maiden Pace (1670m).

After being only modestly away from barrier six, Gusman sent Hes Charlies Angel forward to sit outside the leader at the bell and then shot for home out of the back straight. He left the field in his wake, with final quarters of 27.7 and 26.6 contributing to a red-hot 1:55.4 mile rate.

Gusman’s salute to the sky crossing the line was a tribute to her late father Charlie, who the horse is named after and remains her inspiration.

“My Dad got very sick about eight weeks ago and in a matter of two weeks he’d passed away from cancer,” she said.

“His name was Charlie. I’ve got six foals out of the mare (Shes Norma Jeane), this is the only boy and this was his favourite. So I thought I’d name him for Dad and he’ll look after me.”

Gusman said her father encouraged her to accept a significant offer to sell the horse before he reached the trials, but her decision to keep him has already been repaid with a victory that will live long in the memory.

“I persevered and he’s proved to be a nice horse,” she said.

“This horse is my everything. He means the world to me.”

Hes Charlies Angel is a half-brother to Lola Montez, Shesalwaysdreaming and All My Savings, who all won races for Gusman.

A little freshen-up is on the cards for the bay gelding before he comes back into work for big juvenile features such as the Breeders Crown and Vicbred Super Series.