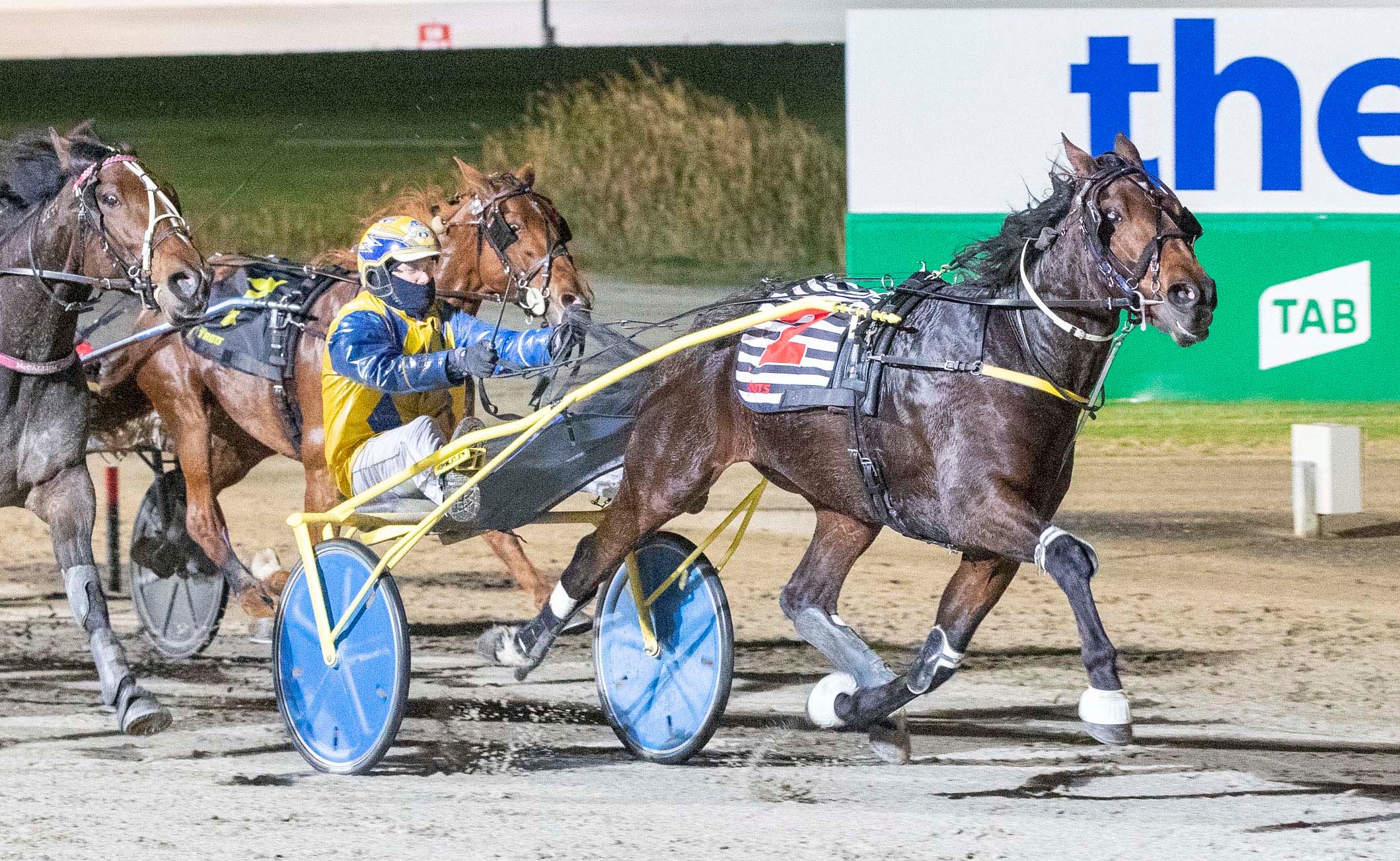 Talented trotter Hatchback has joined the growing list of Australasian Premier Trotting Sale graduates to enter the list of $100,000 earners.

He became the 25th APTS graduate to reach the magic six-figure mark when he beat a strong field at Melton on Saturday night.

The five-year-old gelding led from the outset, carving out his last two quarters in 29 and 27.7 seconds to easily keep his rivals at bay.

“He’s always had the speed. He just needs to improve his stamina,” trainer-driver John Justice said.

“Providing he has no more setbacks we’ll set him for the Great Southern Star and the country cups,” Justice said. “He’s still moving into his prime.”

The long range plan for Angus Hall gelding is the 2022 Inter Dominion Championship at Melton next December.

Hatchback has numbered the 2021 Bendigo Trotters Cup and four Melton wins among his eight successes so far.

The gelding is the last foal of the former 2YO and 3YO Trotter of the Year Jauriol, who is also the dam of the dual Vicbred champion Endsino and the metropolitan winners Skyflyer and Joekenn.

Tamoshanter (Albion Park), Banglez (Bendigo), The Girls Gotflair (Warragul) and Birthday Suit (Swan Hill) have been other recent winners from the APTS sales.