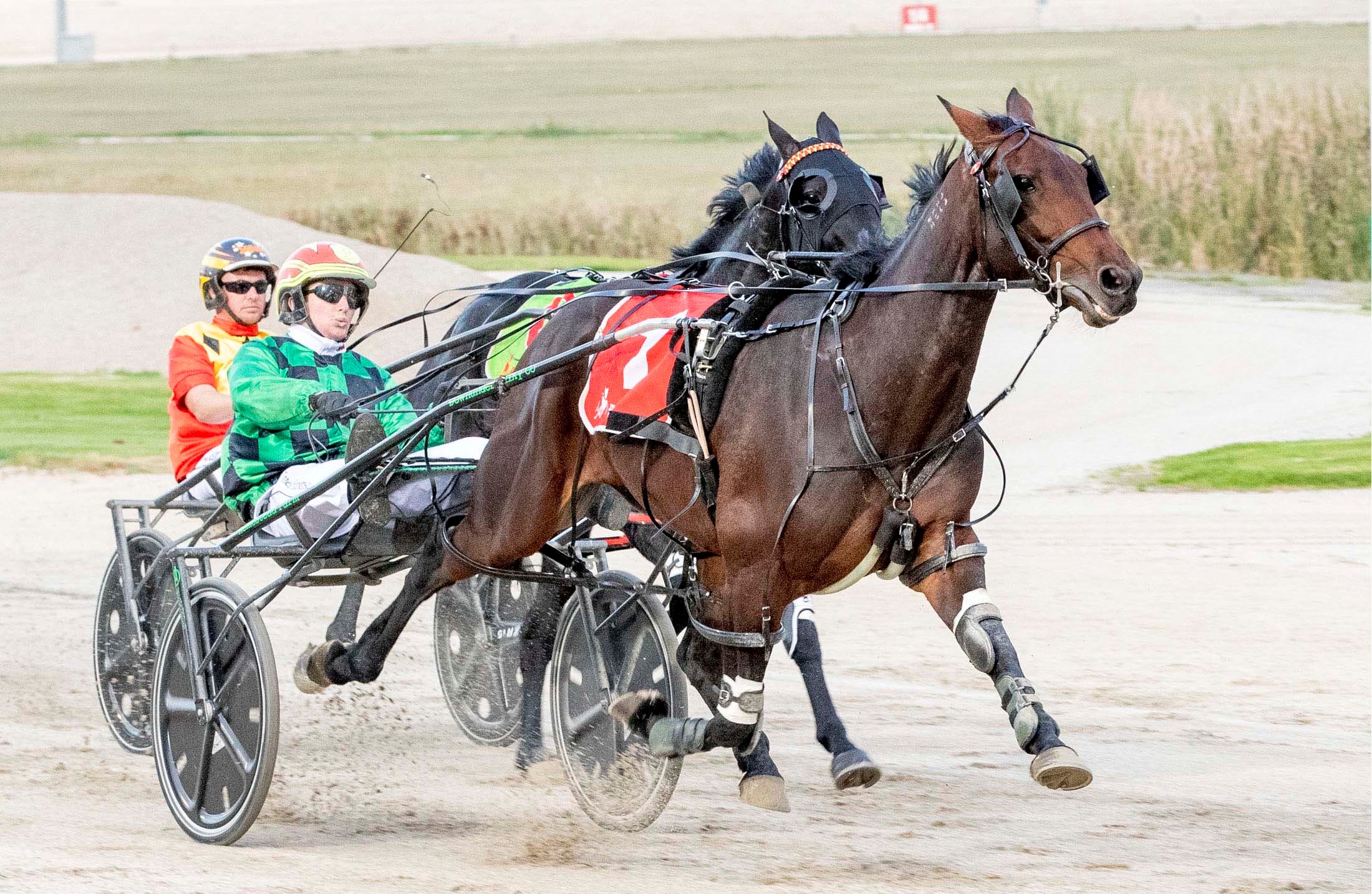 John Yeomans is no stranger to Australian Pacing Gold success, but does need to stretch his memory a fair way to recall his one previous triumph in the rich national series.

The Doreen-based trainer prepared youngster Etoile to win the APG two-year-old final all the way back in 1994, a victory that proved one of just four in the horse's career which ended just over a year later.

Now, Yeomans is looking to a pair of stablemates to help him lift Group 1 silverware once again.

This time it will be in the APG four-year-old division, for horses that missed the abandoned three-year-old series due to the COVID-19 pandemic.

Yeomans and his wife Christine bred, own and prepare the exciting Its Ebonynivory and Its Beaujolais, who ran the quinella in the Australian Pacing Gold 4YO Mares Heat at Tabcorp Park Melton last Friday.

Some tricky draws - Its Ebonynivory has nine and Its Beaujolais seven - will make the job tough against a quality field, which includes the well-fancied Pelosi, who won the New South Wales heat last week.

"I think Beaujolais is probably the better of the two, not that there is much between either one of them," Yeomans told Trots Talk.

"It's a pity that we have drawn where we have - two of the worst draws - but we won this race 27 years ago with a horse called Etoile. She drew barrier nine, she was one of the longest priced horses in the race, Trevor Dove drove her and she got up and won for us."

"Indigenous has been a great producing mare and has had over eight or nine winners. She's in foal again to Sweet Lou. She's getting an old girl, this will probably be the last foal," Yeomans said.

The $210,000 APG 4YO Mares Final (1720m) will come two races after the clash between the entires and geldings, where another NSW campaigner looks awfully hard to beat. Luke and Belinda McCarthy's star Expensive Ego - the 2021 Chariots of Fire champion and Miracle Mile runner-up - cruised through his heat at Menangle last week and has come up with barrier four - three if emergency Jawbreaker doesn't gain a start - for the feature.

He will take on some key Victorian-based rivals, but has the early advantage over local heat winners Pacifico Dream (Andy Gath) and Mach Dan (Emma Stewart), who have barriers six and nine respectively.

The Australian Pacing Gold 4YO Consolation will be run at Group 2 level early in the night, with a field of six to do battle over 1720m, while plenty of attention will be on the Mick Chircop-trained General Dodge, who is back at the races after a blistering first-up win at Geelong two weeks ago.

He will start from barrier seven in the TAB Golden Reign Free For All, where he will come up against NSW raider Star Galleria, who last ventured to Melton for February’s Del-Re National A.G. Hunter Cup.

LISTEN TO YEOMANS ON TROTS TALK BELOW:

Sweet Belle by Sweet Lou out of Belle Eyre at Winton

Santa Maria by Bettors Delight out of Galleons Supreme at Auckland

True Fantasy by Bettors Delight out of Secret Notion at Auckland

Fiamma by Bettors Delight out of Twice As Hot at Melton

Hidden Delight by Bettors Delight out of Hidden Jewel at Newcastle

Wrangler by Bettors Delight out of Jen Marie at Albion Park

Ragnarr by Bettors Delight out of Regret at Albion Park

Tabcorp Park Melton, R2 N2, A Jewel In The Crown

A JEWEL IN THE CROWN performed nicely for a trotter that was taking on the pacers. He settled four back on the markers and tried to follow up behind KEAYANG KAMIZAKE over the final stages. He only peaked in the final 100m and ran a handy third. REPORT

SHES A HOVERCRAFT settled in seventh spot and picked up some ground late. She beat home SPRING DELIGHT, which raced three back on the markers and MANGOCHILILIME (6 back markers). DIVINE DIVA followed the field around for the entire trip and was last of the eight runners to complete the course. REPORT