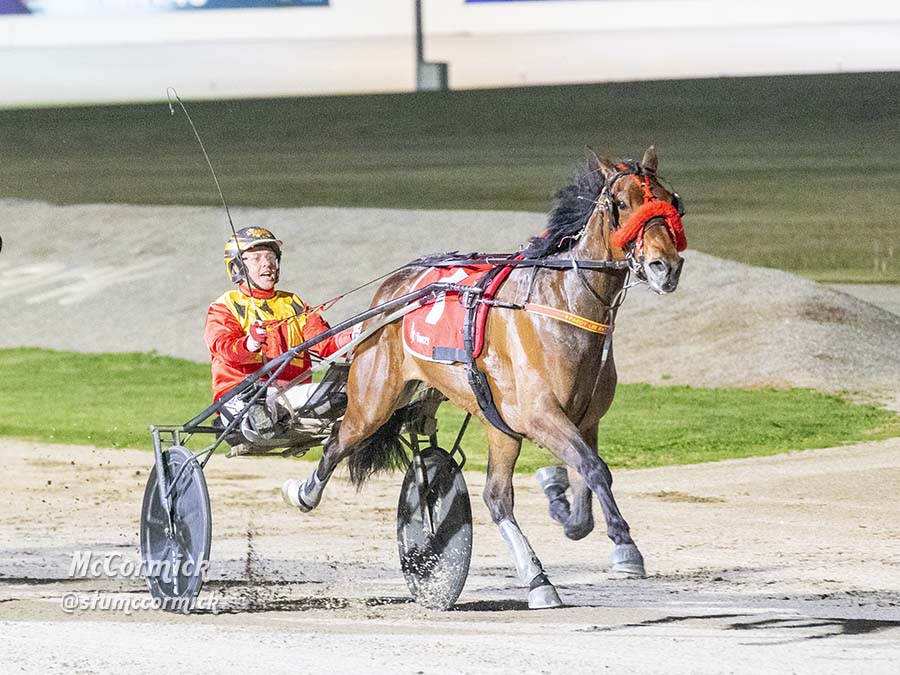 Those who follow our sport know harness racing winners are often raced, trained, bred, and even driven by members of the same family operation.

It is a huge selling point. A point of significant difference. A story that needs telling to the masses: The accessibility of the trots; the thrill of involvement, from the initial decision to get a mare in foal, to the foaling itself, to the initial training, then to the trials, to the races, and hopefully to the winners’ stall. 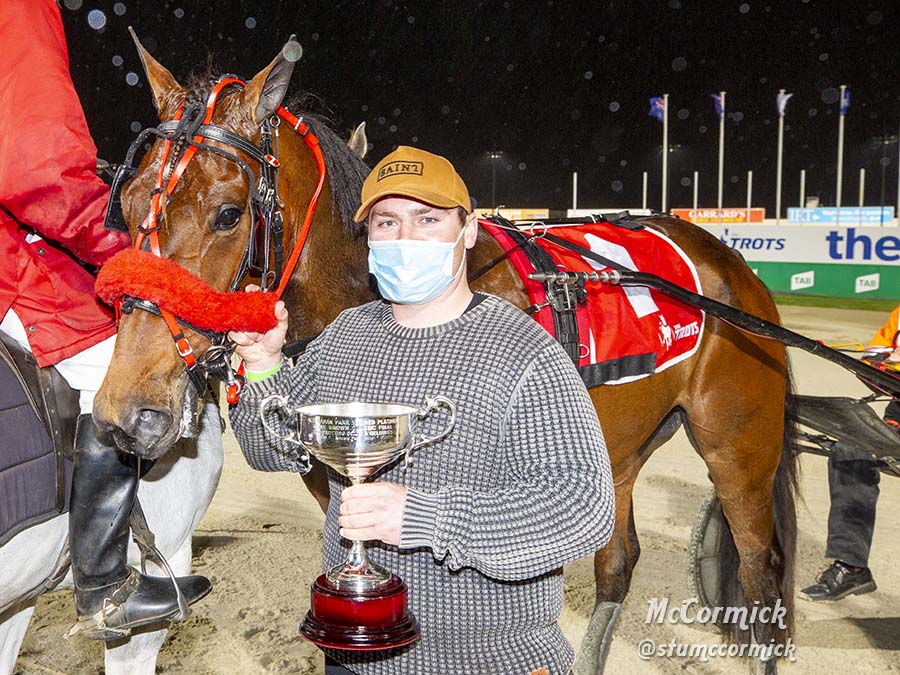 Keayang Ninja (pictured above with Jason aboard and right with trainer Paddy) prevailed for Paddy and Jason Lee in the Home Grown Colts and Geldings Final.

Paddy takes the training credit, Jason the driving, while mum Marg has a one-third breeding credit in the gelding along with her sons.

Dennis and Shirley Paton meanwhile bred Sheza Pleasure (pictured right with Dennis and below with Kerryn Manning in the sulky), winner of the Fillies Home Grown Classic, with Dennis the trainer. Tonight, he engaged Manning to steer the filly to Group 1 success.

“He’s a lovely bloke,” Manning said of Paton, whose win tonight broke a 35-year metropolitan training win drought, with his previous metro win coming in 1985 with Anne Of Hanover at Moonee Valley.

“He’s had a bit of a headache with this one sometimes. He’s been doing a few different things with her of late. She was naughty last time but added the Murphy Blind for hanging in and she was good tonight. 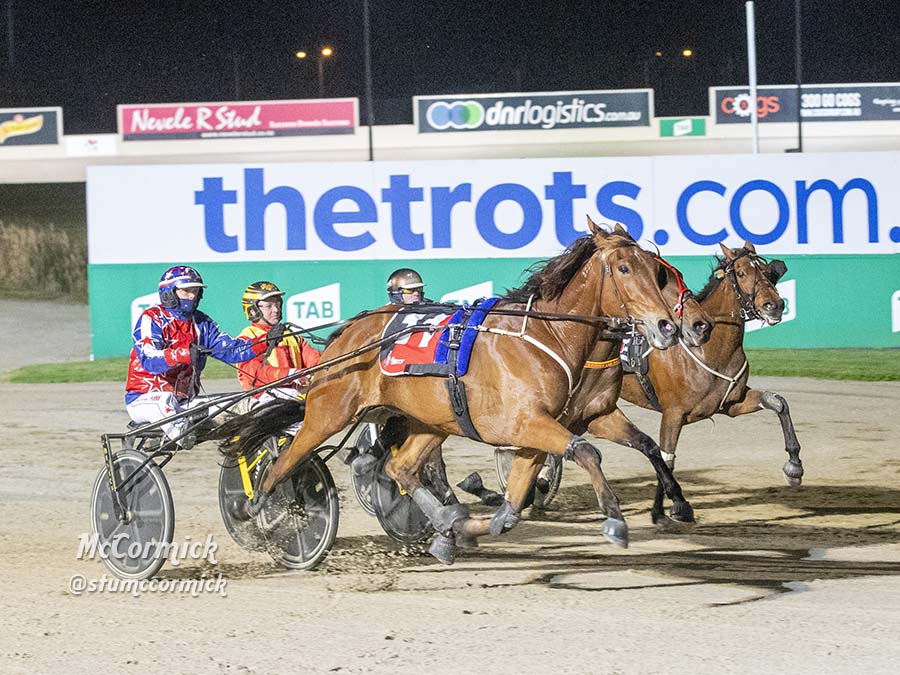 “She’s got ability. Once she starts putting it together, she should win a few nice races.”

Jason Lee admitted winning on “a family horse” was a bit special.

“Paddy’s put a lot of work into this fella. He’s been a lot of hard work from day dot. He’s been difficult, but he’s got a bit of a motor. All credit to Paddy.”

Lee said his confidence spiked when he knew Paddy was attending the races given his brother’s beloved Cats were playing off in a preliminary final.

“He generally won’t go to the races if Geelong are playing,” he said.

Keayang Ninja is by Wishing Stone out of Keystone Crosby mare Another Clare, who won nine races for the Mahncke family between 2009 and 2014.

He rated 1:58.9 over 1720m to defeat Illawong Barmah (Craig Demmler trained and driven) by 4.9m with Utopia (trained by Emma Stewart and driven by Jodi Quinlan) running third.

Sheza Pleasure is by Bacardi Lindy out of Sierra Kosmos mare Sheza Comment, who never raced but has so far thrown multiple winners Sheza Amason, Lord Lohki and Millys Magic.

She rated 1:59.6 to defeat Keayang Xena (trained by Paddy Lee and driven by Jason Lee) by 2m with Evas Image (trained and driven by Chris Lang) finishing third.

So, tell your friends – there are many avenues to getting involved in the trots. There is big money invested at the top end from major players daring to dream; bargain buys at every yearling sale and dotted through claiming races; and family

projects whose toil and tears are often immeasurable as they pursue their lifelong passion.

PLAN YOUR NEXT STAR: CHECK OUT THE 2021 APTS ENTRIES ONLINE TODAY