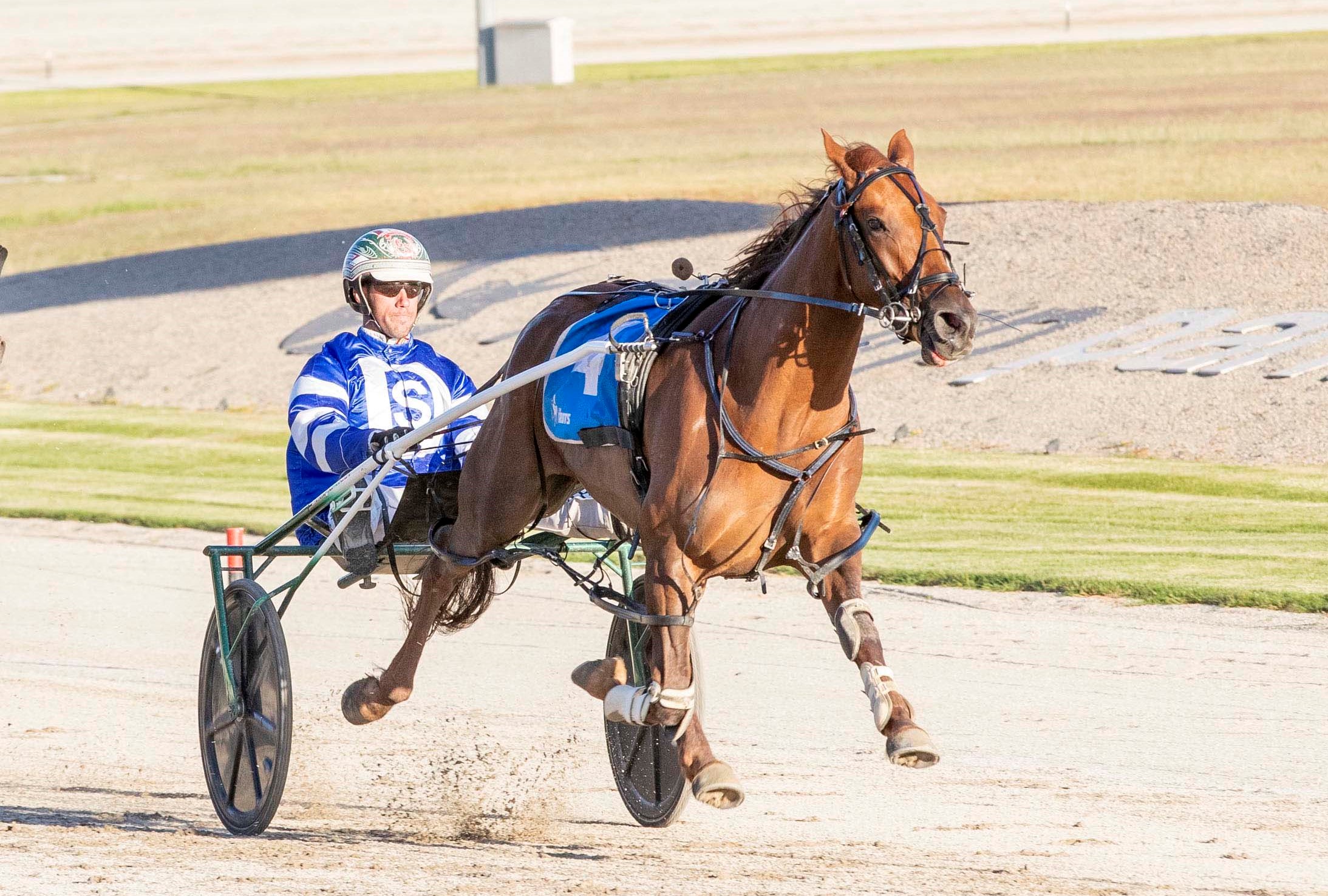 Greg Sugars combined with three trainers to pilot four winners in yet another big performance in the sulky on Friday night.

Sugars joined forces with Clive Dalton, Matt Maguire and wife Jess Tubbs to win close to half the card at Tabcorp Park Melton before narrowly missing a fifth winner aboard Allan McDonough-trained Flying Jo, who went down by a half-neck in the second last race of the evening.

The “Candyman” kicked off his winning ways behind Melinka, who stunned punters by defeating raging $1.10 favourite Spirited Belle in the IRT Australia Pace.

The sprint lane success was soft in the end, with the mare racing past the well fancied Emma Stewart runner to score by more than 6m. It proved her fourth win for Dalton, who has only had the daughter of Shadow Play since August last year.

It was then over to Matt Maguire - who trains at the Sugars/Tubbs property in Myrniong - to prepare the next two winners. 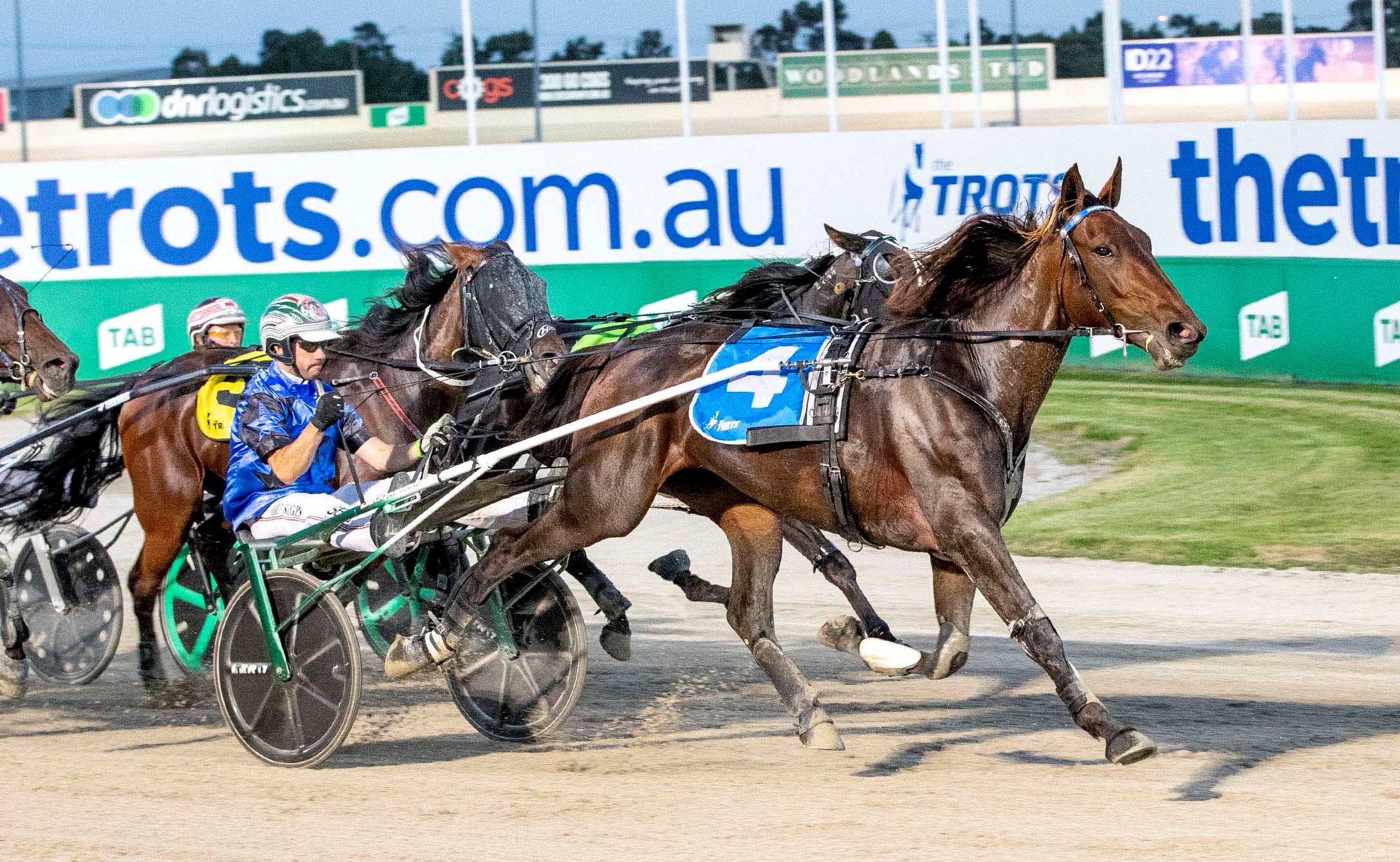 In her first start since leaving the Brent Lilley yard, Kyvalley Surfergirl caused a false start, but got it right the next time around to take out the Niota Bloodstock Maiden Trot.

“She was a little bit keen behind the gate and the cart was too far forward. She hit the wheel and that’s why she broke,” Sugars explained.

“I was able to get a second go at it, move the cart back and got away safely the second time around.”

Maguire’s stablemate Ona Highway Tohell then backed up his Geelong win from February 3 with another victory in the Seppelt Wines Pace. 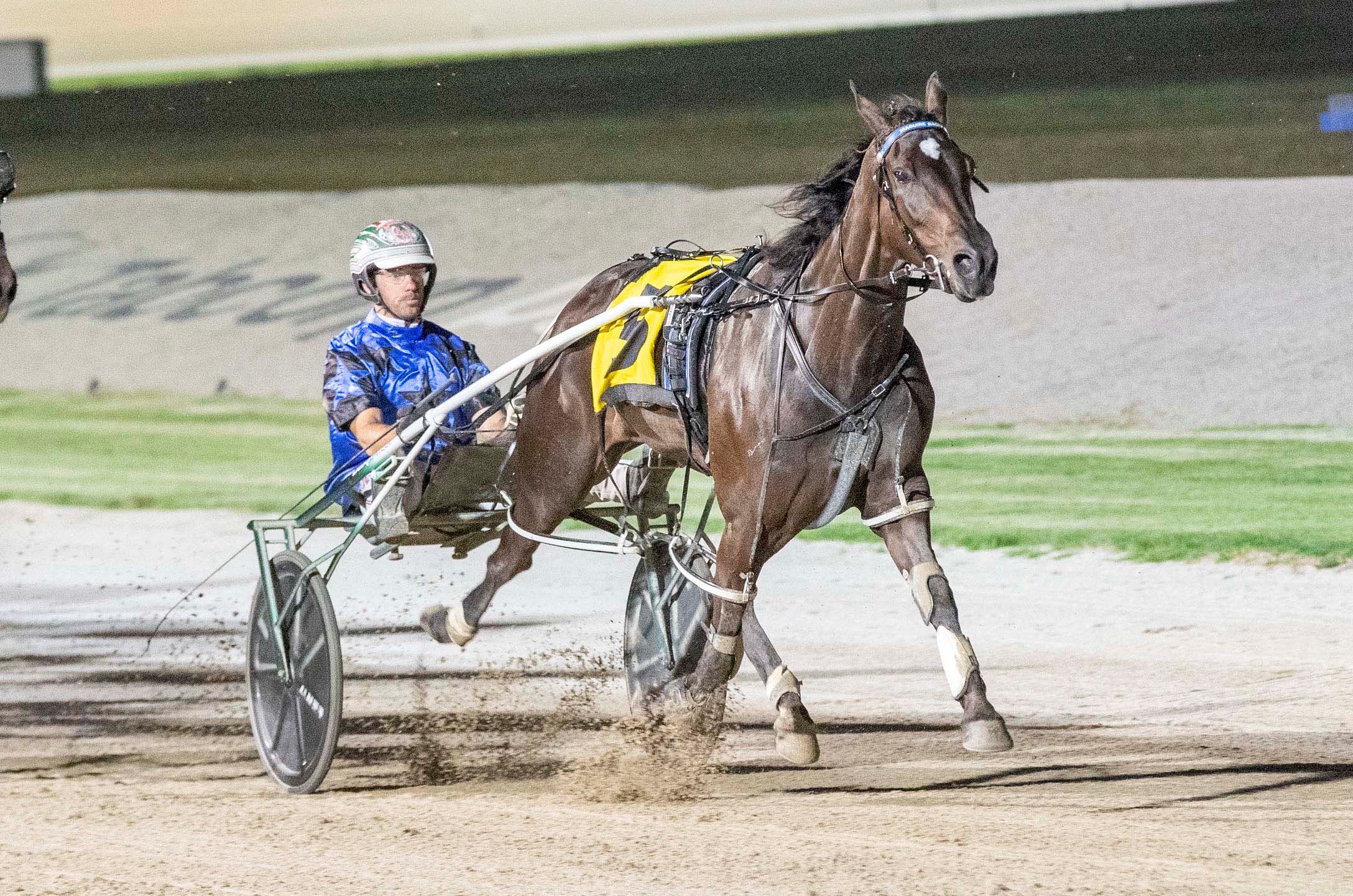 Sugars found the fence from gate four, handed up the lead to Endeavour Stride and then ran past that horse in the straight to score a comfortable success.

It has been a great little turnaround in form from the four-year-old gelding, who Sugars explained had been unwell for a period of time before his last three trips to the races.

Sugars brought up the quartet with four-year-old I Choose after she stepped well and led all the way to win the Swift Signs Trotters Handicap by a narrow margin.

It was the mare’s fourth triumph at her final run for the Tubbs stable, with the daughter of Bacardi Lindy to now compete in South Australia for new trainer Claire Goble.

She was previously owned by Dom Martello, but he moved her on to new connections after an injury early in her career.

“We haven’t quite had the ride that we would have liked with her, but it’s good to get a couple of wins on the board now and hopefully she will be better suited in Adelaide…,” Sugars said.

In a big night for the Myrniong stable, Darby McGuigan, who now works for Tubbs and Sugars, drove the opening winner of the card.

McGuigan partnered James Elliott-trained Royal Hart to take out the DNR Logistics 3YO Maiden Pace at his racetrack debut.

The son of Lincoln Royal is out of Miss Sweethart, who Elliott previously owned and trained.