The rich Elizabeth Clarke Mares Triple Crown bonuses are well in play as Our Princess Tiffany was scintillating in winning tonight’s first leg, the Benstud Make Mine Cullen, with promise of even better to come.

Despite being first-up since her recent Australian arrival, and according to trainer Dean Braun possibly needing the run, the mare looked in a class of her own in coming from the back of the field to win by 3.5 metres and tick past $850,000 in stakes won.

And there's an additional $20,000 bonus if one mare should win all three legs of the series, which continues with the Angelique Club Pace on October 23 and concludes with the $100,000 Benstud Queen Of The Pacific on October 31.

Pre-race, Braun told Trots Vision Our Princess Tiffany had arrived from Mark Purdon and Natalie Rasmussen’s stable “in fantastic order”, but it was a “tough draw tonight over the mile”. 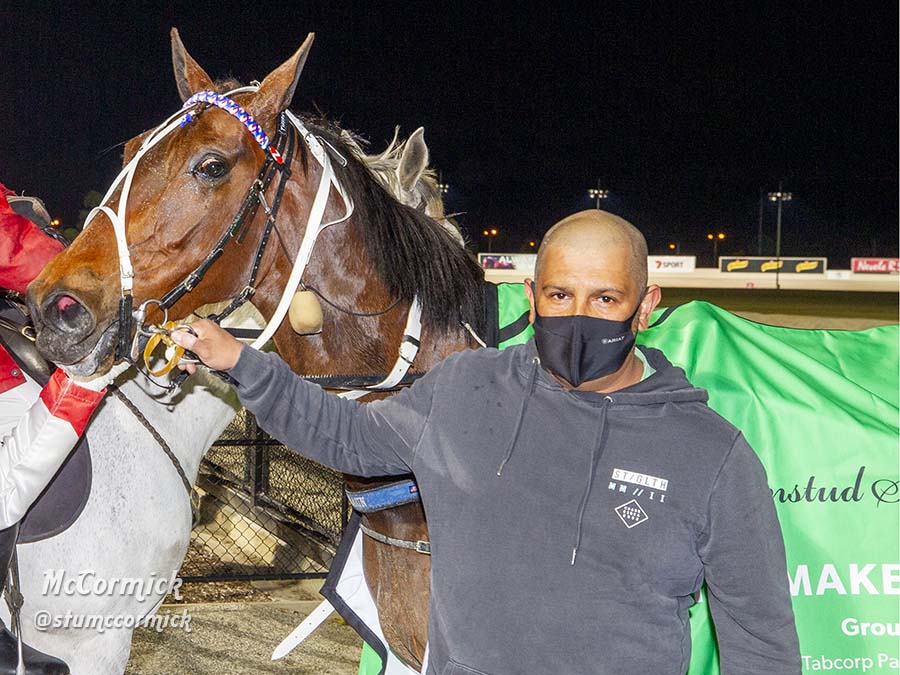 “I’m sure next week and the week after she will really come to it. Not that she’ll be far away tonight either, but we just need a bit of luck,” Braun said.

1720 metres later those words serve as a warning for how hard it will be for any mare to deny Our Princess Tiffany a win this series, with the four-year-old impressing her first-time reinsman Chris Alford with a super late dash tonight.

“Surprising how well she did it coming from so far back," Alford told Trots Vision. "The time for the first lap was solid without being crazy and there some really good mares up front. I thought we are in a bit of bother here.

“When they sprinted up again down the back she really grabbed the bit and travelled well, she was nearly pushing Mick (Stanley on Goodtime Heaven’s) hat off around the bend she was going that well.”