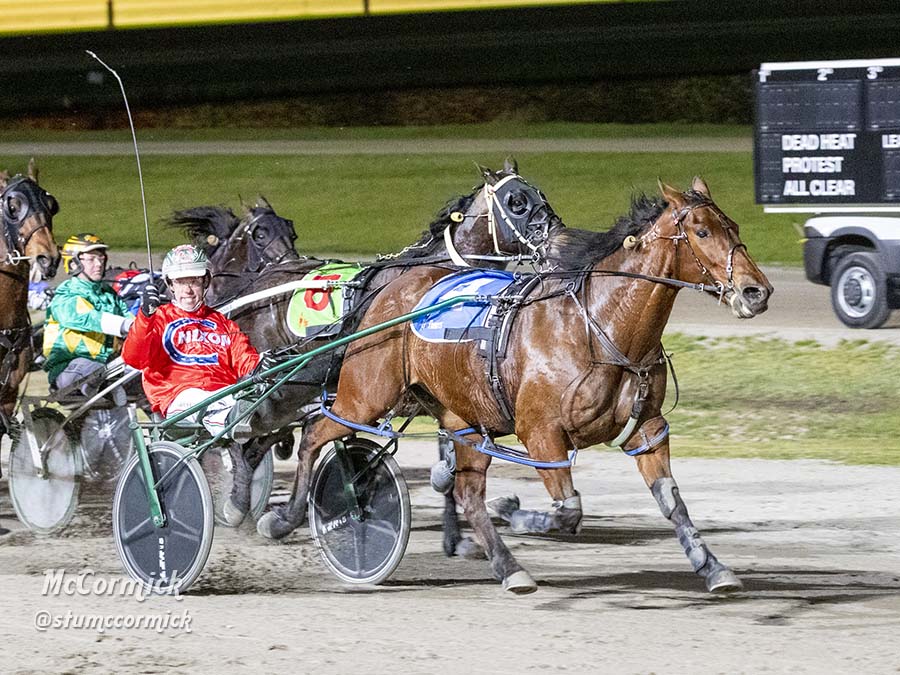 There were tears of joy in an emotional post-race interview as husband and wife Greg Sugars and Jess Tubbs celebrated Triple Eight's VHRC Caduceus Classic success.

The usually cool, calm and collected Sugars raised his whip in triumph as the former New Zealander powered to victory in the $100,000 Group 1, and then choked up as he articulated just how special the win was for his family.

"We were lucky enough to win our first Group 1 with Momentslikethese earlier this year, which was sort of a bittersweet moment for us because we couldn't actually be there (in Queensland) to finish the job off for ourselves," he said.

"Full credit to Jess really. I've only driven this horse this preparation pretty much at the races, she's done all the work at home and I'm so proud of her."

Sugars positioned Triple Eight midfield in the running line through much of the 1650m trip and then brought him to the centre of the track in the home straight, where he finished too strong for runner-up and favourite General Dodge, who speared to the lead from barrier five and handed up to Max Delight. Out To Play flashed late for third, with the mile rate clocked at a slick 1:51:7.

"That's just amazing, I'm so proud of him," Tubbs, from Myrniong, said.

"I'm rapt that Greg drove him so well as always and just so thrilled for the owners. I'm shattered they can’t be here - they'll be hopefully jumping up and down having some drinks at home."

Known affectionately as the ‘Pacing Priest’ for his work done within the harness racing industry, Father Brian Glasheen holds a share in the gelding along with some close friends, who purchased him from New Zealand and sent him to Tubbs’ stable shortly before February’s Hunter Cup.

The six-year-old's maiden Group 1 success takes his career record to 16 wins from 67 starts, his prizemoney up over $400,000 and leaves him as one of the key fancies for the Pryde's Easifeed Victoria Cup on October 9.