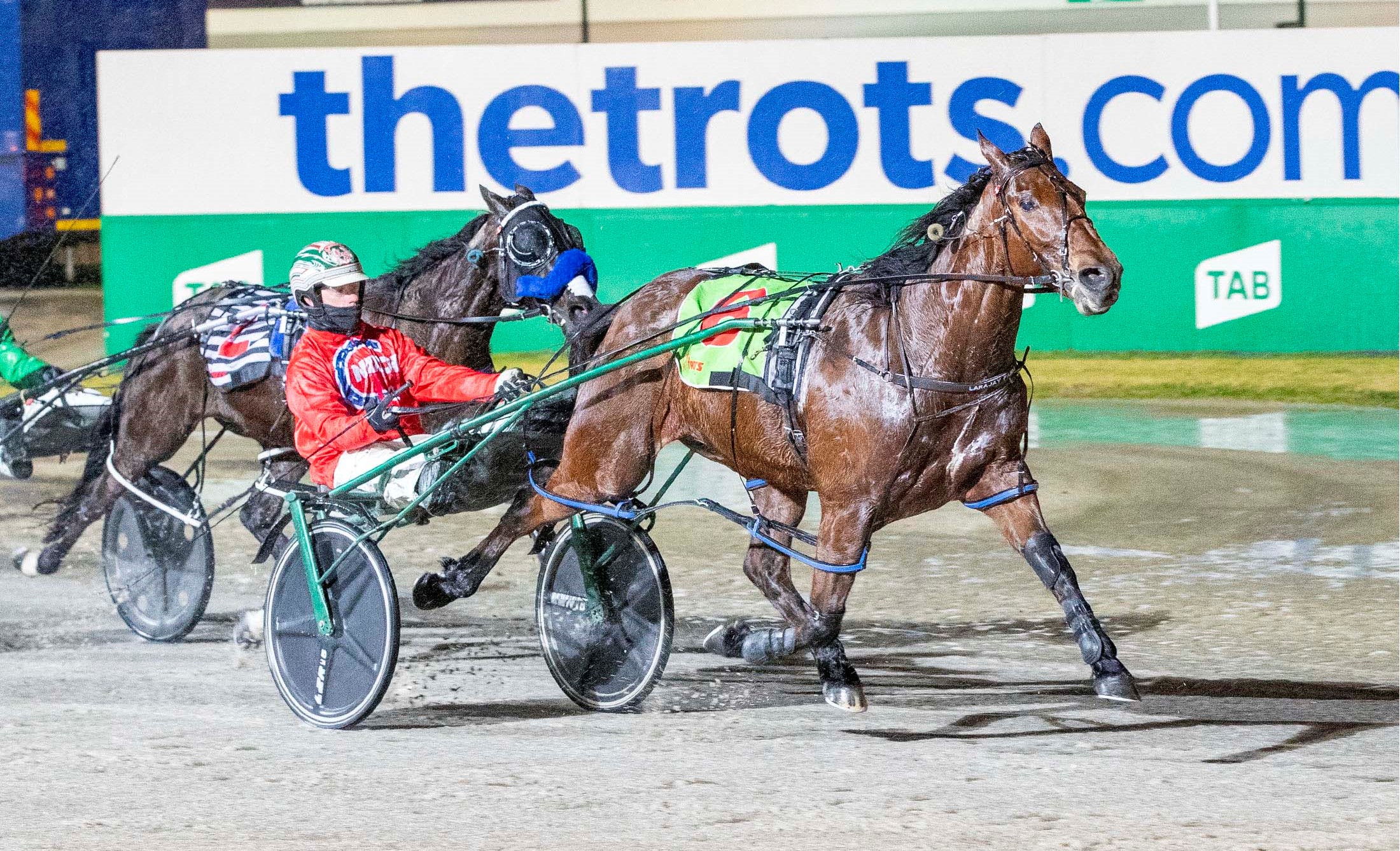 Father Brian Glasheen was among the owners celebrating Triple Eight's return to winning ways on Saturday night after the former Kiwi braved the wet and wild conditions to score at Tabcorp Park Melton.

The horse's first preparation in Australia finished on a sour note with disappointing runs in the Tasmania Cup and Warragul Pacing Bowl Cup during March and April, but he bounced back to his best with victory in the Become A VHRC Member Today Free For All.

Triple Eight was an eye-catching second to Always Fast at Geelong a couple of weeks ago, and while driver Greg Sugars was forced to park outside the leader for much of the 2240m trip, he still had the class to pull clear in the home straight and score a comfortable 4.1m win.

It was just the six-year-old's second triumph in Australia since arriving here for February's Hunter Cup.

"There's been a couple of little issues there that we've had to rectify...," Sugars said.

"He is a quality horse and to get him somewhere back on track to what he should be doing is very pleasing from our point of view."

Known affectionately as the ‘Pacing Priest’ for his work done within the harness racing industry, Father Glasheen holds a share in the gelding along with some close friends who purchased him recently from New Zealand.

The horse has now won 14 of his 64 career starts for more than $330,000 in prizemoney, and looks set for a nice preparation this time in.

"It’s exciting to get horses of this calibre that are well credentialed to lob at your doorstep, but then obviously there's a certain amount of pressure to make sure you get the job done with them," Sugars said.

"It was a little up-and-down sort of start, but really pleased to have him back on track. So hopefully that's just the first of many (wins)." 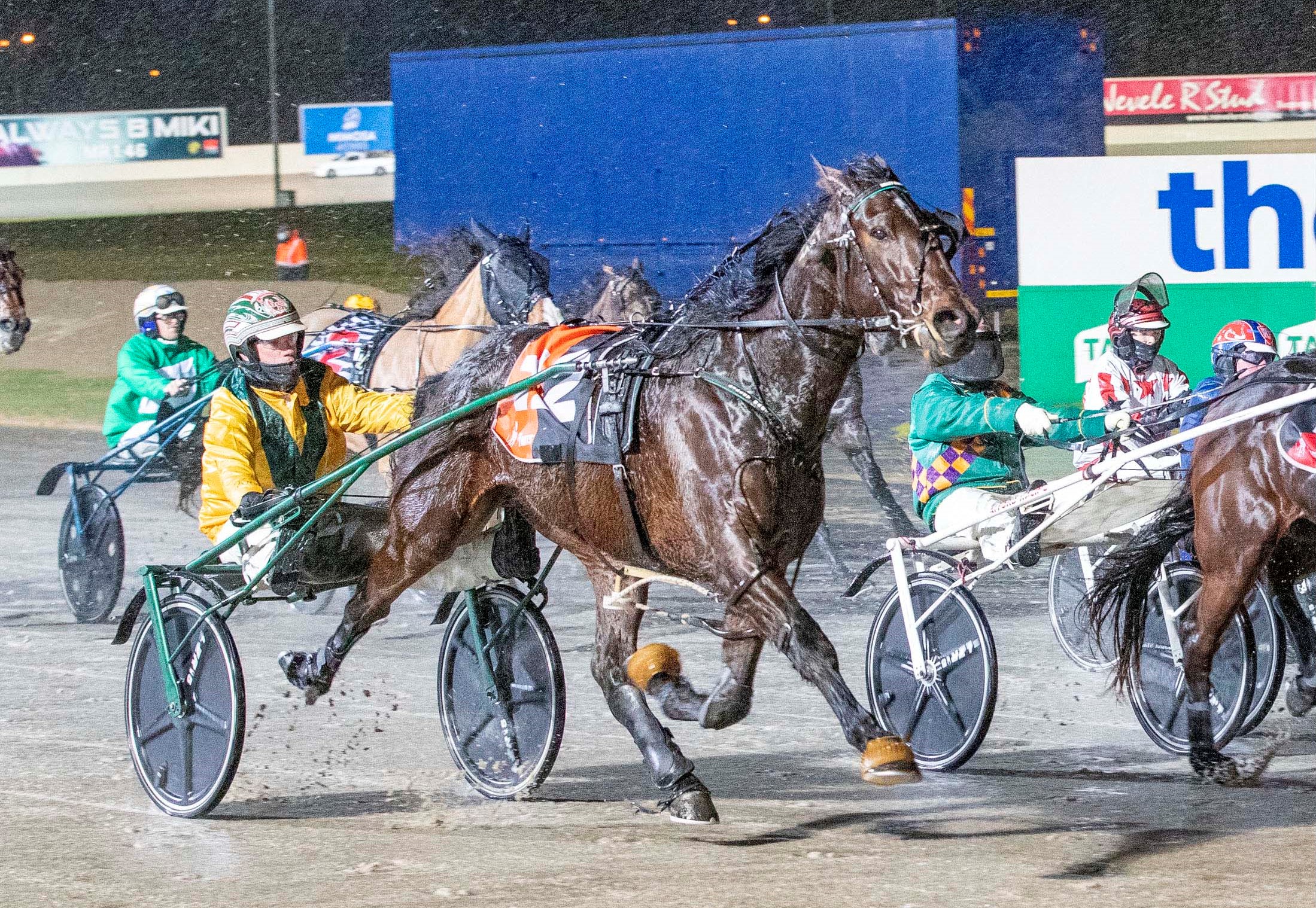 The pair swooped from back in the field, with Sugars just doing enough to get his horse over the line for a third-straight victory.

Chris Alford drove both horses to win their heats last weekend at Kilmore, but decided to take the reins of the runner-up.

Is That A Bid (Michael Hughes/Rodney Petroff) put in one of the biggest runs of the race, flashing home for a close-up third.

The success continued a purple patch of form for the son of Muscle Hill, who has now won 12 of 32 trips to the races.

Earlier in the night, Diamond Party landed an impressive Group 3 victory in the TAB Jane Ellen.

The former New Zealander is now in her second Australian preparation and scored her biggest result to date for trainer-driver Joe Pace.

Pace found the lead from barrier one and took cover in the early stages, waiting for the sprint lane to open up for a dash to the line. And it proved an inspired move, with the daughter of Art Major finishing best to score by just over a metre to Enchanted Stride (David Miles/Kate Gath), with She Will Rock (Chris Svanosio/Tayla French) third.

Pace said an ability to sprint quickly was one of the mare’s key assets.

"She showed that up in New Zealand and that's the reason we bought her," Pace said.

"She sat up a couple of times in New Zealand and was beating some quality horses by sitting up."