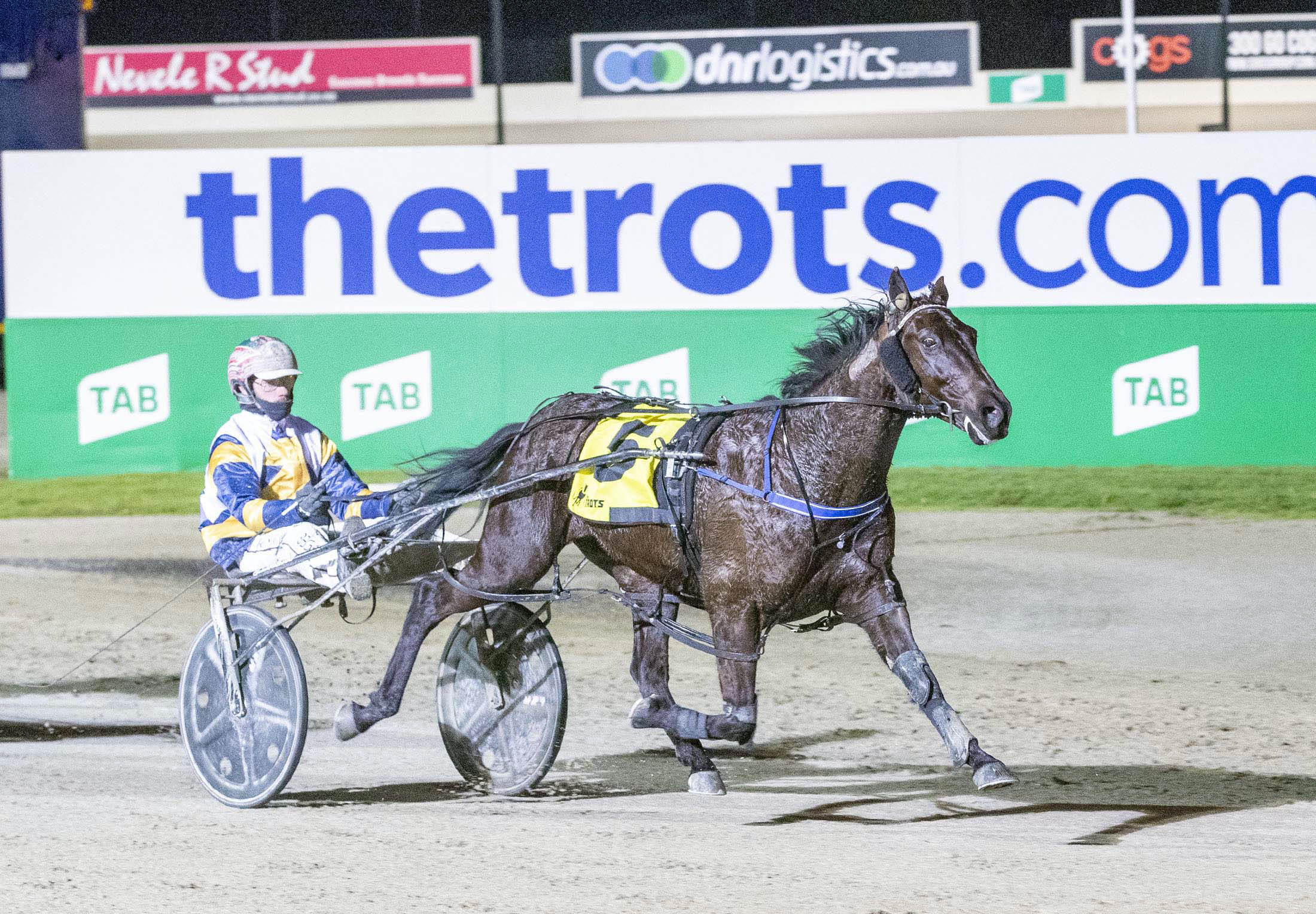 There aren't many country crowns missing from Greg Sugars' cabinet but a Maryborough Gold Cup is among the few and the talented reinsman is well placed to rectify that this Sunday.

Code Black has been backed into $3 favourite for the Maryborough title with TAB.com.au, having opened at $3.30, recognition of his impressive campaign since joining Emma Stewart's camp.

"He's only a little fella but there's probably not many horses racing better than what he is at the moment," Sugars told the Trots Talk radio show, which promotes the championship throughout the 2019-20 season.

Code Black was slashing late to finish second behind San Carlo in the Jet Roofing Kilmore Pacing Cup on September 26 and then followed up with an eye-catching fourth in the TAB Smoken Up Sprint and ninth in the Pryde's EasiFeed Victoria Cup.

"He obviously goes around in top company every time he steps out on a race track, all his runs this preparation for Emma Stewart, they've been hard to fault," Sugars said.

Handed gate 10 for Sunday's cup, Code Black will likely have to win from back in the field but Sugars said options remained open and the son of Bettors Delight was capable of winning a few different ways.

"He can do a bit of work if need be," Sugars said. "In a couple of his recent runs, in the real high echelon of racing, I've driven him more as an opportunist and let the others do the bullocking work and he's been very powerful late. He ... can probably adapt to most situations as they unfold."

Sugars will also steer Maori Law in the trotters cup, who he told Trots Talk had been "a model of consistency" and "should be nearing peak fitness now".

He will cross swords with $2.25 TAB.com.au favourite Jilliby Babavska, who Sugars said was "certainly an exciting horse to watch throughout this country series".