Luke McCarthy on Bling, Cash and all things Victoria Cup 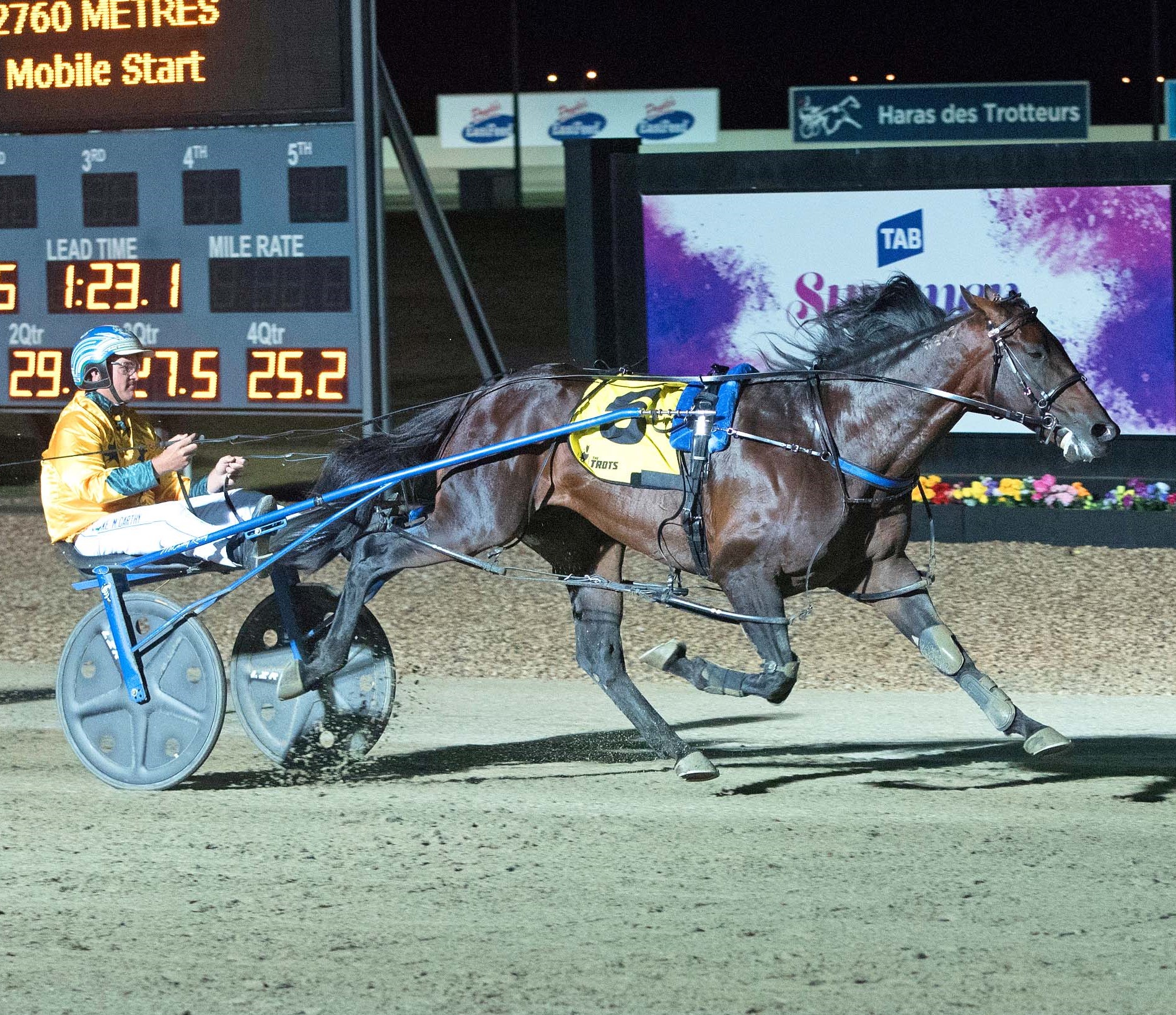 Colt Thirty One is rightly favourite, Cash N Flow the likely leader and Bling It On and Alto Orlando will be hitting the line as well as any.

They are some of the assessments of gun reinsman Luke McCarthy, who will be perfectly placed to watch the action unfold in Saturday night’s Pryde’s EasiFeed Victoria Cup before striking late with Bling It On.

“Colt Thirty One (gate one) deserves to be favourite from the draw, he’s going to get a dream run,” McCarthy said. “I wouldn’t imagine he’d hold the front because he’s going to know that I’m sitting on his back. If he does sit on Cash N Flow he’s probably the one to beat.

“I’m happy with (drawing gate eight with Bling It On), he’s going to be right there following two good horses and not have done any work to be there.

“If he can get any sort of luck late we know he is going to hit the line super. He will just need a bit of luck in that last 400 to 500 metres. If he gets clear you know how well he will hit the line.”

McCarthy said “regardless of the draw” he was always going to drive Bling It On, who he labelled “a professional horse” who has “been here since he was a yearling”.

“Cash N Flow’s work has gone to another level. We were really confident he would go good in the Smoken Up. He’s come through the run really good,” McCarthy said.

“He’s jumping out of his skin this week, he seems even better than he was last week. With it being the 2200 metres rather than the 2700, it’s still a short trip and he’s got good speed. He will be in front, Todd’s got some good form and they will have to catch him.

“I didn’t even pull the ear plugs on Saturday night in the Smoken Up, really only just shook him up a little bit in the straight. If I had have got going a bit earlier at the corner he would have broken the track record easily. He’s in career best form and he’s come up with a good draw.”

And should the Victorians pour on the pace through the likes of Tam Major, Buster Brady and San Carlo, Bling It On and another Craig Cross-trained runner – Alto Orlando – will be lying in wait.

“(The back row draw) will suit him,” McCarthy said. “He came from last in the Blacks A Fake when he ran second to Colt Thirty One, so he’s got great speed; if there is heaps of burning early and mid-race pressure he’s obviously the one run-on horse that will be flying home.

“We’ve got a really good team at the moment, nice group of horses and hopefully we can have a bit of luck on the weekend.”